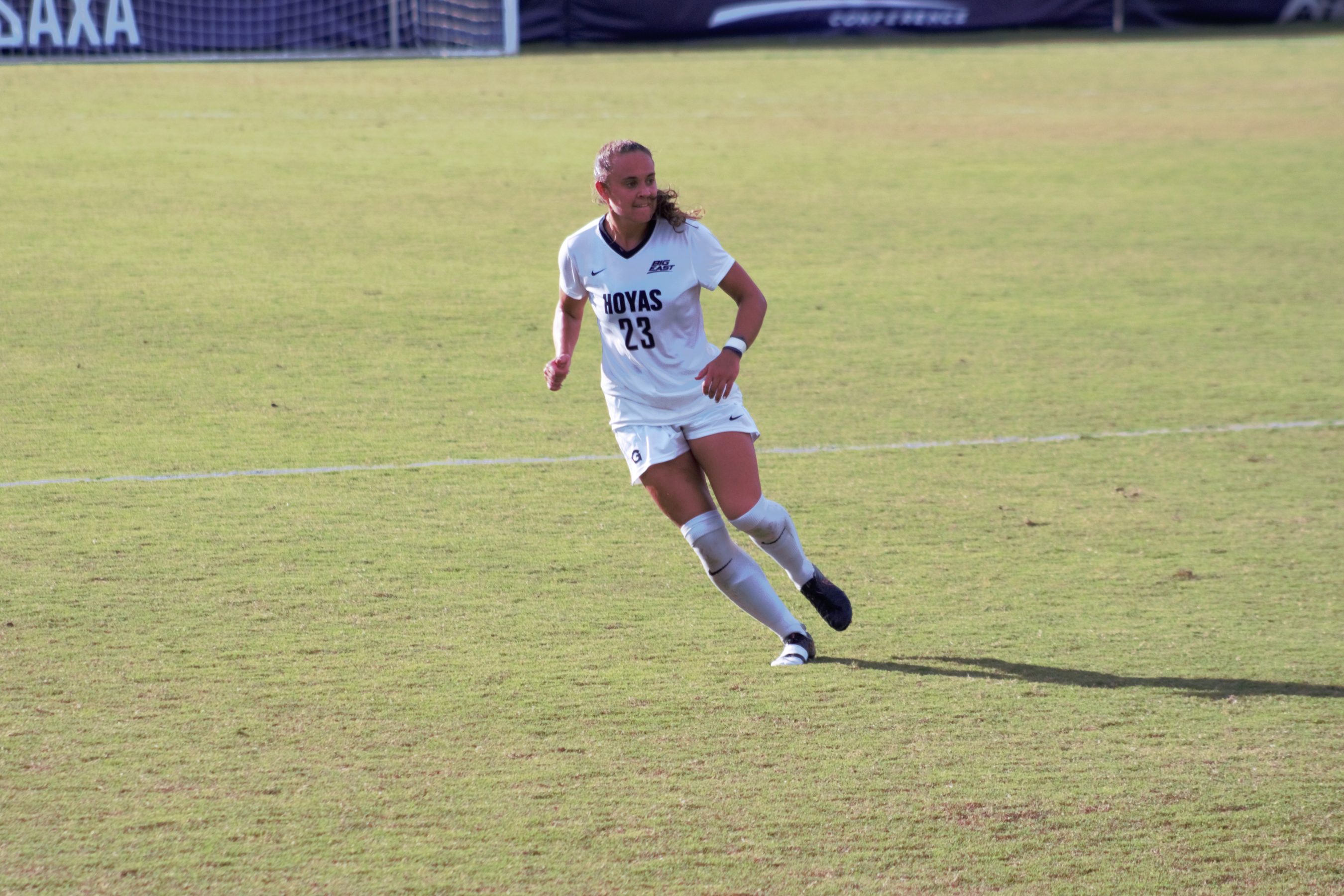 The Georgetown women’s soccer team (11-3-2, 5-1-1 Big East) handily defeated Marquette (10-6-1, 3-4 Big East) at home on Thursday afternoon by a score of 3-0. Georgetown clinched another Big East tournament bid and notched its twelfth shutout of the year.

The first goal of the match came in the 15th minute from senior midfielder Taylor Pak. Pak ripped a shot into the lower 90 after receiving a well-weighted pass from fellow senior midfielder Rachel Corboz, which earned Corboz her tenth assist of the season and leaves her four shy of the all-time record. This was only Pak’s third goal of the year, which she said she “was very excited [about], because I normally score a couple of those [goals] and I hadn’t had one yet this season.”

The Hoyas tacked on another goal in the first half, this one coming from sophomore forward Paula Germino-Watnick in the 30th minute, who blasted a shot past the keeper from the top of the box. This capped off a dominant first half from the Hoyas in which they controlled possession for a majority of play, and their defense held Marquette to just one shot on goal.

In the second half, the Hoya defense continued to shut down the Golden Eagles, despite them battling for more possession and managing two shots on goal. Both of these shots were saved by Georgetown senior goalkeeper Arielle Schechtman, sealing her NCAA leading twelfth shutout of the season. When asked about earning yet another shutout, Schecthman said “my back four did a great job not letting them get shots off.”

Finally, in the 83rd minute, redshirt sophomore forward Amanda Carolan converted on a “one-two” pass down the right side with freshman forward Jenna Menta to punctuate the Hoya’s win. This was more of the same for Georgetown, as it put pressure on the Marquette defense throughout the entire game.

With two games left in the regular season, the Hoyas are beginning to prepare for yet another postseason run. When asked what impressed him most about his team, head coach Dave Nolan said his team’s “consistency” and stellar defense, “playing sixteen games and only giving up seven goals” have stood out to him the most thus far, and their ability to “keep getting goals from a variety of people.” Georgetown will look to continue its lockdown defense and equal spread of offensive production throughout the rest of the season and the postseason. 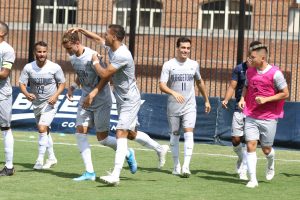