The first season of Stranger Things came out of TV left-field. It was terrifying and heartwarming. It was engrossing to the point that you couldn’t help but binge-watch, but felt guilty for not taking it slow. It had an 80s-style charm with a new-age intrigue. And with one 10-episode season, it was the perfect time frame for the plot, not a minute too short or long.

So now that a second season is coming, I sit and wonder whether it will ruin the perfection. Due to its popularity, it would have been nearly impossible to forgo a continuation of the show. But I worry that it will fall into the trap of Twin Peaks—mass popularity forcing a second season, but a failure to have a structured narrative because the first season wrapped up the major plot question. Where Twin Peaks answered “Who killed Laura Palmer?” Stranger Things answered “Where is Will?” So where can the show go from here?

The end of the first season had Will, the young protagonist who was stuck in “the upside-down,” looking into a bathroom mirror and suddenly being transported back into the land of terror that held him for the whole first season. Though the demon-monster-creature-thing that terrorized the characters has died, and one of the show’s major characters has seemingly burst into a million pieces (and also died? Who knows?), there is still potential for more upside-down style catastrophe.

I worry, though, that this will force the show into redundancy. Yes, they could do more with the secret CIA facility, and they could create a new terrorizing monster, but that would just be a repeat of season one. The area of potential development is more in the relationship side of the show. Nancy and Jonathan’s budding romance was left at a standstill at the end of season one where she was seen with her iffy boyfriend, Steve. And, though I am not about to deem a relationship between two tweens romantic, Mike and Eleven were obviously going somewhere before she, well, evaporated.

Maybe (definitely) I’m just a cynicist. There have been tons of shows with successful second seasons despite perfectly wrapped-up first seasons. Of course I can’t think of any, but I’m sure someone’ll prove me wrong. And it’ll be better for my happiness and mental stability if the second season of Stranger Things is just as good as the first. I have faith in the show’s writers to keep making magic. I just don’t have faith in myself to keep my hopes up. 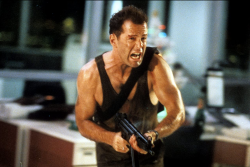