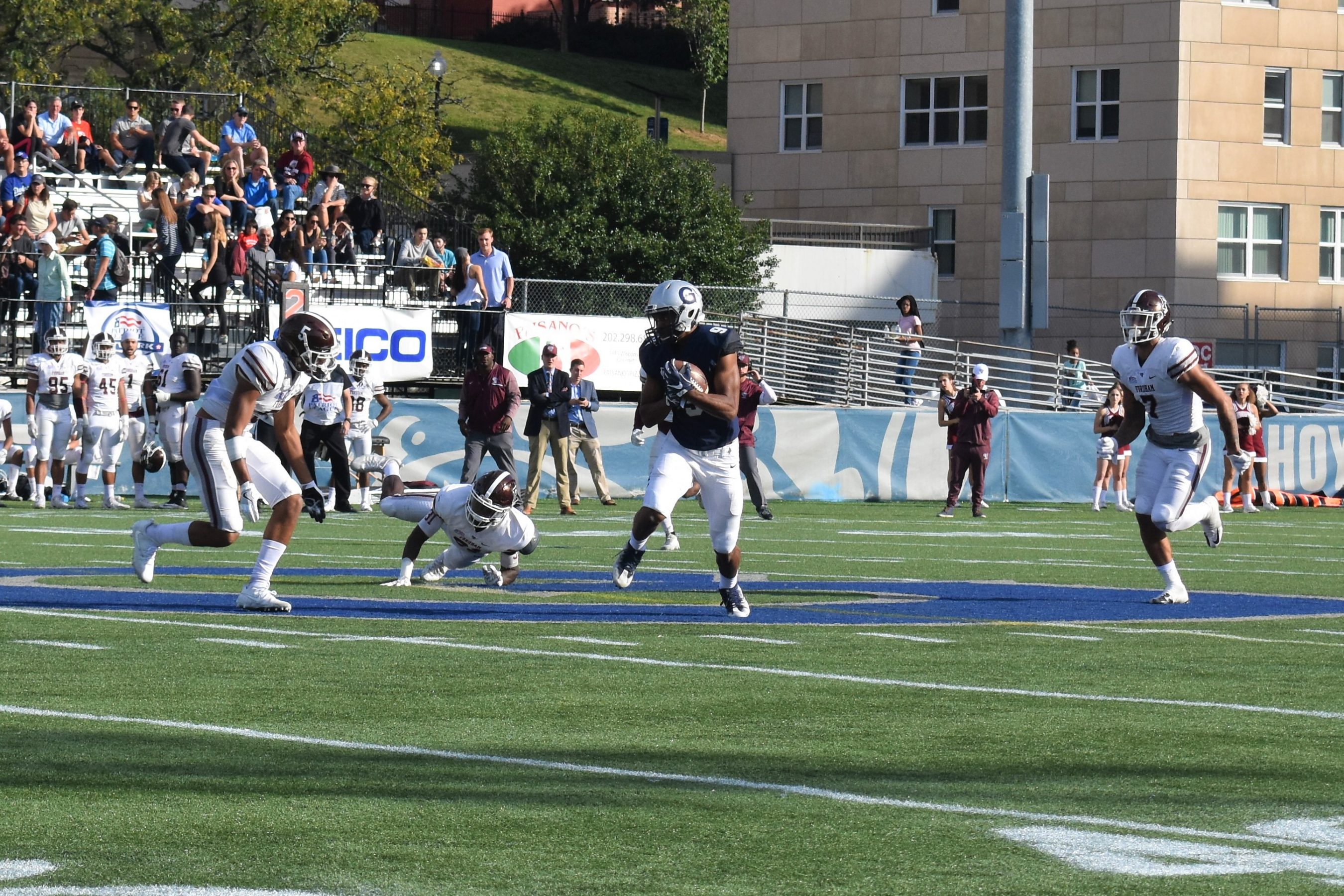 After a 17-9 loss at home to the Fordham Rams (2-6,1-2 Patriot League), the Georgetown Hoyas football team (1-6, 0-2 Patriot League) will look to snap an ugly six game losing streak on Saturday when the team travels to Worcester, Massachusetts for another Patriot League game, this time against the Holy Cross Crusaders (2-6, 1-2 Patriot League). The Blue & Gray will try to crash the Crusaders’ Senior Day and Family Weekend festivities. The game will begin at 1:00 pm.

The Hoyas are winless in six games since their season opening win against Campbell (5-3, 4-1 Pioneer League). Holy Cross, on the other hand, have lost five games in a row since starting off 2-1. The two teams hold the bottom two spots in the Patriot League standings.

“Any time that you play in the Patriot League, you want to play well,” Georgetown head coach Rob Sgarlata said. “All we can do is try to take care of our own destiny and get our first victory this weekend.”

The game against Holy Cross poses a balanced threat. While they are only 2-6, the Crusaders rank third in the Patriot League for both offensive points scored and defensive points allowed.

One Crusader to look out for is team captain and redshirt senior quarterback Peter Pujals. Pujals ranks second in the Patriot League with 258.5 passing yards per game, and ranks second all-time for Holy Cross completions and total yards of offense. The Hoyas will look to put pressure on Pujals and limit his chances.

“When you play a team like Holy Cross with Peter Pujals, you don’t want to give them the ball for forty minutes in a game,” Sgarlata said. “Hopefully we can limit their touches by being efficient on our side.”

“It’s really important [to put pressure on the quarterback],” senior linebacker Dan Yankovich said. “We haven’t been getting to the quarterback as much as we have wanted to, but we put on a bunch of pressure last week, so that helped us out.”

Offensive efficiency has been an important topic this week for the Hoyas. Against Fordham, the Georgetown offense continued to be inconsistent; after scoring at least 30 against Princeton and Lehigh, the Hoyas were only able to muster nine points against Fordham.

“On first and second down, we’re trying to get three or four yards every time,” sophomore quarterback Gunther Johnson said. “We don’t want to be on 3rd and 10+ yards, because that’s pretty tough to convert.” 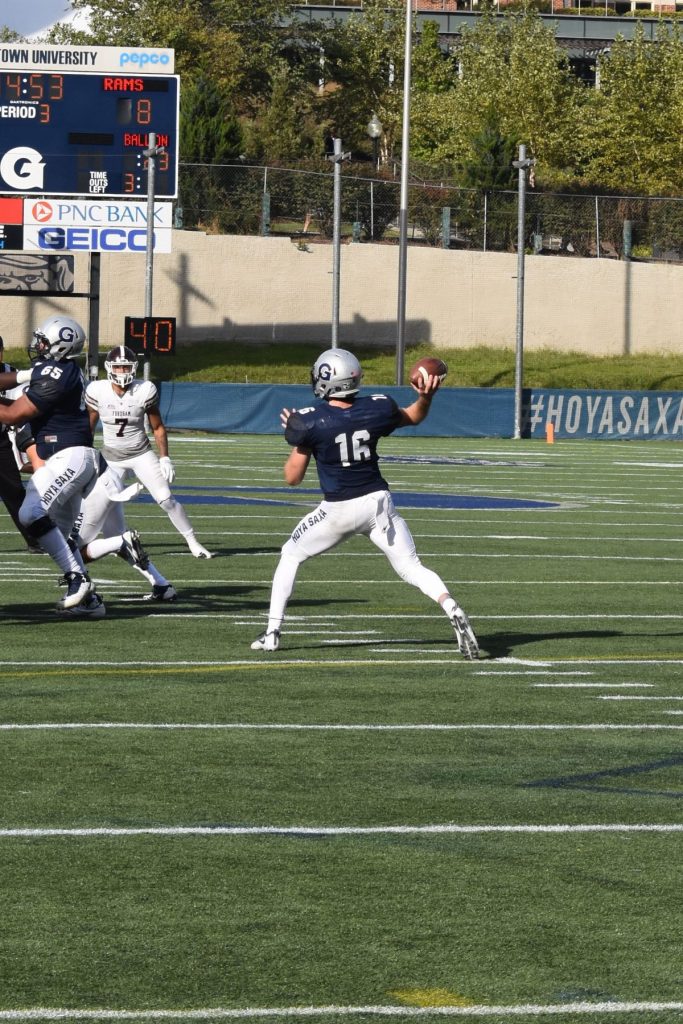 “We believe in what [the offense has been] doing since August. It comes down to execution. One of our biggest Achilles heels on offense has been staying on the field on third down,” Sgarlata said. “Being efficient on first and second down to set up a manageable third down has been a big focus this week.”

As for the defense, Georgetown had a fairly strong performance against Fordham. After allowing at least fifty points to both Princeton and Lehigh, they were able to hold Fordham to just nineteen.

“[The defense] started off the season good, and then we kind of went into a three or four game skid where we didn’t play as well as we wanted to,” Yankovich said. “It felt good to get back to what we’re used to [against Fordham], playing Hoya defense, and I feel like that was a confidence booster.”

With a win on Saturday, the Hoyas may be able to revive their team’s energy and even make a run in the Patriot League.

“We always have battles with Holy Cross, so it should be a good game. Obviously, I want to go up there and beat them in my senior year. I want to get the last laugh,” said Yankovich.