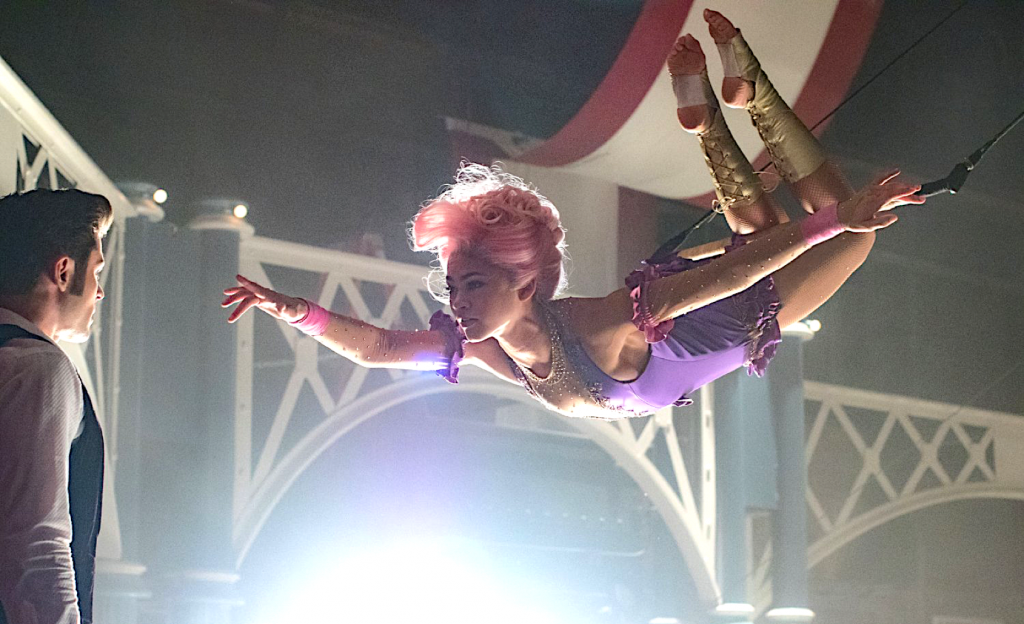 Trailer Takes: The Post, The Greatest Showman, and Game Night

Macy: This trailer drew me in right away with an impressive cast that features many beloved and accomplished actors, including Meryl Streep, Tom Hanks, and Sarah Paulson. As a self-proclaimed Meryl Streep junkie, I cannot wait to see another  honest and moving performance. The compelling premise seems timely, and suggests to me that truly some things never change. Based on a true story, the movie recounts the controversial dispute between the US government and several newspapers over the release of the Pentagon Papers. The trailer introduces the obstacles that Washington Post publisher Kay Graham (played by Streep) must surmount in order to blow the lid off decades of secrets and lies. The resilient protagonists appear to be charismatic and likable; I know I’m already rooting for them.

Clare:  There is a great tradition in Hollywood around making Oscar-bait movies about legendary newspaper/media moments.  The Post doesn’t appear to be in the same class as Spotlight or All The President’s Men, but with an all-star cast including Tom Hanks and Meryl Streep, it may be able to follow some pretty big footsteps.  The actual story behind publishing the Pentagon Papers should be enough to fuel serious tension and action—and judging from the trailer, director Spielberg has not wasted the saga’s potential.  However, there is a feeling there could be too much going on for one film to fully cover.  The trailer seems to bounce from conflict to conflict: what’s the government covering up? How can they get access to the hidden information? Can the Post even publish it? One shot from the trailer shows the Supreme Court, and I’m curious to see how much of the legal battle surrounding the papers gets covered.  It’s remarkable that the character of Daniel Ellsberg, who actually leaked the document to the Post, does not, to my knowledge, make an appearance in the trailer.  The Post has the chance to tell a dramatic tale that still shapes the way we write and absorb news today—let’s hope the filmmakers have the space and vision to pull it off.

Macy: Aptly named, the trailer for The Greatest Showman is immediately eye-catching, displaying whimsical, flashy circus performances, revealing a hint of danger, and promising some Zac Efron screen time.  The movie celebrates eccentricity, featuring a bearded lady and jumping lions, and promises to be a fun and uplifting watch. The movie seems to be entertaining and very family-friendly.

Clare: An uplifting family musical about PT Barnum, starring Hugh Jackman, Zac Efron, and Zendaya? Uh, okay.  In all seriousness, the second trailer for The Greatest Showman seems unable to make up its own mind about what it wants to be, jumping from moving family drama to inspirational “it’s on the inside that counts” pablum to… musical? It’s an exuberant blend of bright color and lively songs, but like the original PT Barnum show, all the spectacle seems to be covering for a lack of real substance.  And those CGI lions look hilariously fake.

Macy: Originally, I was excited to watch a comedy with Jason Bateman and Rachel McAdams, and although I admittedly laughed (only once though), this movie fell extremely short of my expectations. Every aspect was predictable and the jokes just did not land. I felt like I had heard every joke before, and watching comedians run around with stuff blowing up in the background doesn’t exactly scream originality.

Clare: While I usually don’t hold out much hope for this type of couple’s comedy, Game Night appears to have a few decent laughs in it.  Take an engaging premise—a fake murder mystery night turns into a real crime—add in some actors with comedic chops AND chemistry (Jason Bateman and Rachel McAdams), and infuse a funny script that seems reminiscent of The Hangover, and you have a film that actually looks promising.  Bateman’s delivery of the line “BLOOD?!” may be worth the admission price alone.