I watch a lot of movies and television. In fact, I pride myself on my binge-watching ability. My favorite thing to do is curl up in bed, snacks handy and the TV (or laptop, because it’s 2017 and who isn’t watching everything on their laptop now?) playing whatever show I’m into at the moment.

I believe it’s largely a product of my upbringing. There was never a limit on how much TV I could watch as a kid. I spent hours with my great-grandmother watching game shows like Wheel of Fortune, Whammy, and my personal favorite, American Idol. We would spend the entire two-hour ride to my Uncle Jim’s house in New Jersey discussing our opinions on movies. I would eagerly listen as he described waiting in line for two hours to see The Exorcist, or how mesmerizing it was to watch Star Wars in theaters when it first came out. I marathoned every single Harry Potter movie with my aunt, my cousin, and my mother—all at different times. I was surrounded by TV and movies.

And it’s what kept me going, because through all of this bonding over Star Wars or Wheel of Fortune, I spent a lot of time worrying about my family. In 2009, the family matriarch, my great-grandmother, passed away from cancer. Just a few short years later, my mother, my two older brothers, and I all moved into my aunt’s apartment smack in the middle of one of the most violent neighborhoods in Brooklyn. Things were definitely not easy for us.

Throughout middle school and high school, I watched my aunt get up early each morning for a job she hated just so we could eat, and still sometimes struggle to put food on the table. I watched my mother, one of the strongest women I know, break down because she couldn’t find a stable job. I watched her support three kids despite that. I watched the police take my brother away, and I watched him come back home. I watched my other brother lie in the hospital on his deathbed, and then I watched him get better. And through all of this, I watched a lot of television.

I have a hard time allowing myself to feel pain. In the moments when it seemed like my family wouldn’t make it, I had no idea how to process that feeling or how to talk about it, and I grew incredibly anxious. So I would watch something. What I didn’t realize, though, was that through all the TV and movies I watched, I allowed myself the space to feel. 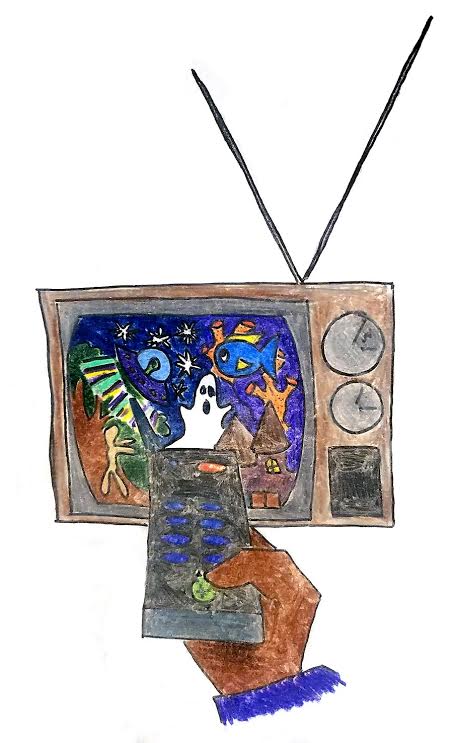 Ask any of my friends, and they will tell you that I get intensely attached to the characters I watch. It was no different growing up. A character’s pain or joy became my pain or my joy. I cried my eyes out and empathized with their on-screen struggles because of my own experiences. And when the movie or episode ended and everything was okay, I wiped my tears, laughed with the characters on the screen, and somehow knew my family would be okay, too. Once I realized how much characters in fictional stories could help me deal with my own feelings toward situations which seemed impossible to confront, I began to appreciate movies and television as much more than just a pastime.

Over the years, I’ve become much better at processing my emotions and dealing with my anxieties. It’s easier for me to open up and talk about my feelings now, and I think a lot of that has to do with TV and movies. Whenever I’m feeling overwhelmed, I may not always need to watch a whole series to process that emotion, but I do refer back to the things I’ve learned from the characters I love. When the pressure of being a first generation college student is just too much and I want to give up, I can always think of Dory from Finding Nemo and tell myself to “just keep swimming.” Or if I’m having a day where I’m not feeling too good about myself, I can refer back to season six, episode 25 of The Office where the iconic character Michael Scott says, “I am Beyoncé always.”

But sometimes, there are still things that are too much for me to handle. Things that I can’t process or feel comfortable talking about instantly. Just this very semester, events occurred back at home when I couldn’t be with my family. It put a strain on me, and much like when I was younger, I wasn’t quite sure how to come to terms with what I was feeling, at least not right away.

So, naturally, I watched Harry Potter.