Georgetown advisory board member steps down after #MeToo tweet controversy

On Jan. 15, a member of the Georgetown Masters of Science of Foreign Service advisory board resigned after his tweets at a conservative female blogger on the #MeToo movement garnered criticism and controversy over the weekend.

Jeff Bernstein (GRD ‘85) tweeted at Allie Stuckey, a conservative commentator on Jan. 13, appearing to hope she experienced sexual assault or harassment so she would be more understanding of the #MeToo movement, a popular hashtag on social media used to connect stories of sexual misconduct and the prevalence of sexual assault.

“Wishing you a #metoo moment. Maybe then you won’t be so insensitive,” Bernstein wrote.

Stuckey’s original tweet commented that the “MeToo” movement was not a symptom of a broken legal system, but of a “broken world.” She tagged Georgetown through her Twitter account with a screenshot of Bernstein’s tweet.

“Hi @Georgetown — someone on your MSFS board just told me he hopes I get sexually harassed or assaulted. Is this the kind of standard your university holds for your advisors?” Stuckey wrote.

Hi @Georgetown — someone on your MSFS board just told me he hopes I get sexually harassed or assaulted. Is this the kind of standard your university holds for your advisors? pic.twitter.com/O2CLUkYvcR

Her response quickly attracted attention from other users, who also tagged Georgetown in their comments and led the university to respond. On Monday, Jan. 19, Dean Joel Hellman announced that Bernstein was stepping down from the board due to his tweet.

“The Master of Science in Foreign Service (MSFS) program at Georgetown University is deeply committed to fostering the role of women in international affairs and promoting respectful dialogue and debate on the critical issues facing our world,” wrote Hellman. “Encouraging, threatening or condoning violence and harassment against another person, in any form and on any format, is deeply inconsistent with the values of the program, our school and our university.”

In an email to the Voice, Stuckey wrote that Bernstein had commented on her tweets before and she is used to trolls and negative messages on the internet. She said she found he had posted “disparaging and inappropriate remarks” towards other young, conservative women on Twitter before and could not ignore Bernstein’s comments this time, reporting his behavior to Georgetown.

“Wishing sexual assault on someone – for any reason – shouldn’t be taken lightly,” wrote Stuckey. “I thought Georgetown should be put on notice that an influential member of their community was in the habit of perpetuating hateful rhetoric.”

“I shouldn’t have said that,” he wrote. “I would never wish harm on anyone.”

Stuckey wrote in a blog post detailing the incident that she had forgiven Bernstein after his public apology and a private one sent to her, but that she still struggled over whether she did the right thing in publicizing his tweet. According to The Washington Post, Bernstein has also lost his job at Solebury Capital due to his comments.

“I want people to know that I find no joy in part of someone’s life being ruined,” Stuckey wrote in her email. “But I think it’s an important lesson for all of us in the dangers of tribalism. We can all do a better job communicating respectfully in the hopes of productive dialogue.” 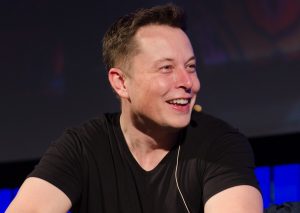 She Runs the World: Christine Fair on Public Discourse