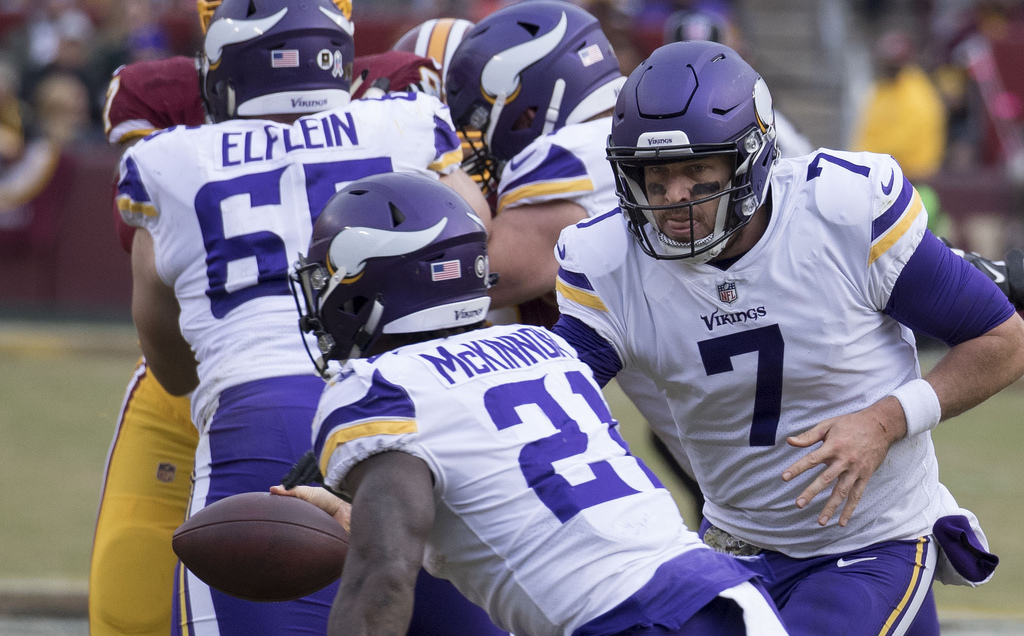 Last September, Sports Illustrated staff writers predicted that the New England Patriots and the Pittsburgh Steelers would meet in the 2017 AFC Championship game. Indeed, for a while, it seemed like this was destined to occur, as the Patriots and Steelers marched their way to identical 13-3 records and met little resistance along the way.

One of the Steelers’ minor blips during the regular season was their tilt against the Jacksonville Jaguars. The Jaguars, an up-and-coming squad led by a fearsome defense and a strong running game, have been this year’s surprise team. All players, from star defensive end Calais Campbell to much-maligned quarterback Blake Bortles, have improved by leaps and bounds this season, and the Jaguars improved their record from 3-13 in 2016 to 10-6 in 2017.

Earlier this season, Jacksonville humbled the Steelers 30-9 at Heinz Field, as Pittsburgh quarterback Ben Roethlisberger threw five interceptions. Although this defeat should have been cause for worry, Steelers players were confident going into the rematch. Safety Mike Mitchell even commented that his team would undoubtedly get to “play [the Patriots] again.” As karma would have it, the Jaguars once again upset the overconfident Steelers in a 45-42 shootout, as rookie running back Leonard Fournette rumbled for 109 yards and 3 touchdowns. The Jaguars became the second team ever to beat the Steelers at Heinz Field twice in a season; coincidentally, the first team to do so was the 2007 incarnation of the Jaguars.

While Jacksonville’s season has defied all expectations, the Patriots’ has simply met them. New England continued its incredible run of postseason success by thoroughly dismantling the Tennessee Titans in the divisional round, a game whose 35-14 scoreline makes the result appear closer than it actually was. With strawberry-averse Tom Brady and hoodie-donning Bill Belichick at the helm, the Patriots have been nigh unstoppable since a shocking Week 1 setback against Kansas City. Their biggest weakness is their secondary—they allowed five games of 300+ passing yards in the first eight games of the season—but New England has been largely solid since then. They now rank a moderate 17th in passer rating against. Offensive coordinator Josh McDaniels, who will likely become the head coach of the Indianapolis Colts after the playoffs, continues to find creative ways to involve players like Dion Lewis and Danny Amendola.

Regardless of how well they played against Pittsburgh, the Jaguars are going to have to take it to another level to defeat the Patriots at Gillette Stadium. Tom Brady is 20-5 in home playoff games, and the last time he lost one—in 2012—Jacksonville’s All-Pro cornerback Jalen Ramsey was still a senior in high school. The Jaguars are absolutely capable of putting up a fight, and this game will be much closer than many fans expect, but in the end, the Patriots are just too good and experienced for the upstart Jaguars to handle.

These two teams cross paths in the NFC Championship as they seem to be heading in opposite directions. The Vikings are coming off what might be the greatest finish to a playoff game in NFL history, beating the New Orleans Saints on a walk-off touchdown, while the Eagles are still licking their wounds after limping past the Atlanta Falcons 15-10.

The Vikings are favored primarily due to their smothering defense. Defensive end Everson Griffen has continued his ascent, while Harrison Smith and Xavier Rhodes lead the secondary. Minnesota also boasts a potent offense loaded with playmakers. Their top wideouts include Stefon Diggs—who caught the 61-yard touchdown pass as time expired against the Saints—and Adam Thielen. However, the best storyline from the Vikings’ season is that of Case Keenum, the former University of Houston gunslinger who only rose to prominence this season after yet another injury to starter Sam Bradford. Keenum has thrown for 22 touchdowns against a mere 7 interceptions, shining in the moments when Minnesota has needed him the most. On paper, the Vikings have one of the deepest squads in the NFL, and even season-ending injuries to their starting quarterback (Bradford) and running back (rookie sensation Dalvin Cook) have not slowed them down. Moreover, they’re playing for the chance to be the first team to participate in a Super Bowl they host, an intangible which will surely motivate them further.

But make no mistake: this Eagles team didn’t implode when Carson Wentz went down, and they won’t go down without a fight. In fact, Philadelphia has gone 3-1 since its talisman quarterback tore his ACL, and journeyman Nick Foles has proved adequate in his absence, tossing for five touchdowns against two interceptions. This is due in no small part to a top-10 offensive line and a solid group of skill players, which includes former Miami Dolphins standout Jay Ajayi, wide receiver Alshon Jeffery, and tight end Zach Ertz. Philadelphia’s defense is bolstered by its front seven, which ranked first in the NFL against the rush, and a stingy secondary. Defensive tackle Fletcher Cox anchors the line, middle linebacker Nigel Bradham leads a fierce linebacking corps, and safety Malcolm Jenkins patrols the secondary.

Ultimately, this game will come down to which offense can put more points on the board. Both defenses are top-tier, so this will most likely be a low-scoring affair. Keenum, though, has been lights-out the entire season, especially when compared to Foles, and as such, Minnesota is  the clear favorite.