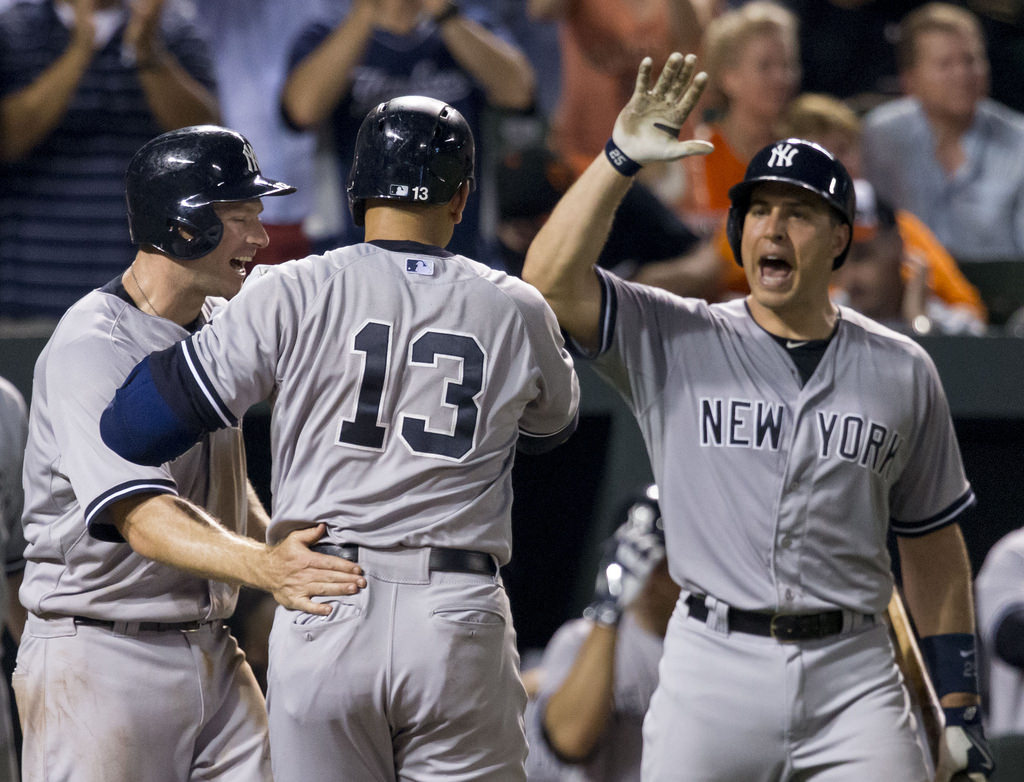 Earlier this month, the Houston Astros acquired right handed starter Gerrit Cole from the Pittsburgh Pirates. This led to speculation that the reigning World Series champions will now be unstoppable in their quest to repeat. Unfortunately for the Astros, this is not actually the case. So let’s break down the major moves this offseason, and discuss why they might be much better or worse than they first appear.

This move was pretty low risk for the Astros, considering they only gave up a couple decent prospects in Jason Martin and Colin Moran. Cole is only 27, so as a pitcher, he’s got plenty of years left in his right arm. When he first came up, however, there was tons of hype surrounding Cole, and he excelled early on. He pitched to a 3.07 earned run average (ERA) over his first three seasons, which is exceptional for a player of that age. Over the last two season, however, he has a mediocre 4.12 ERA, along with a concerning 31 home runs surrendered in 2017. That was good for second most in the National League. In addition, he will be moving to the American League, which has always been much more offense-oriented than the NL. His home games will be played at Minute Maid Park, and after witnessing games 3, 4, and 5 of the World Series there, I would be shocked if his home run rate doesn’t get marginally worse. Cole is young and could certainly regain his elite form, but he has absolutely dropped off over the last couple years. Barring any other moves by Houston, Cole will probably be the number 3 starter behind Dallas Keuchel and Justin Verlander, but if the Astros make the playoffs again, I wouldn’t be surprised if his 2018 performance leaves him out of the October rotation.

Otani was the most highly touted player available this winter, and for good reason. He is just 23 years old, had a 2.07 ERA and a .326 batting average over the last two seasons in Japan’s Nippon Baseball League. He has been labeled the “Japanese Babe Ruth” for his ability to both pitch and hit, and the Angels plan to utilize him both ways. While the idea is fascinating, I don’t see any way that it will work. There have been so many exceptional athletes in Major League Baseball’s history, and in the last 50 years, nobody has been able to replicate Ruth’s abilities. Even the Babe stopped pitching after his age 26 season. In today’s game, pitchers cannot also be position players because of the strict off-day regimen that they follow to keep their precious and delicate arms in shape. Ohtani already has elbow damage, which should concern all of us. I think that if Ohtani focused on just one of the two parts of his game, he could develop into a great player, but I don’t think he can be a successful two way player. We also have to remember that the NBL is nowhere close to the level of play in the MLB. Ohtani’s contract is low risk, but if the Angels are set on using him both ways, they are in for a big disappointment.

I really don’t need to say much about this move. Coupled with the rest of the Yankees’ offensive core, the reigning NL MVP makes the Yankees AL favorites. If he stays healthy, he will continue to mash home runs and drive in runs . The only problem will come many years down the line, when he starts to decline and the Yankees still have to pay him a ridiculous salary. But for now, things are looking pretty darn good for the Bronx Bombers.

For now, Longoria is easily the most iconic player in Tampa Bay Rays franchise history. Now, I fear, he will grow old and bored playing out the rest of his days with a weak Giants team after a trade to the Bay. Last year, the Giants lost 98 games, and while they have made some moves and will have players healthy in 2018, I don’t expect them to make any noise. The Giants are made up of big name players who are signed to massive contracts and are on the wrong side of 30, and Longoria only adds to that list. At 31, he is aging and declining, and comes with an $80 million contract over the next five years. Last year, he mustered a .313 on base percentage (OBP) and .424 slugging percentage. In the near future, he should provide decent power and Gold Glove defense as usual, but as he grows older, these skills will fade as well. A couple years down the road, the Giants front office will be asking themselves what they were thinking when they made this deal.

When Davis signed with the Rockies, most of baseball was left scratching their heads. Davis has established himself as one of the best relievers in baseball, but $51 million over three years? That is unheard of for a reliever. Once it’s all said and done, though, the Rockies front office will look like geniuses. The Rockies are on the cusp of greatness after winning 87 games in 2017 and retaining their incredibly talented young core. The addition of Wade Davis will push them deeper into October in 2018. This is not a move for the regular season, this is a move for the postseason. With the way the game has evolved recently, relievers are more important than ever, especially in October. The Rockies lacked a shutdown reliever, which was a big reason for their Wild Card exit at the hands of the Diamondbacks. Davis will solidify the Rockies bullpen, and prove himself worthy of his shiny new contract.

Yes, you read that right. The Mariners plan to use Dee Gordon as a center fielder after acquiring him in a trade with the Marlins. I don’t think Gordon will be great defensively, but he does have the athleticism and speed to track down fly balls all over the outfield. The only issue is that he has an absolute noodle for an arm, which is the reason he moved from shortstop to second base in 2014. Think of him as Billy Hamilton, without any arm to speak of. Offensively, he should provide a serious spark at the top of the lineup alongside Jean Segura. Last year, Gordon boasted a great .341 OBP along with 60 stolen bases and 114 runs scored. If he continues to get on base and run, Nelson Cruz and Robinson Canó will have plenty of chances to knock him home. And, at 29 years old, his legs should hold up at least until his contract is over in 2020. I think this is a great move and addition for the Mariners, besides the fact that Gordon will probably not be recording any outfield assists.

Last year, Morrow revived his career by becoming a shutdown setup man for the Dodgers. Over 43.2 relief innings, he and his triple digit fastball worked to a 2.06 ERA and an exceptional 10.3 strikeouts per nine innings. This earned him a two year, $18 million contract with the Cubs. While at first this seems like a great move to bolster the Chicago bullpen, I think Morrow’s career is about to go south very quickly. The Cubs may have forgotten that before last year, Morrow’s career was basically over due to nagging shoulder and back injuries. He appeared in all but one of the Dodgers’ 2017 postseason games, and that usually doesn’t bode well for an older pitcher the following year. He is worn down, and I really believe that 2017 was his last productive year in the Majors.