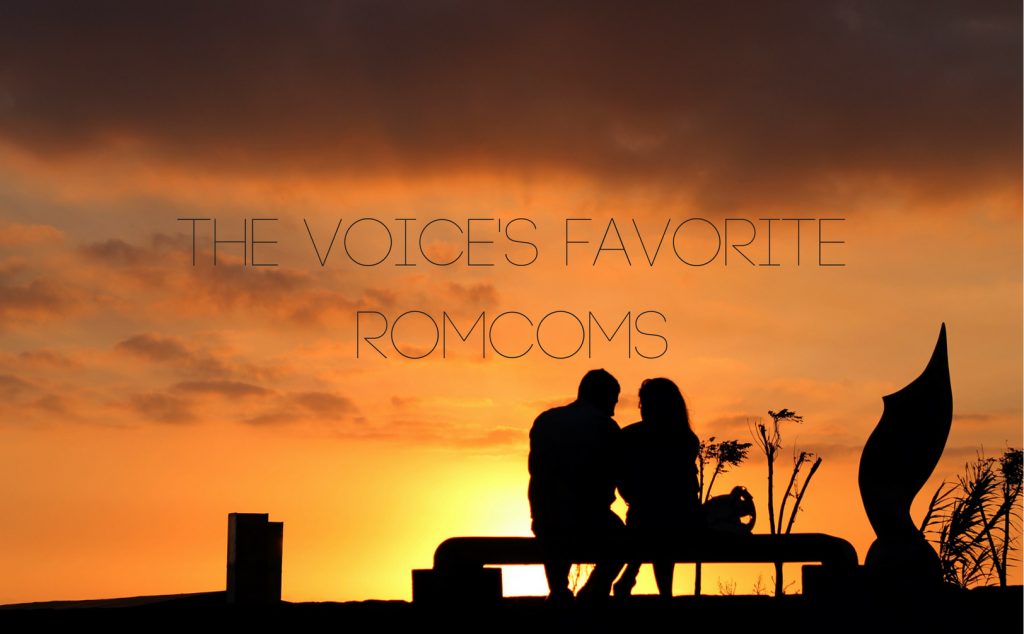 In honor of Valentine’s Day, Voice staffers wrote about their favorite romantic comedies to get them through this fake holiday!

I got stood up on New Years Eve my sophomore year of high school, so I cried for an hour and then started watching When Harry Met Sally, which is the quintessential movie for 1) curing heartaches 2) watching alone on NYE and 3) love and laughs. It is the ultimate feel-good movie, even if it makes you sob uncontrollably. The casting is unreal: Billy Crystal, Meg Ryan, Carrie Fisher, and Bruno Kirby make up the leading roles. It’s written by Nora Ephron, who is the RomCom writer. It’s directed by Rob Reiner, who also directed the second greatest RomCom of all time, The Princess Bride. If you haven’t seen When Harry Met Sally, the plot follows the two titular characters, who first meet when Sally drives to New York with Harry after they both graduate from college. They keep bumping into each other years apart, and end up forming a friendship despite rocky foundations from the aforementioned trip to the Big Apple. I won’t spoil the rest of the movie, but I expect anyone who is reading this and hasn’t seen it yet to stop what they’re doing and watch it right now.

“The moment I wake up/Before I put on my makeup/I say a little pray for you…” Those are the first words that come to mind when I think of My Best Friend’s Wedding, the 1997 romantic comedy that showed how a Hollywood sweetheart could play against type. After taking the world by surprise in the nineties with her million-dollar smile and slate of safely likable turns, Julia Roberts plays the scheming Julianne Potter, a food critic who has always harbored a crush on her unknowing best friend, Michael O’Neal (Dermot Mulroney). The problem is that he is getting married, in less than a week, to Kimmy Wallace, played with unusual warmth and charisma by Cameron Diaz, in one of her first on-screen roles. Hence, ‘Jules’ is on a race against time  to stop the wedding, leading her to make a slew of regrettable and ill-conceived decisions that amount to a truly unpredictable and surprising climax that is not short on laughs. Include in all this Rupert Everett as Jules’ wise gay friend, George, and you have a formula for comedy gold. The movie flows smoothly from moments of slapstick hilarity, to scenes of well-rendered drama. There is even an exciting car chase towards the end, not to mention an unforgettable rendition of Aretha Franklin’s “I Say a Little Player,” one of the film’s most iconic sequences where the main players break into song at a restaurant. The plot may appear simple and clichéd, but the film is far more clever than it sounds and far more insightful too. With an unlikely antiheroine, My Best Friend’s Wedding stands out and will “forever and ever stay in your heart” as well.

Eternal Sunshine of the Spotless Mind

Perhaps a bit of a diversion from the traditional rom-com, but it’s got its funny parts nonetheless. What really makes Eternal Sunshine of the Spotless Mind the greatest romantic comedy of all time, and overall one of the great triumphs of romance cinema, is how purely indicative of the true struggles and tribulations of love that this far-out sci-fi film is. Jim Carrey’s Joel Barish enlists the services of Lacuna Inc. to help him forget his ex-girlfriend, Clementine Krucsynski (Kate Winslet), after she did the same thing to him: Through an association-based procedure, the company erases a specific person or event from your memory, and erases any trace that you underwent the procedure. Faces, words and other details in the scene begin to blur the same way real memories fade, and we move backwards (more or less) through time, as Joel is forced to relive each memory of Clementine he’s about to erase forever, erasing a part of himself in the process. Because the film deals with such an abstract concept, Michel Gondry is given license to create the most bizarre visual sequences. They feel real enough to look like flashbacks, but they’re also uncanny enough to feel like dreams as soon as they start being targeted. It’s a sad film, but also a sweet one. It is ultimately hopeful, and perhaps the most relatable of any fleeting love you’ll ever see in any movie. The comedy comes from the sweet bits of passion and the specific quirks of this relationship. But that specificity is what makes Eternal Sunshine so indelible, and makes it so easy to see your own faults in the film. It’s about the risk and danger that we experience every time we put ourselves out there and risk opening ourselves to another person: the risk that our innate traits will sabotage this relationship just as they have all the relationships that came before. At the same time, it’s ultimately hopeful because they’re prepared to take that risk, that chance that this time it will be different.

If you tell me that the iconic opening scene with Renée Zellweger wearing pajamas and dramatically lip-syncing to “All By Myself” while playing invisible drums doesn’t make you laugh, then you’re lying. And if you have no idea what I’m talking about, please drop everything that you’re doing and watch Bridget Jones’s Diary (2001). Zellweger stars as Bridget Jones, a 32-year-old single woman who begins writing a diary on New Year’s Day to track her resolutions, which include stop smoking, drink less, and find love. Of course, nothing works out that neatly, as Jones finds herself pursuing her flirtatious boss, Daniel Cleaver (Hugh Grant), and falling for the arrogant family friend, Mark Darcy (Colin Firth). While the question of who will she end up with is certainly a big part of the plot, the best scenes are the ones where Jones screws everything up. She’s the kind of protagonist that makes you question, “How on Earth did she even end up in this?” Her hair gets turned into a freaking lion’s mane after a ride in a convertible. She can’t cook for her life and ends up serving blue soup for her friends (yes, you read that right). She watches as Daniel and Mark ridiculously fist fight in the middle of her street to the sound of “It’s Raining Men.” It’s hilarious, and it’s in these moments where Zellweger truly shines, either on-screen or through the sarcastic voice-overs of her diary entries. Bridget Jones is a complete disaster, but she’s surprisingly captivating with a story that’s just one hell of a ride.

He’s Just Not That Into You

Please judge this book by its cover. He’s Just Not That Into You has everything you need in a romantic comedy. It has everybody’s favorite actors (Ben Affleck, Jennifer Aniston, Scarlett Johansson, and Bradley Cooper) all coincidently caught up in one tangled friend group. It has the continuous “Are they getting back together?” suspense. And — spoiler alert — a surprise wedding proposal. But what makes this movie slightly more intriguing to watch, other than its title, is the message. It delivers a social critique that typical romantic comedies mostly avoid divulging: sometimes, people are just not that interested in you. After all, it is inspired from the self-help book written by Greg Berhendt and Liz Tuccillo of the same name. Watching one of the main characters, Gigi (Ginnifer Goodwin), ruminate endlessly about whether or not the men she encounters are going to call her back, reminds me of what many girls do. The movie reveals how girls often perpetuate the lie of “You’re too good for him” or “He likes you too much” just to feel better. Yet it states clearly that if a guy wants to be with you, he will; and if he doesn’t call (or marry you), well, he’s just not that into you. Other than the fundamentally realistic idea of the movie, it also delivers sweet truths about contemporary love. It’s not a heart-warming-ice-cream-bingeing rom com if the protagonist doesn’t find love where she never thought she would. It’s the kind of movie where the end is almost perfectly predictable, but you keep watching because you’re a hopeless romantic, and it wouldn’t hurt to have your hopes confirmed.

If you love the Christmas class Love Actually (let’s be real, either you do or you’re lying to yourself), then it’s time to dive into another one of Richard Curtis’s simultaneously heartwarming and heartbreaking masterpieces: About Time. Despite featuring stars like Rachel McAdams and Bill Nighy, the film didn’t get much attention in the US. However, this does not mean that it’s not worth watching. Not only do you get to watch Tim (played by the endearing Domhnall Gleeson) as he bumbles through life in a characteristically polite and British way, but the film also deals with themes of love, both romantic and familial, in such a way that only the most cynical of souls can resist feeling emotional by the film’s final sequence. This movie will make you want to appreciate life and the loved ones you hold dear in a whole new way. 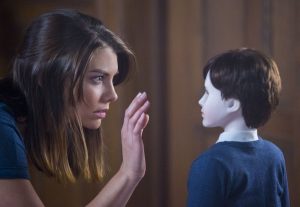