Gustav: Like the first Deadpool, this looks like a nice breath of fresh air from our oversaturation of superhero flicks that have sprouted from the DC and Marvel universes. The part in the trailer where he has to pause because the effects weren’t finished on Cable’s arm was really clever, especially because I didn’t even notice it until he pointed it out. I think it’s indicative of just how generic and overplayed these tropes are, because it’s so easy to tune out during these dramatic, violence-tinged, and ultimately meaningless monologues. I’m also curious to see how (and if) this movie plays off of being a sequel, as so many films are these days, especially in this genre. I personally find Deadpool himself to be annoying and usually cringeworthy, but I think that’s also the point of the character in a lot of ways, and the industry needs a bit of satirization right now, so I’m looking forward to the movie.

Amy: I’m not a huge fan of superhero movies and I haven’t seen Deadpool. (I like my Ryan Reynolds trading verbal barbs with Sandra Bullock in Alaska, though I do respect a man who has been married to both Scarlett Johansson and Blake Lively). That being said, I’m always entertained by the franchise’s trailers, the Bob Ross spoof being my personal favorite. There were a few bright spots in this one too: Ryan’s last line — “Well, that’s just lazy writing” — earned a chuckle, and his final look at the camera prompted me to mentally commend whoever was tasked with making People Magazine’s 2010 Sexiest Man Alive look like Benjamin Button gone bad. I’m also excited to see what this film does for Zazie Beetz who, besides having the dopest name in Hollywood, has so far been relegated to supportive girlfriend parts for man-children (Donald Glover in Atlanta, Dave Franco in Easy). In my humble opinion, I would’ve liked this trailer to go easier on the action and heavier on its unique wink-wink-nudge-nudge attitude. But take that with a grain of salt; I’ve never even seen The Avengers.

Margaret: I am an unabashed sucker for superhero movies (sorry, Amy) and loved the first Deadpool. I’m excited to see how they flesh out his anti-heroics in a sequel without the crutch of a relatively basic origin story and main motivating force of fighting the baddies to get his hot girlfriend back. But from this trailer—and the rest of the trailers released— I can’t quite get a read on what the actual plot is. Honestly though, who is really going to Deadpool for the plot? We’re there to see just how ballsy Ryan Reynolds’ humor gets— both in snarky commentary on typical film tropes and literal balls-y humor (“I’ve got the stones to help you”—Reynolds as he throws his Deadpool action figure into the face of his nemesis. “No biting.”). I can typically do without the potty humor, but I’m glad that this trailer shows Deadpool’s humor still has its edge in the sequel.

Gustav: I don’t really know what to make of this trailer. It seems like another not-so-distant-future science fiction action movie that is stylistically similar to Blade Runner and Altered Carbon, but I’m not really sure why they chose to set it in Berlin, why there are so many strange characters involved in it, why Paul Rudd is at all interested in the main character, why bowling still exists in the future, why the main character so fervently protects his girlfriend, why he is mute, and why, as the title suggests, his being mute is important. This seems like another straight-to-Netflix movie with a big budget but fairly poor world-building. I’m not especially excited for Mute, but I’d be open to watching it if I end up hearing good things about it. From this trailer, though, it doesn’t look promising.

Amy: Alexander Skarsgård, fresh from his much-deserved Big Little Lies awards sweep, plays a mute man named Leo who looks like he hasn’t gotten a good night’s sleep in years. Paul Rudd has a massive Sam Elliot mustache and Justin Theroux looks like he doing a bad cosplay of Javier Bardem’s character from Skyfall. That’s pretty much all I got from this trailer which, despite boasting some striking images, failed to hold my interest for its mere two minute running time. At least from the looks of this trailer, Mute is a movie I might end up turning on for five minutes just because it’s on Netflix before rewatching the last twenty minutes of Big Little Lies for the billionth time. (Which, I should say, is not quite as damning as it sounds; I just really love Big Little Lies.)

Margaret: This trailer almost lost me to a massive eye-roll when the blue-haired muse/waitress first said, “you don’t know me,” then it brought me back in with Paul Rudd’s ridiculous mustache, and then it lost me again when “your girlfriend has secrets” was vaguely— yet dramatically— narrated over a love scene. The main secret in this trailer was what the story was actually about— her secrets? Leo getting a voice? Paul Rudd’s kids drinking soda without permission? I couldn’t tell you. I love a good sci-fi movie, but if you are going to give me more frames of a bowling match than any sort of plot, I have to agree with Gustav and predict the world-building or story-building of the movie is going to be pretty weak. I am irrationally in love with Paul Rudd, but I think I’d rather get my fix from the Ant-Man sequel than from Mute for this year.

Gustav: This movie looks absolutely terrifying, both in immediate imagery and in thematic content. I have just as many questions about this movie as I did about Mute, but they stem more from morbid fascination than outright confusion. A24 has a strong record of delivering beautifully shot and truly disturbing films, and I dearly hope that this is one of them. Intergenerational psychology is a ripe breeding ground for psychological horror movie topics, and can be uniquely unsettling. It’s widely relatable, and allows for creepy children and evil grandparents, both of which are unnaturally scary. This seems like it’s going to be excruciating to watch, but in the absolute best possible sense.

Amy: I had watched this trailer about eight times even before we all convened on this week’s Trailer Takes, and I’m not even mad about watching it again. The first ten seconds alone are terrifying in that slow-burn type of way — those eerie wails! The little people in the dollhouse! — and it just keeps getting scarier. I’m hesitant to attempt to describe the trailer in too much detail since you should really just watch it; there are some things only stunted string plucks paired with two minutes of perfectly-timed cuts can achieve. I will say this: with her lifeless blue eyes and horrifyingly subtle tongue click, Milly Shapiro is a star in the making.

Margaret: I’d have to agree with Alex Wolff’s character Peter about 1:41 in who shakingly says: “I don’t like this. Dad, I don’t like this.” In this case, it means the trailer was working to thoroughly terrify me. Those dolls? Didn’t like them. Those reflections? Didn’t like them. That grandma? Didn’t like her. With the shuddering violins as a perfect backing track to what looks like an effective use of almost every horror movie trope, Hereditary looks like a disturbing journey through a twisted family. If you haven’t guessed yet, however, I am not a horror movie kind of gal, so Amy and Gustav will be watching this one without me.

How A24 Breaks All the Rules of Hollywood 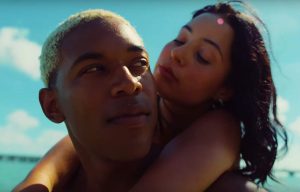 Waves Will Sweep You Off Your Feet 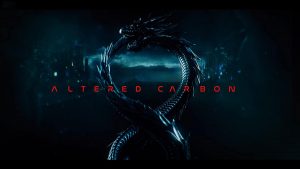