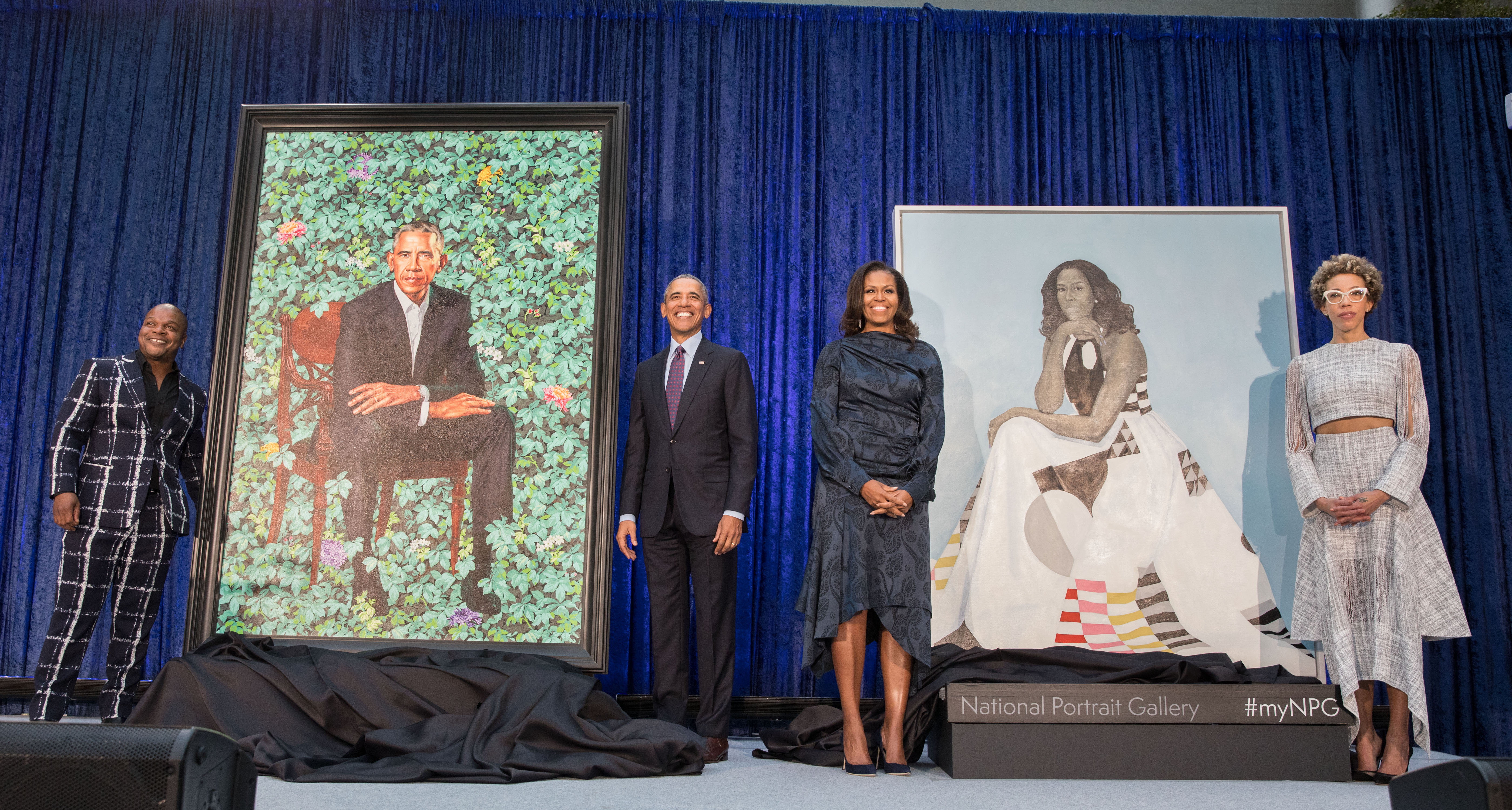 By now, the stunning portraits of President Barack Obama and Former First Lady Michelle Obama are all over the internet. We’ve seen the President’s pensive gaze framed with striking green foliage and the First Lady’s undeniable coolness captured in gray and blue. But on the morning of Feb. 12, special guests and members of the press waited expectantly in the National Portrait Gallery courtyard, wondering what lay beneath the veiled canvases onstage.

Why the anticipation? Previous presidential portraits have been unveiled without much to-do, an event that is more an exercise in tradition than a spectacle. But with a President and First Lady who are not only political figures but pop culture icons, the hype about these portraits spreads far beyond the Portrait Gallery walls.

The choice of Kehinde Wiley and Amy Sherald to paint these portraits is an art history milestone. Wiley and Sherald are the first two African Americans to be commissioned to paint official presidential portraits, and both have used their artistic careers to celebrate and elevate people of color.

This, however, is where the similarities between the two artists end. Sherald’s portraits depict her subjects in grayscale against monochrome backgrounds. The subjects’ clothes provide pops of color on these canvases, and Sherald noted that fashion is one of her major influences. Her portrait of Michelle keeps with this trademark style, depicting a glam First Lady in a white couture dress that dominates the frame. The geometric patterns of the dress, according to the artist, recall both the abstract work of Piet Mondrian and the quiltwork of a certain small Alabama community.

Meanwhile, Wiley’s portraits are enormous, celebratory, and almost regal, using bold colors and life-sized or larger-than-life canvases. In line with this artistic ethos, President Obama’s portrait stands just over seven feet tall, and the crowd audibly gasped at its stunning colors when Wiley and the President pulled away the fabric covering.

The President appears deep in thought, as if about to leap out of the portrait and into action. And, even with this dynamic figure in the foreground, the foliage in the background pulls the viewer’s attention away with its vibrant greens. At the unveiling ceremony, Wiley explains that each of the flowers represents a part of the President’s journey. Chrysanthemums, blue lilies, and jasmine represent, respectively, his political beginnings in Chicago, his father’s homeland of Kenya, and his own birthplace, Hawaii.

The portrait does make one significant departure from Wiley’s canon. He usually depicts people of color with regal accoutrements: carrying scepters, riding majestic horses, and occupying the positions of power they have so often been denied. These portraits elevate everyday people—people he often meets by chance—into artistic nobility. However, President Obama doesn’t need much elevating. He joked that he had enough political problems without being portrayed as Napoleonic, so Wiley toned down the regal imagery in favor of lush, symbolic foliage.

Though Wiley’s portrait has received nearly universal acclaim, Sherald’s portrait of Michelle has already received criticism on a few fronts. Some, like New York Times art critic Holland Cotter, find that the commanding presence of the dress “overemphasizes an element of coutourial spectacle.” Others simply don’t see the resemblance between the portrait and the subject.

Its reveal was certainly underwhelming—from a distance, the bland color palette and low color contrast made Michelle Obama’s image blend into the background. It lacks the vivacity and gravitas of its subject and reduces the former First Lady to a bland fashion model. Seeing both portraits side-by-side exaggerates the deficits of this painting. Sherald’s blues and greys are totally washed out by Wiley’s bold greens and browns.

However, fans of Sherald’s work and defenders of the portrait say that it is best viewed up close, where the artistic nuance becomes clear. The portrait of Obama will hang permanently in the “America’s Presidents” gallery, while Michelle’s will be displayed on the first floor until November.

The artists hope that these portraits will be a source of inspiration and comfort for all who visit the Portrait Gallery in the coming years. At the press conference, Wiley, Sherald, and both Obamas were hopeful that young people of color would feel empowered seeing portraits of people who look like them displayed prominently in such a respected museum. And, with today’s political climate feeling more like a reality television show than a functional democracy, this image of President Obama in an assertive stance is almost comforting.

I was certainly not the only one who was glad to have this beloved leader back, if only for a moment. As he was thanking his friends, family, and White House staff at the unveiling, he said “I miss you guys,” to which many in the crowd responded, “same!”

In today’s topsy-turvy world, these two portraits provide a moment of calm and dignity. When it feels like we’re taking so many steps backward, it’s refreshing to be able to witness a milestone for artists of color and to look back on a groundbreaking Presidency at the same time. 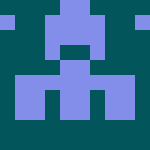 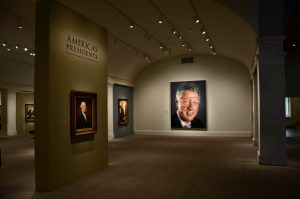 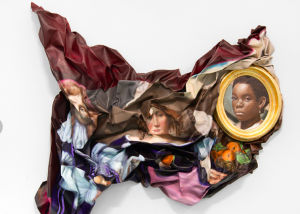