I’m the first to admit it: I’m not a big fan of reggaeton or Latin trap music—shocking to believe considering I’m from Puerto Rico, the hub of those genres. However, that doesn’t mean I don’t enjoy music in Spanish. Actually, some of my all time favorite songs are in Spanish. I’m also a firm believer that the Spanish language makes everything sound prettier. Here are some of my favorite songs in Spanish.

In “Qué Gano Olvidándote,” Mexican trio Reik sing about not letting go of someone and still hoping for a chance. They sing, “Prefiero llorarte un día de vida soñando que piensas en volver.” (Translation: I’d rather cry for you one day dreaming that you will come back).

Mexican rock band Maná teamed up with Shakira for this love duet. In the song, they talk about how even though the world is full of lies and injustices, one can always find truth through love.

Puerto Rican singer-songwriter Tommy Torres tries to convince an old lover to give him another chance in “Dame Esta Noche.” Fun fact: I went to the concert where this live version was recorded (!!!)

In his first album as a solo artist, Puerto Rican rapper Residente sings about never being able to coincide with the person you love. His song centers around the idea of how sometimes timing and fate can work against love. Residente is the winner of 25 Grammy awards, the most Grammys ever awarded to a Latin artist.

Joined under the name of Calle 13, Residente and his stepbrother, Visitante, and their half-sister, Ileana Cabra, sing about leaving everything behind and traveling the world in “La Vuelta Al Mundo.” They sing, “Dame la mano y vamos a darle la vuelta al mundo.” (Translation: Give me your hand and let’s go around the world).

Cultura Profética is a Puerto Rican reggae band who mix reggae and various other rhythms to produce an authentic sound. In their song “Ilegal,” the band uses consistent rhyme schemes to sing about being intimate with a woman.

“Para Ayudarte a Reir” talks about being there for someone and helping them laugh even in bad times. Capó sings, “Para ayudarte a reír, pa’ que no pierdas la fe, voy a bañarte de luz de la cabeza a los pies.” (Translation: To help you laugh so that you don’t lose your faith, I’m going to shower you with light from head to toe).

Soda Stereo was an Argentinian rock band considered to be one of the pioneers in the Latin rock genre. In the 1980s and 1990s, they became the first band to gain success across all of Hispanic America. “De Música Ligera” is one of their most popular songs. 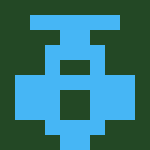