Home » By The Numbers » A Warning for VAR in Soccer 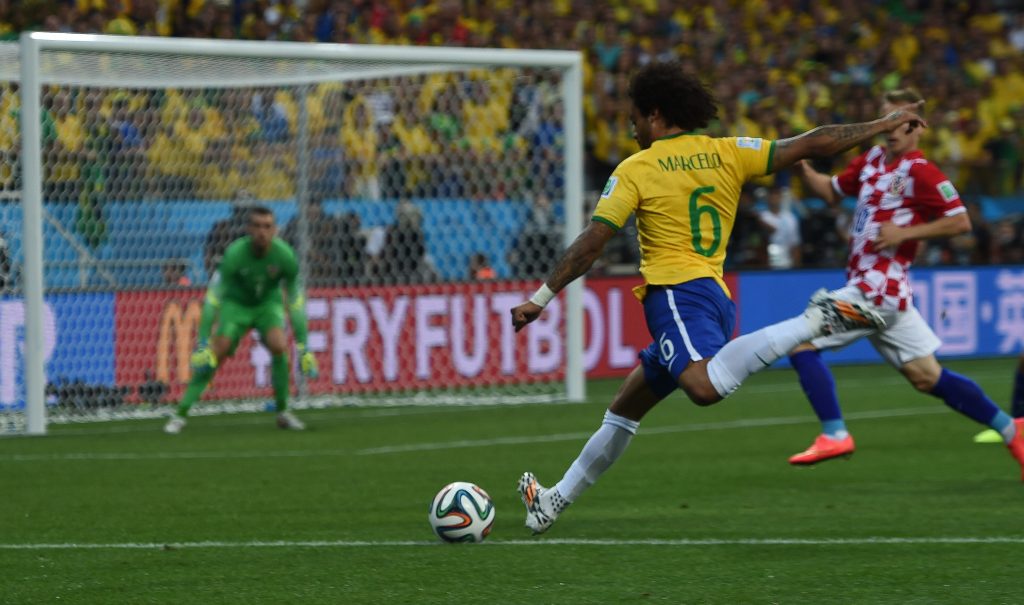 A Warning for VAR in Soccer

On Sunday, Carlos Vela was on one of his long, mazy runs in the 74th minute against the Seattle Sounders, creating both danger for his team as well as relief from the pressure that the Sounders mounted in the second half. As he turned the corner, Seattle’s homegrown player Handwalla Bwana slid, but came nowhere near the ball, instead taking Vela down on the edge of the box. Immediately after, commentator Adrian Healy assumed LAFC would have a penalty to make it 2-0. But the referee called a goal kick.

Seattle’s goalkeeper Stefan Frei tried to take a quick goal kick to restart play, since once play is resumed, the video replay can no longer be consulted. It’s similar to the NFL in this regard in that once the next play starts, whatever was called on the field stands, regardless of correctness. Frei, however, did not allow the ball to stop rolling, and the referee called the ball back for the goal kick to be retaken. One would think that with the extra time to see, a formal video review would have taken place. Vela seemed to think so, given that he made the motion to go to a review right away once he saw a goal kick was given instead of a penalty.

Yet no review took place. Instead of what looked like a clear penalty, Seattle continued the game only down a single goal, and both fans and pundits were left wondering why Bwana’s challenge wasn’t even looked at.

Consider the U-20 World Cup. In a match between Italy and Zambia, Italy defender Giuseppe Pezzella was shown a straight red on the following foul. Looking at the replay, as well as the angle from the end line, red seems harsh. Yet, after a review, the red card stood.

In one of the test runs for video assistant referees (VAR), at the 2016 Club World Cup, a semifinal between Real Madrid and Mexican team Club America showed some more of the issues associated with VAR, specifically with regards to making a decision on whether Cristiano Ronaldo was offside or not. At the Club World Cup, a decision like this is minor, especially since the entire tournament is merely a formality to put a shiny FIFA crest on the jerseys of the European Champions, unless you’re Chelsea, but should this happen in a contentious semifinal during the summer in Russia, and we will officially know whether FIFA allows the use of the technology on March 16, VAR will come under more scrutiny than it already is.

Let’s take a look at how VAR actually operates. The best video replay analogy to make would be the reviews in the final two minutes of each half in the NFL, at the discretion of the referees, not dictated by the managers. Early critics derided the use of replay in soccer because they thought it would ruin the flow of the game: It already took long enough to accept the near instantaneous results of goal line technology, not even Frank Lampard’s obvious goal against Germany brought it about. Putting two officials on the goal line with the sole responsibility of determining whether the ball crosses the line or not didn’t work. Once FIFA finally allowed goal line technology in the game, there hasn’t been a single mistake.

But I digress. VAR can only be used to review four match changing instances: goals, penalties, straight red cards, and cases of mistaken identity (which is good because Kieran Gibbs once took a red card that should have gone to Alex Oxlade-Chamberlain). However, once a play goes to the video review, the referee may change any decision he has made in the relevant situation, so he doesn’t have to ignore a foul outside the box even though the play was reviewed to determine the existence of a penalty. As already mentioned, once play is restarted, unless a red card is retroactively given for violent conduct, the replay becomes void, so it’s not going to destroy the flow of the game. In addition, the decisions aren’t being made by the video official, but by the referee on the field, who has a better sense of the emotions in a match. All it does is provide the match official with more angles to see the incident. In short, like goal line technology, this is a tool that helps the referee to do his, or her, job.

But the best way to set this technology back a few years is to make its big unveiling before all the kinks have been worked out. Especially when it’s being used for decisions that will obviously change the way a match is played, there can be no mistakes. Fans can’t be wondering why the video wasn’t consulted. We’re three months out from the World Cup, and the incident in Seattle doesn’t help its case.

This technology is the future of the sport, and when it works, it will be an invaluable source of information to referees. But I don’t want to see it in Russia when one mistake can push its acceptance back to 2028.