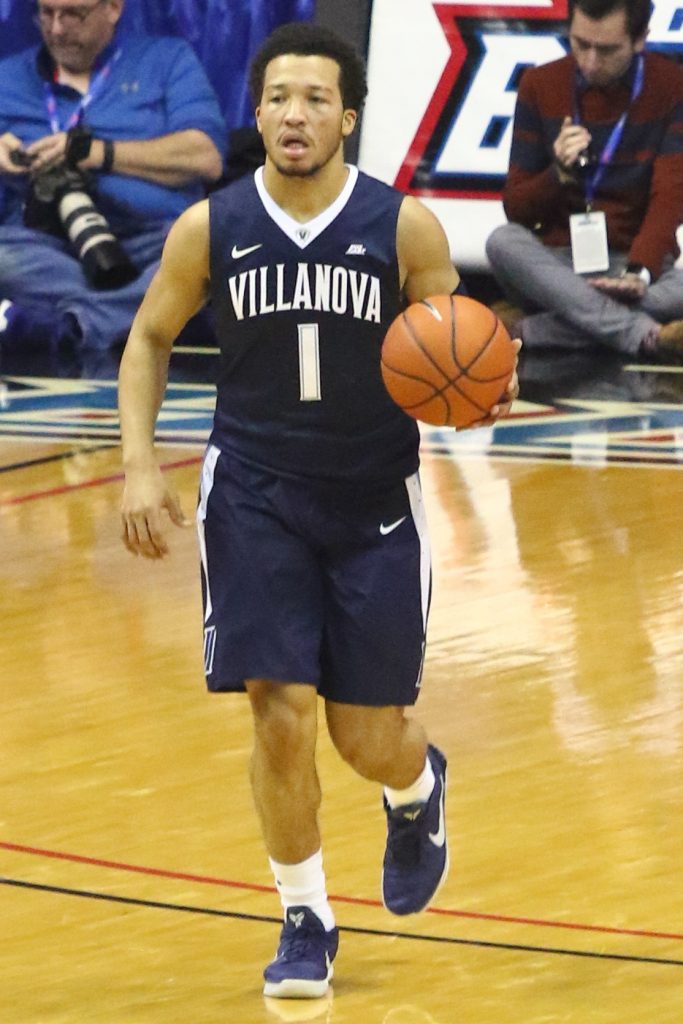 How Villanova became the Golden State Warriors of College Basketball

It’s not long ago that the Villanova Wildcats were the unfortunate punchline to jokes about early-tournament exits. After reaching the Final Four in 2009, the Wildcats didn’t make it out of the first weekend of the NCAA Tournament for six consecutive years, including a losing season in 2012 and three losses as either a 1 or 2 seed. Jay Wright, perhaps unfairly, was viewed as the coach who couldn’t get it done in the postseason, failing to bring the Wildcats back to the Promised Land of college basketball. Rollie Massimino’s miracle of 1985 (sorry Hoyas) would be Villanova’s last One Shining Moment for the foreseeable future.

Enter the 2016 Villanova Wildcats. Led by Ryan Arcidiacono, Daniel Ochefu, and Josh Hart, this Villanova team tore through the NCAA Tournament, beating the No. 1 overall seed Kansas in the Elite Eight and demolishing No. 2 seed Oklahoma and Naismith Award winner Buddy Hield in the national semifinal. Two days after dispatching the Sooners, the Wildcats clashed with North Carolina in a national title game for the ages. After Tar Heel guard Marcus Paige hit an improbable, double-clutch three to tie the game with 4.7 seconds remaining, Wright called a timeout and drew up the most memorable play in Wildcats history. Arcidiacono took the inbounds pass, raced upcourt and swung the ball to guard Kris Jenkins, who drained the game-winning 25-footer as time expired. Nova Nation had finally rescaled the mountaintop, silenced the doubters, and toppled a national powerhouse in the process.

While the 2017 Wildcats fell early in the NCAA Tournament to 8-seed Wisconsin, the old critiques of Wright and co. were nowhere to be found, as they had been washed away by the previous year’s achievements. Furthermore, the Wildcats posted an impressive regular season, going 31-3 and sweeping the Big East after losing the core of its title team. Despite losing National Player of the Year Josh Hart to graduation, the 2018 Wildcats seemed poised to contend once more.

‘Contend’ may be the understatement of the century. For the sheer offensive firepower that the 2016 Wildcats boasted, the 2018 team fully reflected the modern, ‘positionless’ era of basketball: five starters who can score from anywhere on the floor and do so with assassin-like precision. In other words, they are the Warriors of college basketball. Jalen Brunson, the National Player of the Year, is the conductor of the symphony, leading his team in scoring and assists while commanding help defense on every drive. Omari Spellman and Eric Paschall are big men with both modern tendencies and traditional capabilities, nailing threes by day while scoring on the block at night. Mikal Bridges could be an NBA All-Star and has dunked on half the country. Phil Booth is the unsung hero of the group, as his leadership and experience holds the team together, to go along with deadly outside shooting.

This discussion hasn’t yet mentioned Villanova’s so-called ‘sixth starter,’ Donte DiVincenzo, who took home Most Outstanding Player of the 2018 Final Four. The Wilmington, Delaware native poured in 31 points off the bench against Michigan, turning a competitive contest into a laugher shortly after halftime. The Wolverines’ defense, superb all year long at containing drives and running shooters off the three-point line, were powerless against DiVincenzo, as the 6-5 sophomore buried shots from several steps behind the arc and converted two and-one opportunities.

In the past twenty years, Florida and Kentucky are the only other teams to have won two titles in three seasons. For a sport defined by its remarkable parity, college basketball now welcomes Villanova as a ‘sure thing’ on a year-in, year-out basis, joining the likes of Kansas, North Carolina, and Duke, and perhaps even surpassing those programs. How did the Wildcats reach this rare air?

First, is Coach Wright’s player development. Watch any Wildcat’s progression from his freshman to sophomore year and beyond, and you will witness dramatic improvement. In the era of one-and-done, Wright and his staff have done a remarkable job of keeping players in school while overseeing their transformation into all-American stars. Brunson went from an average starter his freshman year to the most polished player in the country as a junior. Bridges has played his way into lottery-pick status after arriving as a raw prospect. Not to be forgotten, DiVincenzo went from riding the pine in 2016 to leading the Wildcats to a national title two years later. Program buy-in is key here, as many players at other top programs leave prematurely due to a lack of playing time or clashes with the coach. No coach in America has created a better culture than Wright, as ESPN analyst Jay Bilas has pointed out.

The next factor is play style, and adaptability in that style. The Wildcats have succeeded with varying tempos and different leaders, but one constant has been the team’s ability to rearrange its approach based on personnel and opposition. On offense, Villanova scores at all three levels (three-pointers, mid-range, and at the rim), and are excellent at picking apart different defenses, including zones. On defense, the Wildcats players use their mobility to their advantage, scrambling to contest shots even when they’ve been beat. Take this two-handed block by DiVencenzo for example; Michigan runs a perfect slip-screen action, and it’s completely erased by Villanova’s ability to rotate over. Wright’s first national title team used its point guard primarily in a distributive capacity, while his second title team looked for a point guard to be the leading scorer, though both teams featured well-balanced scoring attacks. As a result of the scoring distribution, game-planning for the Wildcats is a difficult task, especially on two days rest in the NCAA Tournament.

Finally, and perhaps most importantly, the Wildcats have benefitted from being patient with Jay Wright’s project. Nobody could have envisioned Villanova’s recent dominance in 2012, when Villanova finished 13-19 and didn’t qualify for any type of postseason tournament. The Villanova administration and fans believed in Wright when many did not, and have reaped the benefits of waiting for excellence. Had Wright been run out of town following several disappointing seasons, Nova Nation would be mired in mediocrity or worse, the Big East Cellar featuring DePaul. Rome wasn’t built in a day, and nearly every successful Division I program has stuck with its coach through the doldrums, whether it’s North Carolina with Dean Smith or Duke with Coach K. Other college basketball programs looking to emulate Villanova should take a page from another Philly sports team’s mantra: “Trust the Process.”

Santul Nerkar Santul is the Voice's former executive culture editor and Halftime Sports editor. Follow him on Twitter @SantulN to become one of his rare few followers.