Dieuson Octave and Me 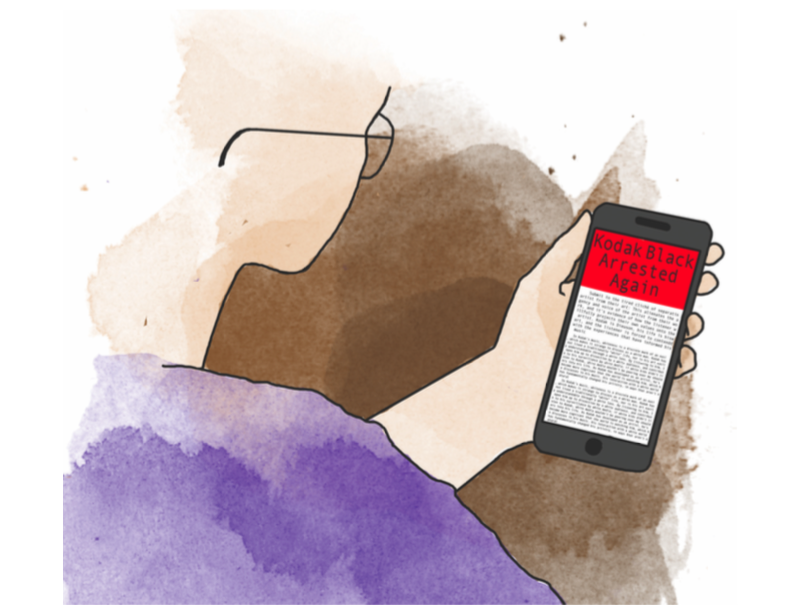 Dieuson Octave is Kodak Black, a 20-year-old Broward County rapper, two years older than I am. He’s been in and out of jail and the court system since I was a high school freshman. He’s been convicted of sexual assault. A Google search provides as many of his mugshots as his mixtape covers. While I write this, he’s being held in solitary confinement. I’m a white kid from the suburbs. It’s easy to discard Kodak as a rapist, a criminal, but I’m complicit as a listener in the cycles of oppression that entrap him. When he reveals his raw humanity as an artist, I can’t turn away.

Kodak’s music explores how his blackness and community affect society’s perception of him by sharing his personal experiences and stories. His explorations are distinctly black in that they are influenced by his identity and are then mutated by interactions with whiteness.

In Kodak’s music, whiteness is a discrete mark of an outsider, which makes it strange to discuss as a white man. Kodak has not lived a traditionally “white” life, nor is his art easily understandable through a white lens. By listening to him, I open him up to dissection by a white audience, and contribute to his surveillance by white media; if white kids didn’t listen to Kodak, white media wouldn’t be peering over my shoulders into his life. As Kodak has developed as an artist, he’s become more cognizant that the world is watching him, which he discusses in his music. His interaction with a white world has fundamentally changed his artistry, in ways that aren’t natural.

As a listener, I can’t submit to the tired cliché of separating the artist from their art. This alienates the agency and voice of the artist from their work, and it’s evidence of how the listener willfully projects their own values onto the artist. Kodak is Dieuson, his life is his art, and the listener is forced to contend with the experiences that have informed his music. To understand Kodak only through his actions or entirely dismiss him for committing crimes is presumptuous, since it willingly ignores the systems of oppression that influence his behavior, and judges him based on a legal system he didn’t assent to. Kodak’s art is human, and dismissing him entirely misses an opportunity to understand him.

In Pitchfork’s review of his last tape, “Heart Break Kodak,” the writer can’t accept Kodak’s discussion of his upbringing to explain his treatment of women. The writer cites the song “Hate Being Alone” as Kodak’s best, but admittedly tepid, shot at courtship, in large part because he avoids calling his partner a “bitch” for three minutes. The suggestion is that, by avoiding misogynistic language, he’s more conscientious in his depiction of women. But holding Kodak to this kind of normative yardstick avoids the difficulties in grappling with his relationship with women. He is at once tender with, and reliant upon, his partners, but holds them in contempt and calls them “bitches.” However, whether Kodak uses the word “bitch” with all the meaning the writer imbues in it is unclear, because the word has become normalized in a variety of contexts. The song itself is powerful because of its brutal honesty. He hates being alone because he fears the solitude he experienced while incarcerated. His treatment of sexual partners is impossible to divorce from his experiences and the oppression he’s suffered.

But, that Pitchfork author was a black woman. So where do I fit into this equation, as a white critic of a black writer, and a white defender of a black artist? Am I naively acting like a savior for someone whose hedonism is thoughtfully criticized? And if I reject this criticism of Kodak, can I criticize him for any action, or does my whiteness disqualify my criticism?

Kodak has committed crimes, and we owe it to the victims not to forget. But allowing these crimes to characterize Kodak exclusively plays directly into the cycles of incarceration and legalized morality designed by white legislators for black communities like Kodak’s. While he resists being muzzled via incarceration by releasing music from inside prison, the state has labelled him “criminal.” As listeners, if we blackball Kodak while the state attempts to suppress him, we feed into his oppression. These systems don’t absolve Kodak, but his art is a raw exposé of the humanity of a black man trapped inside them, and to willingly play into his silencing by these systems is gross.

Kodak’s music is a frustrating reminder, as a white hip-hop fan, that the artists I celebrate and respect experience oppression to which I contribute, so it’s tough for me, specifically, to condemn him. In listening to and interpreting his art, I’m subjecting it to a lens for which it wasn’t created, because my life is so different from Kodak’s. In writing this piece, I participate in the white media that watches Kodak, because I write for a magazine at a predominantly white institution, and create an article around an uneven dichotomy. To Kodak I’m no one, but to me, he’s someone to study and write about.

However, I’m also uncomfortable supporting an artist nearly synonymous with misogyny, and by giving him a pass I may be tacitly consenting to his partners’ subjugation.

These lines of abstraction can be unfair, however, because they remove Kodak’s actions and art from himself. If Kodak has agency anywhere, it’s in his personal relationships. And while he exposes the systems that influence his behavior, he has accepted responsibility for his actions.

Kodak Black is Dieuson Octave, and Dieuson Octave is human. Dieuson and I are more than two kids from the suburbs. We’re both human. We’re equally human. But as I write this, Dieuson sits in solitary confinement for making a prohibited call from prison, and I’m listening to his music on my phone in Lau, searching his criminal charges on NBC. 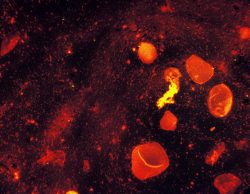