Cole has always been the fire-and-brimstone preacher in the church of rap. From his breakout single “Lights Please,” a caution against the temptations of sex, to “Fire Squad,” his critically-lauded condemnation of white appropriation of hip-hop, listening to a Cole track or project is not unlike attending a Sunday morning sermon. KOD is no exception, but while historically Cole has hit the nail on the head with his proselytizing, KOD misses the mark.

The album is intended to be a reflection on addiction, and Cole tries to explore it as an issue beyond just substance abuse, addressing related topics such as technology, infidelity, and greed. But many of his arguments come off as shallow, and at times holier-than-thou. “Photograph” discusses romance in the age of social media and online dating, but Cole’s analysis never moves beyond the closing lines of the chorus: “today’s love gone digital / and it’s messing with my health.”

The most intriguing bars on the album come from “BRACKETS,” where Cole takes on the topic of taxes. The beginning of the song is a compelling denunciation of racial imbalances in education. Cole takes issue with the disconnect between white teachers teaching a whitewashed version of history in schools that cater to white youth, and black children, who struggle to find success. The critiques made in the song are perhaps the most profound and convincing on the album. This makes it especially disappointing when Cole shoots himself in the foot by proposing that instead of voting, “Let me pick the things I’m funding from an app on my screen.” His eventual conclusion that taxes are the root of the imbalances also provokes an eye roll, considering that Forbes estimated that Cole earned $17 million in 2017. The anti-tax rhetoric seems unconstructive and without nuance, and doesn’t logically follow from the valid societal critiques put forward in the beginning of the song.

This frustration culminates with the concluding track “1985 — Intro to ‘The Fall Off.’” Through this song, Cole responds to a video which surfaced in 2017 showing Lil Pump in 2017 freestyling “Fuck J. Cole,” over a trap beat. One can almost hear Cole wheeze “back in my day…” as he raps “I’m fuckin’ with your funky lil rap name / I hear your music and I know that rap’s changed / A bunch of folks would say that that’s a bad thing / ’Cause everything’s commercial and it’s pop now / Trap drums is the shit that’s hot now.” The dig at pop trap and SoundCloud rap is particularly sanctimonious considering the trap influence on the production of several songs on KOD.

Nonetheless, bright spots on the album shine through. Cole’s ruminations on drug addiction are the best tracks of the album. The titular “KOD” and “Motiv8” pair narratives about the drug trade, violence, and the pressures of growing up in a low-income environment with energetic beats featuring heavy 808s and claps. The more melodic and lyrical “Once An Addict — Interlude” and “FRIENDS” feature Cole at his rawest. In the former, Cole opens up about dealing with his mother’s alcoholism and emotional dependence. In the latter, he confesses his own struggles with drug use before addressing his friends, urging them to get clean.

KOD is listenable and perhaps even enjoyable, but like his last album, 4 Your Eyez Only, it’s nothing special. The redeeming tracks are good, but they aren’t the instant classics of Born Sinner or 2014 Forest Hills Drive. The title of KOD’s final track, “1985 — Intro to ‘The Fall Off’”, has been taken by some as foreshadowing Cole’s next album, speculated to be called The Fall Off. With two consecutive disappointing albums in the last two years, fans should hope it doesn’t also foreshadow Cole’s career. 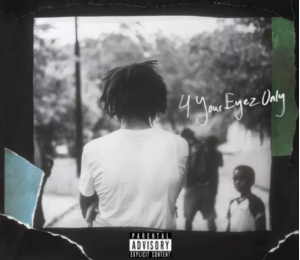 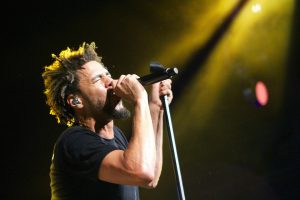 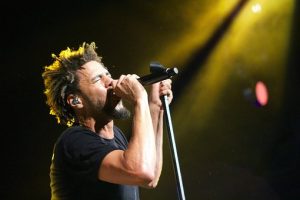