Call Me By My Name 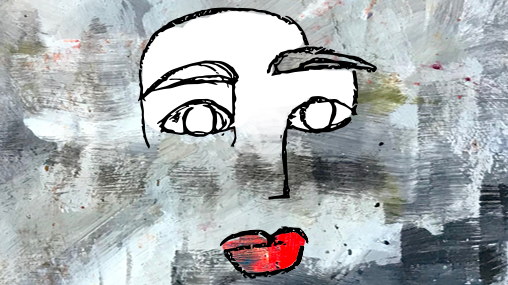 When I posted a column online entitled “Confessions of a Serial Orgasm Faker,” my first instinct was to publish it anonymously. I mean, “Serial Orgasm Faker” isn’t exactly what I’d want my business card to read. What if a future employer Googles my name? But the decision to claim the story as my own helped me to reach a critical understanding about anonymity.

Shame has kept women silent on topics from sex to abuse to failure for too long. We don’t talk about the ugly things, the less-than-perfect things, the personal flaws, or the negative experiences we’ve had. And anonymity is a tool that enables us to continue this cycle of silence.

Being anonymous also means giving up ownership of your work, allowing whatever you create to be interpreted and redefined by others. When you’re anonymous, your capacity for refutation or retaliation is severely limited because to do so would mean claiming the work as your own. And even if you do decide to claim it, you are then opened up to criticism for “hiding behind” anonymity.

Taking ownership of our work, even when it’s personal, decreases the stigma around taboo topics and makes others feel more comfortable sharing their own experiences. Also, it combats shame in a way that can be very freeing.

No one scoffed, and no one dismissed me. Instead, I was met with shouts of approval. It’s sad that negative experiences can be so relatable, though I felt bolstered by the support. Afterwards, a few friends told me they thought it was cool that I had been so honest.

But choosing to identify yourself can be a tricky decision to make. I didn’t want to hurt someone I care about by oversharing or by being brutally honest. Sometimes, an experience isn’t entirely mine to claim and share with an untold audience. As a writer, there’s a fine line to walk when deciding what I have the right to write about.

When I wrote about my Aunt Susan’s debilitating Parkinson’s disease, I didn’t share it with anyone beyond my Intro to Creative Writing class. I knew it would hurt my family if they read it, not because it was insensitive or mean-spirited but because it was so raw and painful to write. And my Aunt Susan’s story wasn’t mine to tell, particularly because she has lost verbal capabilities and can’t even grant me permission to tell it if I asked.

I would probably never want family or a romantic partner to read my characterizations of them. If I write a true depiction of a person, odds are it won’t be entirely flattering because no one is perfect in every aspect. I can’t imagine I’d be comfortable seeing someone’s perceptions of me splayed out on a page for anyone to read either, which is why I try to understand both sides, the benefits and detriments of anonymity.

In today’s world of digital networking, anonymity is easy, and it’s easy to use it to harm others. Anyone with access to a computer can make themselves anonymous at a surface level. Of course, with some digging, IP addresses can be traced, but anonymous comments plague YouTube videos and troll social media postings. Cyberbullying runs rampant due to our new capacity to dodge culpability with anonymity.

But then there are situations in which someone could be in real danger if they’re not anonymous. For example, if a North Korean refugee decides to come forward and tell their story, nobody would tell them “Hey, you should use your real name. Claim your narrative!” And sometimes it’s dangerous for an abuse victim to share her story. Speaking the truth could mean violent retaliation from an abuser.

So is the option to choose anonymity a privileged position? I have the platform to share my voice. I can decide whether to attach my name to something. At worst, I could face some social consequences or disapproval from family, but I wouldn’t be in real danger.

The flawed perception regarding anonymity is that it makes an author less trustworthy. If an author chooses anonymity, audiences can question the origins of her facts or sources, or even the validity of the experience itself. But anonymity is not equivalent to cowardice. Marginalized groups often don’t feel comfortable with non-anonymity, not because of any inherent untrustworthiness but rather because of the history of disbelief with which their experiences are met. Belief is a privilege afforded only to some and not others, often on the basis of physical appearance, class, and education, among other factors.

But claiming that anonymity is a purely privileged position minimizes the severe impact that shame can have. Shame shapes lives for the worse. Shame prevents authenticity. It stops us from pursuing our desires or expressing our truest personalities. So if you can, if you feel safe to do so, call yourself by your own name.

I like writing about sex. It feels important for me to tell honest stories about sex from a young feminist’s angle that don’t glorify or sensationalize any of the details. I realized that my desire to do so has outweighed my concerns about anonymity. I want my friends to know about my good experiences and my bad ones, about the sexual ups and downs, so they feel more comfortable talking about their own.

I recently discovered a privacy setting on Facebook that allows me to block certain friends from seeing particular posts. So what if I’m not ready for uncles, aunts, and cousins to read some of my work yet? The decision to attach my name to my work doesn’t automatically mean sharing it with every single person in my life. It just means that I’m open to the possibility of people reading it, friends (Facebook or otherwise) or even strangers. If and when I’m comfortable sharing it with family, I’ll have the option to do so. Baby steps, baby steps.