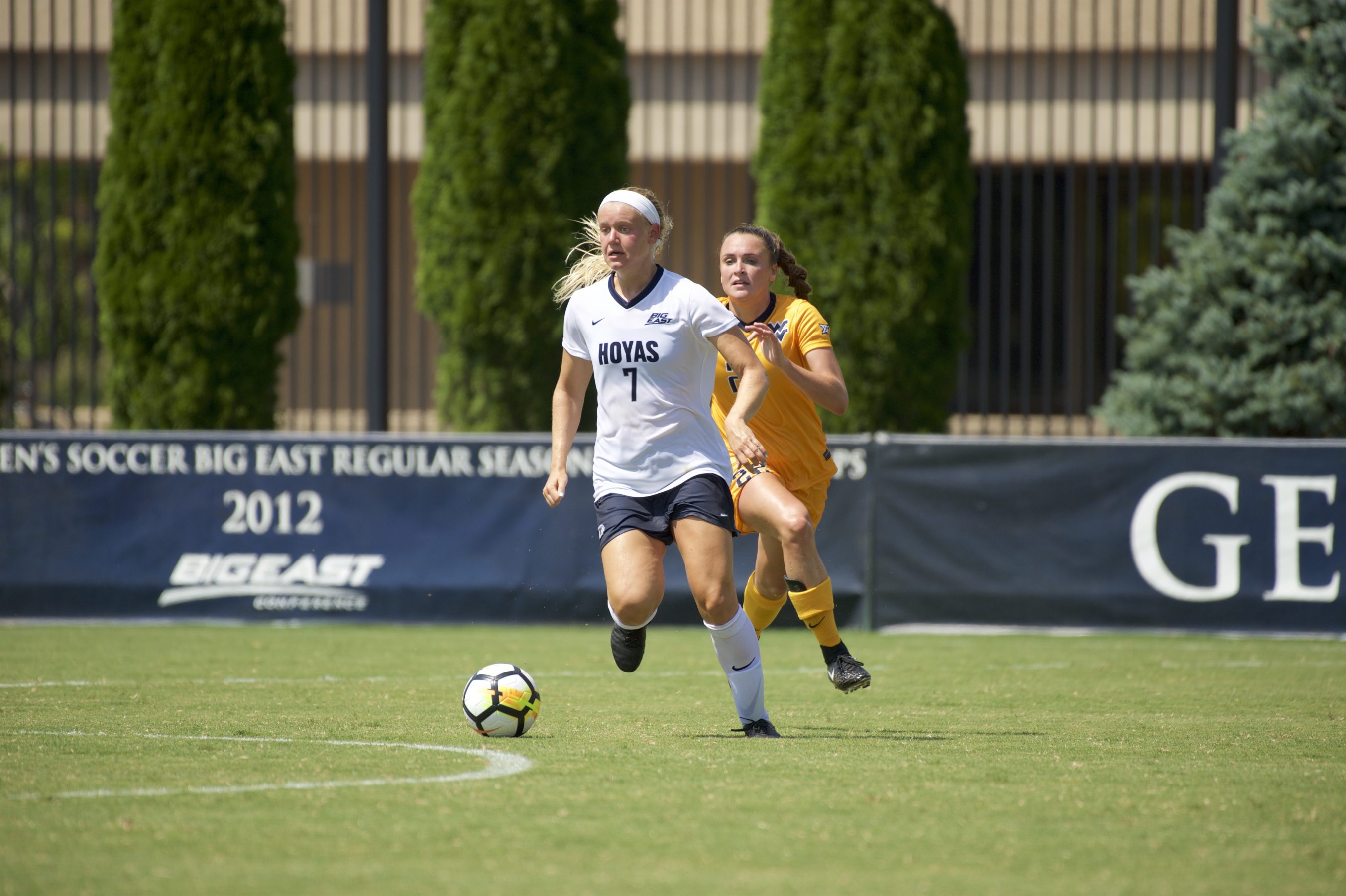 The No. 11 Georgetown women’s soccer team (3-0-2, Big East) travels to Morgantown, WV, to take on the West Virginia Mountaineers (1-1-3, Big 12) at 3 p.m. ET on Sunday afternoon. Both teams played most recently on Thursday. The Hoyas won their second game in a row with a 1-0 win over crosstown rivals George Washington (4-1, Atlantic 10), while the Mountaineers got their first win of the season against Xavier (1-4, Big East).

Last year, the two teams met on Shaw Field for the season opener in what was a top-five matchup, and the top-ranked Mountaineers came away with a 1-0 win. Michaela Abam, who scored the winner last year, is no longer with the program, however, and despite the scoreline, the Hoyas were the better team. Georgetown took six more shots than West Virginia, and senior forward Caitlin Farrell was the offensive star of the afternoon.

“I thought [Farrell] gave them fits today,” head coach Dave Nolan said after last year’s match. “They didn’t really have an answer for her. I think if the game had gone on a little longer, she’d have gotten away from them.”

Farrell has two goals already this season and is part of a three-pronged front line. Fellow senior forward Amanda Carolan scored the winner against GW for her first goal of the season, and graduate student forward Kyra Carusa has acclimated to the team well, already claiming two goals and an assist. Junior midfielder Carson Nizialek has also started the season strong with three assists, and senior goalkeeper Arielle Schechtman has already posted three shutouts on the year with the help of the defense in front of her.

The Hoyas will have to find a way past West Virginia junior goalkeeper Rylee Foster, who made seven saves in last year’s matchup to keep the shutout for her team. She has kept a shutout in the last two games for her team, whose only loss came in their season opener to then-No. 4 Penn State (3-1, Big 10). The Mountaineers offense has five different players that have scored a goal each. The team returns senior forward Sh’nia Gordon, who finished second in points for the Mountaineers last season with four goals and seven assists. However, she is yet to get off the mark in either category in 2018.

Follow @GUVoiceSports for updates and further coverage of all fall sports on Georgetown’s campus. 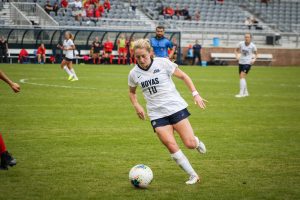 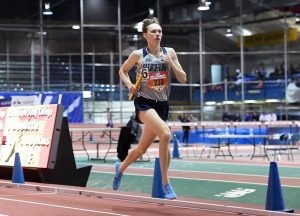