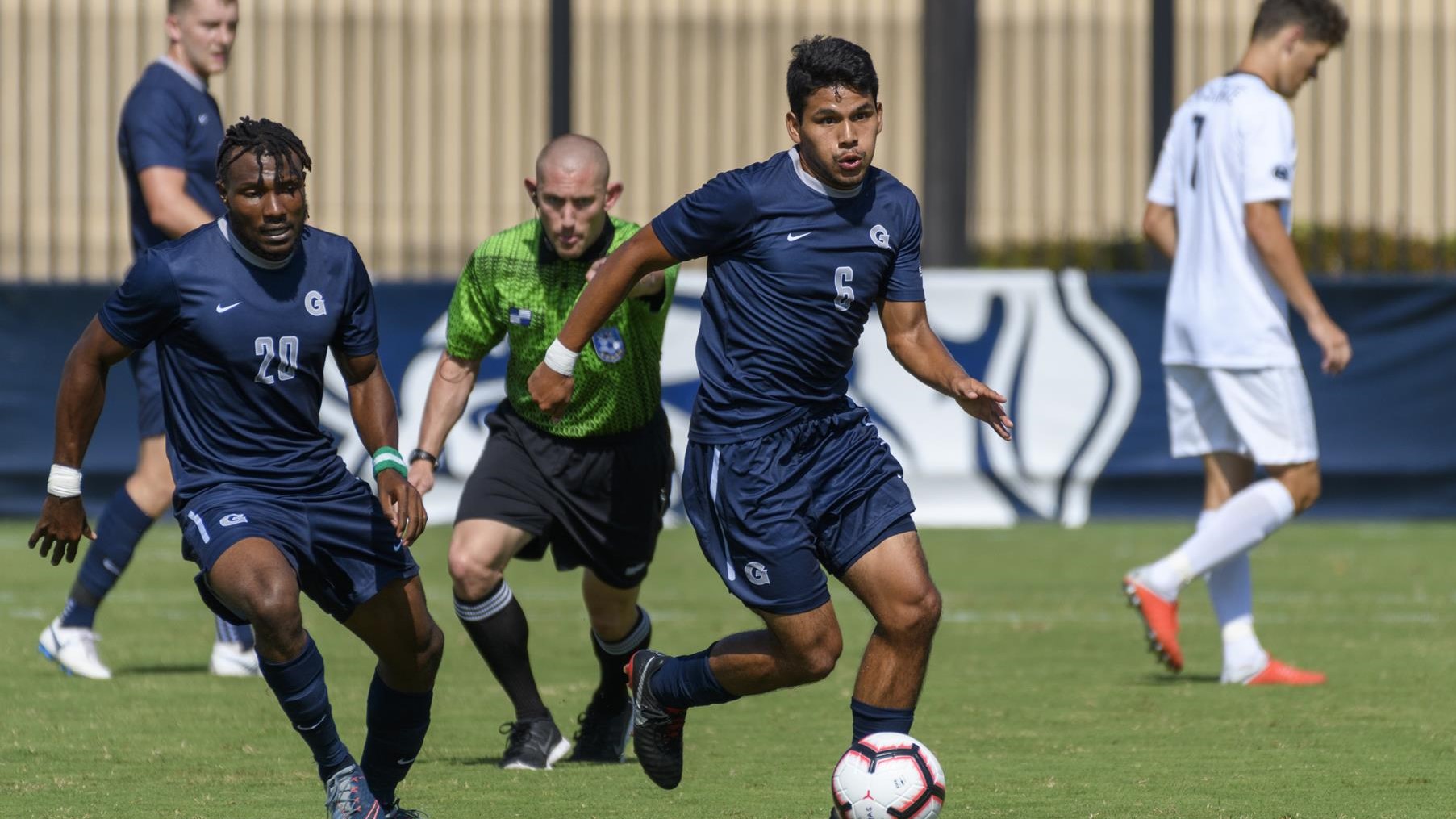 The game began fairly evenly, with neither team able to generate many chances. The defensive stalemate resulted in each team only being awarded one corner kick in the first half. The Hoyas held much of the possession, but the Musketeers were able to generate close chances on counterattacks and breakaways, forcing freshman goalkeeper Giannis Nikopolidis to make four first half saves.

With just a minute remaining in the first half, a long Georgetown possession around the box led to a chance from junior forward Riley Strassner. As Strassner took a touch and turned to shoot, he was brought down by a Xavier defender, resulting in a Georgetown penalty kick. Zajec was chosen to take the kick, and sent the shot into the top left corner, past redshirt sophomore goalkeeper Zachary Nelson, giving the Hoyas a 1-0 lead entering the second half.

The second half brought much more action than the first. After chances on both ends of the pitch, the Musketeers got on the board in the 64th minute when Belle slid a diving header past Nikopolidis on a cross from senior midfielder Simon Hestnes. Then in the 77th minute, Xavier doubled their lead when Nikopolidis fell on a save, giving Goodall the chance to score on the rebound.

“I thought we became very complacent,” Georgetown head coach Brian Wiese said. “It almost felt like the guys were trying to have the game end 1-0 instead of getting a second goal. And once you get into that mentality, you’re asking for what happened to happen.”

The Hoyas, down 2-1, continued to generate chance after chance, with both junior forward Achara and sophomore forward Derek Dodson missing close range shots in the final fifteen minutes. Then, in the 84th minute, the Hoyas were awarded a corner kick, taken by Zajec. Zajec’s shot curled perfectly around the goal, where Hope-Gund made contact and sent a header past Nelson to tie the game back up at two.

“Rio is coming along so, so well,” Wiese said of Hope-Gund. “He’s got such a desire to compete, a desire to win… he’s getting more and more acclimated to getting really important minutes and you see why we put him on. He’s able to make those kinds of plays.”

With a 2-2 tie in the 85th minute, the Hoyas seemed content to take the game to overtime. However, the Musketeers came right back, and were fouled on a breakaway by sophomore defender Sean O’Hearn, leading to a Xavier free kick. Nance took the kick, which found Pauer as it crossed the box, who slid it past Nikopolidis to give the Musketeers the lead once again, and ultimately put the final nail in the coffin for the Hoyas. While Georgetown generated a few chances in the final five minutes, including a close shot from Dodson, the Hoyas were unable to get the equalizer and began Big East play with a loss.

“It’s tough when you start in a hole,” Wiese said of beginning conference play 0-1. “We’re in a hole now, we’re chasing some teams for that. But that’s not too unusual for us. We tend to to that, I don’t know why… Last year we lost to Xavier to open the season as well.”

The Hoyas ultimately outshot Xavier 13-12, and forced seven saves from Nelson, but were unable to convert. The Musketeers on the other hand, took full advantage of their shots in the second half, netting all three shots they put on goal.

“I was really disappointed in our older players,” Wiese said. “I thought some of our older players didn’t do what they did against Stanford, for instance, where they understand that you’re playing against a top team, that if you take a break for a second, you don’t make that little bit of recovery run, you don’t hold the guy next to you accountable then you could easily lose the game. I thought today we got punished for it. Xavier punished us.”

The Hoyas will travel to Durham, North Carolina to take on No. 10 Duke (3-1-0, 0-1 ACC) on Tuesday. Georgetown will intersperse conference and non-conference play through early October before finishing the season with Big East play. The game is set to begin at 7 p.m. ET. Follow @GUVoiceSports on Twitter for more fall sports coverage, game day updates and breaking news. 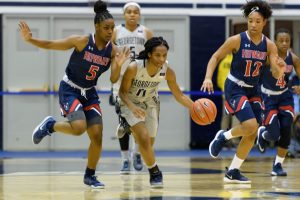