March for Black Women calls for legislative and cultural changes

People met at 7th Street and Madison Drive NW on the National Mall for the March for Black Women on Sept. 29. Marchers were calling for the full reauthorization of the Violence Against Women Act that was set to expire on Sept. 30. The legislation has since been extended through Dec. 7.

The march travelled from its starting point to Freedom Plaza. 16 students representing Georgetown’s Black Student Alliance (BSA) participated in the march. The day before the event, students designed posters at the Center for Social Justice.

The March was organized by Black Women’s Blueprint with the DC Rape Crisis Center, Marsha P. Johnson Institute, and the National Economic & Social Rights Initiative. Elle Hearns, the Director of the Marsha P. Johnson Institute and co-chair of the March for Black Women and March for Survivors, called for accountability not only for perpetrators, but also for a society that allows misrepresentation and violence towards black women. “We understand the colonization of not only this country and of the world, but also of our minds,” Hearns said. “And because of that we must operate with clarity as we take action today as many have taken action before.”

The march was held on the 99th anniversary of the Elaine race riot that killed an estimated 100 to 237 African Americans in Arkansas. The Elaine massacre is considered one of the deadliest in American history.

When asked why she was marching, Damare Baker (SFS ’21) said she was doing it for her family members. “I am marching for all the women in my family. They have sacrificed so much for me,” Baker said. “I am marching for those who cannot be here today.”

Baker also commented on the prevalence of colorism and how the movement for black women must acknowledge everyone in the community regardless of their skin tone. “You often see that a lot of the people who are in front of BSA pictures or marches are light skinned women. There is always light skinned women represented in the media. We need to acknowledge those dark skinned women with the 4C textured hair,” Baker said.

Olivia Vita (COL ’19), BSA Secretary, stressed the importance of faculty representation on campus. “There is a very small black population at Georgetown,” she said. “We thought it was important to come out and be part of the community here and have our voices heard.”

A Forbes study reported 7.2 percent of Georgetown students identify as black or African American. In regards to the lack of resource representation for students of color at Georgetown, Pruitt expressed the need for, “resources that look like the people in the community so that they feel comfortable in doing so in approaching these people,” she said. “Representation makes a huge difference.”

For allies, Pruitt said all it takes is being there to help. “Just show up. You don’t have to be black to be supportive.” 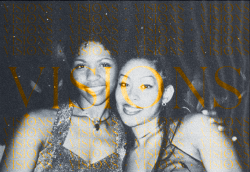