The Way He Looks Is A Summer Dream 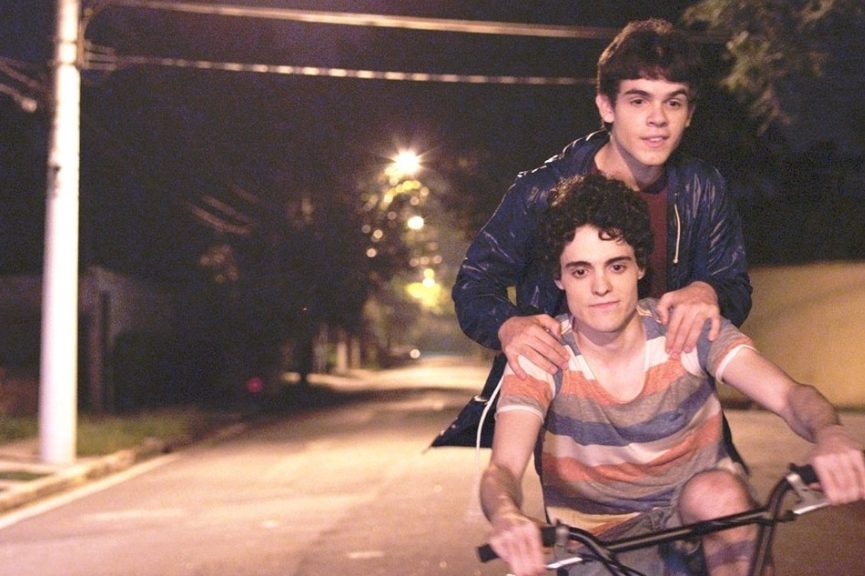 With summer ending, Leonardo (Ghilherme Lobo) and Giovana (Tess Amorim) hang out around the pool. While Leo regrets having to go back to school, Giovana is sick of nothing going on: they never get a great summer romance in their summers. From there spring talks of first kisses, while Giovana, who has been best friends with Leo since forever, looks at him as if she wishes they were something more.

We’ve all seen this story. We all know how this ends.

But The Way He Looks (2014) isn’t that movie: the all-too-familiar plot ends along with summer as the film transforms itself into an honest take on growing up. Leo, a blind high school student from São Paulo, struggles to find freedom in his overprotective environment, especially in his never-ending fight with his parents about going on school camping trips or studying abroad in the US. At school, he finds himself getting closer to new student Gabriel (Fabio Audi), as they work on school projects, bond over music, and watch horror movies and eclipses together (which Gabriel watches and describes, in hushed whispers, to Leo). The two slowly begin to fall in love, but their doubts about how the other feels leave them clueless to the fact that their feelings are mutual. Meanwhile, as the two get closer, Giovana distances herself, feeling hurt over the fact that Leo has replaced her, leaving him without his closest friend when he needs her the most.

For me, watching this film was strange. I grew up in Brazil watching coming-of-age movies set in American cities and suburbs, so seeing teenagers go through romantic subplots and growing pains in neighborhoods that are so familiar was a first. Brazilian coming-of-age films are hard to find, almost as hard as finding a great summer romance.

And yet that’s exactly what Daniel Ribeiro’s The Way He Looks (originally titled Hoje Eu Quero Voltar Sozinho) is: a beautiful, rare, coming-of-age movie. Ribeiro, writer-director whose previous short films centered around LGBT protagonists, continues working with these narratives in his feature-length debut. A lot of the major conflicts—from rebelling against parents to dealing with bullies to falling in love—stem from Leo’s struggles with his identity: of being blind, of being gay, and of simply being a teenager. There is something refreshing and surreal about seeing these stories being portrayed on the big screen, especially with a well-executed script and great performances, particularly from Lobo, Amorim, and Audi.

The characters also feel remarkably real. Leo hates sunscreen but won’t stop hanging out in the sun. He only listens to Beethoven and Tchaikovsky until Gabriel introduces him to the rock band Belle and Sebastian. They talk about music and school projects, and they sneak out late at night only to bike over to a park and watch the eclipse. There’s not a lot of dramatic, high-stakes moments, but The Way He Looks easily carries on without them: it’s more interested in the small, everyday things, making its characters feel like people you could run into on any street or school patio.

Like any teenager’s life, The Way He Looks is almost devoid of a soundtrack, with many of the film’s biggest moments being delivered in total silence. In a scene in which Leo and Giovana are no longer on speaking terms, she silently walks over to him, looking as if she’s finally going to try to talk things out, only to give up and walk away. Leo, who can’t see her, doesn’t realize any of this. It’s breathtaking and nerve-wracking, as Ribeiro expertly plays between what the audience knows and the characters don’t, leaving those watching wanting to literally stand up and yell what’s going on at the screen.

It’s not only the characters who are affected by the silence. As all of them repeatedly bottle up their feelings in quiet teenage angst, it’s hard not to wonder what’s actually going on with them. At what moment does Leo realize he’s falling for Gabriel? What does Giovana think every time she looks at him, long after they fought? What’s going on with Gabriel as he broodily bikes down the streets at night? The movie never gives any answers, but there’s a certain beauty about piecing together these silent scenes, in empathizing with the cluelessness and frustration these characters feel.

Everyone knows what it’s like to be in high school, still trying to figure out who you are. Everyone understands the feeling of growing apart from friends, but also of finding ones that will stand by you through everything. Everyone remembers their first love. It’s easy to relate to these character’s struggles, because, in one way or another, we’ve all been there.

The Way He Looks is both new and familiar, intimate and vulnerable, simple and complicated—but so is growing up. It’s a film that perfectly encapsulates what it’s like to be young, and confused, and in love without ever losing that feeling that, like summer, you never want it to end. 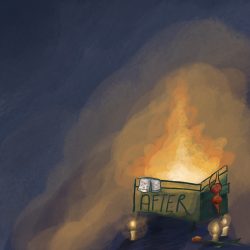 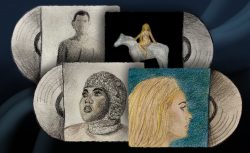 The Voice predicts the 2023 GRAMMYs