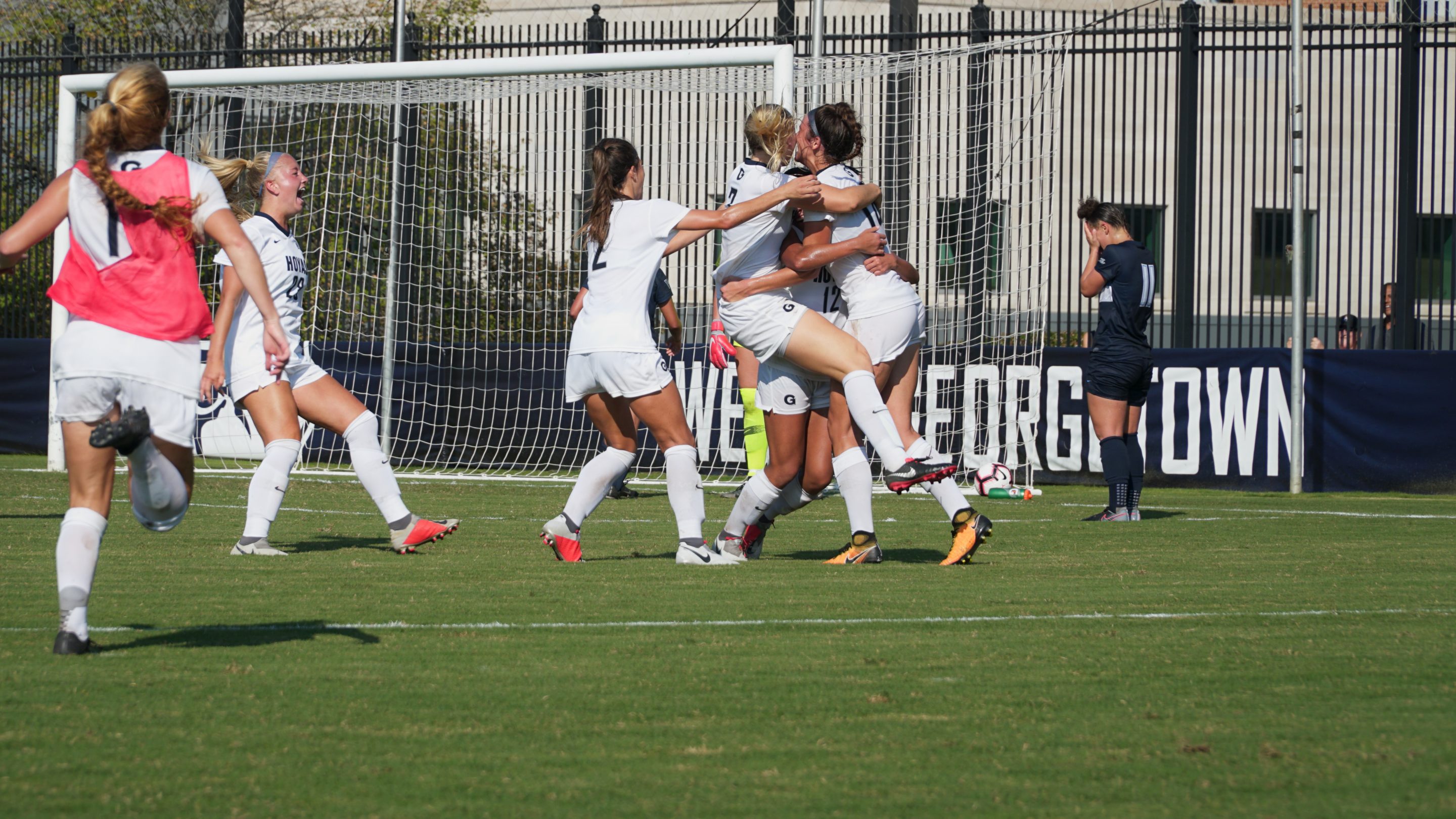 The Hoyas began against the wind, and the Bulldogs looked to take an early advantage. In the fifth minute, a teasing cross from the right flank bounced into the box, but senior defender Jenna Staudt did well to hold off Butler’s freshman forward Anja Savich allowing the ball to run through to Georgetown senior goalkeeper Arielle Schechtman. The Hoyas first attack came six minutes later, but senior forward Caitlin Farrell’s low cross was easily held by Butler’s redshirt junior goalkeeper Hannah Luedtke.

The 17th minute saw Butler’s best opportunity of the match, as a cross fell to last year’s Big East Offensive Player of the Year, senior forward Paige Monaghan. Monaghan’s touch popped the ball into the air, though, and she could only weakly shoot into Schechtman’s hands. Germino-Watnick had a similar opportunity from the counter attack, but, like her Butler counterpart, her touch was loose, and Luedtke was able to smother the danger.

From there, the game settled into a physical midfield battle, but the Hoyas slowly took control of the proceedings. Germino-Watnick and sophomore midfielder Grace Nguyen were able to get onto the ball and win free kicks with their quick feet, and graduate student forward Kyra Carusa repeatedly outmuscled Butler’s center backs with her hold-up play. The pressure nearly paid dividends in the 29th minute, after Carusa won a free kick and took it quickly to Farrell on the wing. Farrell played a looping cross to Germino-Watnick at the back post, but the junior couldn’t direct her header on frame, narrowly missing the post.

Neither team created another clear-cut chance for the rest of the half, and despite the Bulldogs’ 6-3 shot advantage, the Hoyas were comfortable going into the break.

“We knew the wind was going to be a huge equalizer in the game, and we rolled the dice in that we wanted to go against it in the first half,” Georgetown head coach Dave Nolan said. “I knew once we got to halftime tied up, I felt that the second half we would eventually wear them down.”

The Hoyas flew out of the gates in the second half, and in the 48th minute, junior midfielder Carson Nizialek whipped a free kick across the danger area in front of sophomore goalkeeper Leonie Doege’s goal, just missing both Carusa’s head and the far post. Savich had a half chance from a header three minutes later, but Schechtman comfortably dealt with the shot and covered up the rebound to prevent more danger. After Carusa turned her defender in the box, the ball ended up laid back to Nizialek, who couldn’t keep her shot down. But, the Hoyas struck three minutes later in the 65th.

Germino-Watnick won a free kick after nutmegging Butler’s freshman midfielder Morgan Kloosterman, and from almost the same spot as her 48th minute set piece, Nizialek stood over the ball and pulled out a training ground set piece. This time, however, she played the ball along the ground towards the near post. Nally beat Doege to the ball and backheeled it across the six yard box for Livingstone to finish into the empty net.

Butler senior forward Halle Stelbasky had the ball in Schechtman’s net in the 75th minute, but the play was whistled dead for offside. Otherwise, Schechtman had no work to do between the posts. Farrell began to find space on the right wing after the goal, and it was from Farrell’s cross in the 83rd minute that the Hoyas scored again. Senior forward Amanda Carolan was first to react to the ball in, tapping it beyond Doege and squaring for Germino-Watnick, who calmly slotted the ball home.

Butler junior forward Macy Miller rattled the bar in the 86th minute, but the Bulldogs couldn’t create enough offense to catch the Hoyas, and the afternoon ended with graduate student defender and captain Leah McCullough lifting the trophy.

Yet, despite already capturing silverware, the Hoyas won’t take the match off against Xavier (10-7-1, 4-3-1 Big East) with a chance to go a perfect 9-0 in conference play.

“We have a chance to do something special, which I don’t remember anyone doing in the past,” Nolan said. “They want to make history, a different history from teams in the past, and none of our teams in the past have ever done that, so we’ll go for Xavier like we want to go for it.”

Beyond running the table in the conference, Georgetown also has the chance to earn a high NCAA Tournament seed, unlike last season, when they had to visit Wake Forest in the first round, eventually going out on penalties.

“The selection committee didn’t do us any favors last year in the first round, but I feel if we can finish the season, win the next three games and win the conference tournament, it’ll be hard for us not to be a 1 or a 2 seed,” Nolan said. “We’d like to get a first game at home, then we’d like to have a chance to host the second and third round, and after that then you’re playing with house money.”

Kickoff against the Musketeers is at 7 p.m. ET in Cincinnati. For live updates and breaking news on women’s soccer, as well as the rest of the fall sports at Georgetown, follow @GUVoiceSports on Twitter. 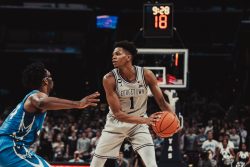 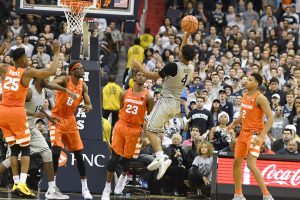