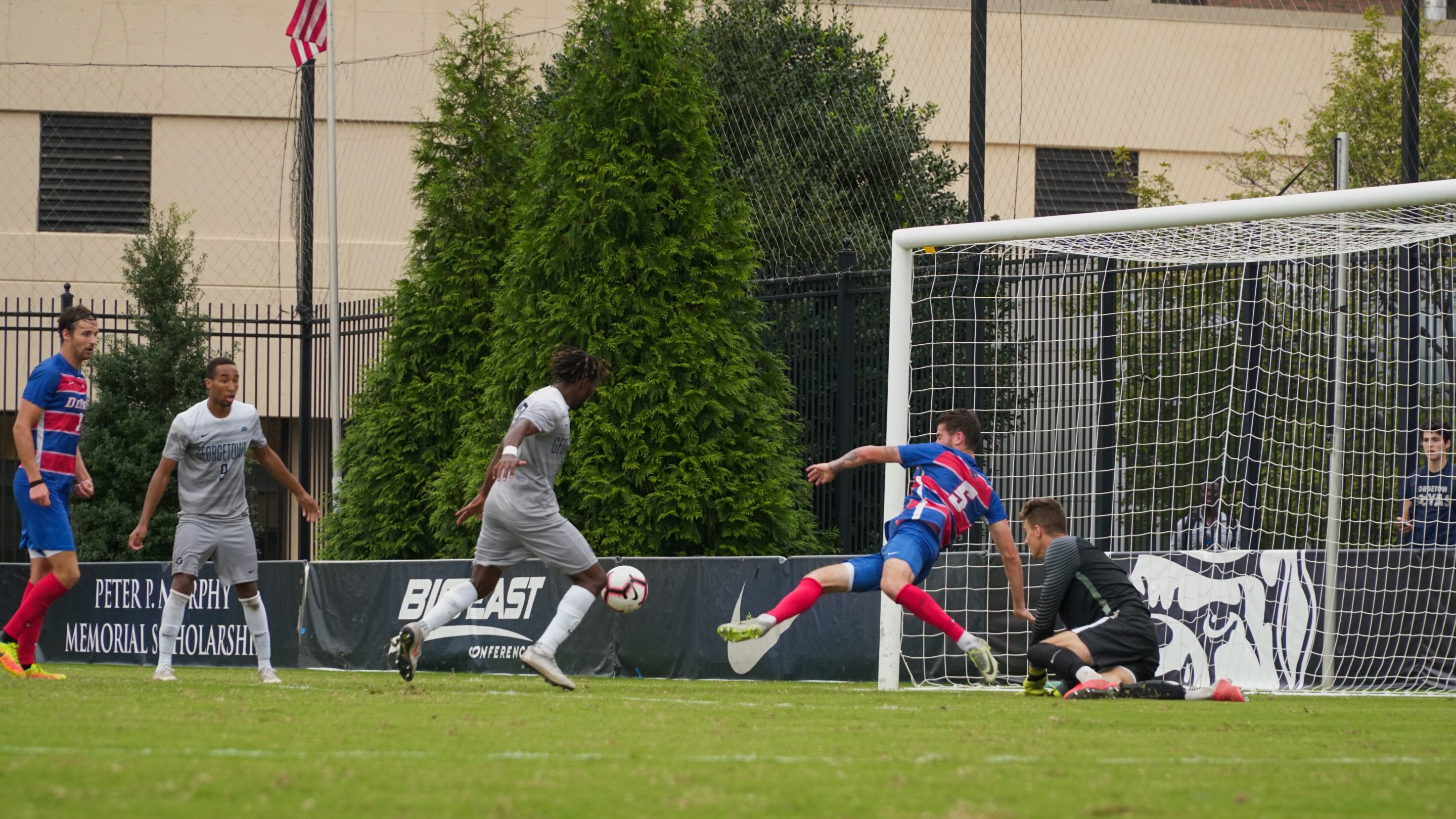 The No. 24 Georgetown mens’ soccer team (9-3-3, 5-1-1 Big East) extended their winning streak to three games in dramatic fashion on Wednesday night as sophomore forward Derek Dodson scored an 89th minute winner to down the Providence Friars (7-6-2, 4-2-1 Big East). Junior midfielder Ryan Griffin gave the host Friars the lead with only four minutes gone, but second-half goals from two sophomore substitutes, midfielder Foster McCune in the 70th minute and then Dodson with only one minute left in regular time, gave the Hoyas the victory and possession of first place in the Big East with No. 19 Creighton (10-3-2, 6-0-1).

Wednesday night loomed large for both Georgetown and Providence as the two teams entered the match even on 13 points in the Big East with only three games remaining in conference play. It was the creative Griffin who gave the Friars a dream start in front of their home crowd in the fourth minute when he put his boot through a bobbling ball on the outside of the 18-yard box, fizzing the ball past Georgetown’s freshman keeper Giannis Nikopolidis and into the bottom-left corner of the net. The goal was Griffin’s third of the season and was only the second instance this season in which Georgetown has conceded first.

Allowed the tactical flexibility to sit back and defend while picking their spots to counter-attack, the Friars looked comfortable throughout the remainder of the first half. The Hoyas’ first shot did not come until freshman midfielder Sean Zawadzki fired over the bar from outside the box with some twenty minutes gone, while junior striker Achara went well wide a few minutes later. The visitors’ best chance came in the twenty-ninth minute when the Friars’ senior keeper Colin Miller denied sophomore midfielder Jacob Montes in close quarters when the ball found Montes all alone with a sharp angle at the net.

The visitors came out with renewed energy after the break, however, and piled on the pressure, earning two corner kicks inside the first two minutes of the second half, while Dodson shot wide another minute later. Achara forced a save from Miller in the 66th minute, but the real scare for the Hoyas came when Griffin picked up the ball some thirty yards away from net, took two touches and rang the crossbar with a searing effort that went right over Nikopolidis’ head. Three minutes later, McCune, who had been subbed on some ten minutes earlier, found himself all alone six yards out on the far side of the area after junior right back Dylan Nealis’ cross made it through a crowd queued on the right side of the area. It was a true poacher’s goal for the second of McCune’s career with the Blue & Gray, while Nealis added his team-leading sixth assist of the season.

Both teams kept pushing after the Hoyas’ evened the score, as the striking tandem of Achara and Dodson looked dangerous with three shots between them after the goal while Providence shot over the bar twice. It took a bit of individual brilliance from the Hoyas’ leading scorer in the 89th to give them the three points, as sophomore left back Sean O’Hearn played a ball to Dodson, who was surrounded by Friars defenders on the edge of the box. Dodson popped the pass up and spun towards net before letting the ball fall and dragging it to his left to create space, and then beautifully flicked the ball up and over the onrushing Miller to give Georgetown the certain victory. With the goal, Providence found themselves on the losing end after opening the scoring for the first time all season after their impressive 463:59 clean sheet run in Big East play was snapped nineteen minutes earlier by McCune.

The Hoyas host fifth-placed St. John’s (6-6-3, 2-2-3 Big East) on Saturday at Shaw Field before they travel to Omaha, Nebraska four days later to meet Creighton for their regular-season finale in a tilt that could determine the Big East’s regular-season champion. 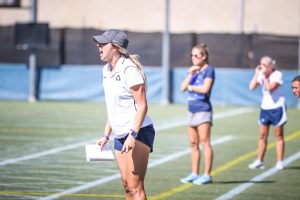 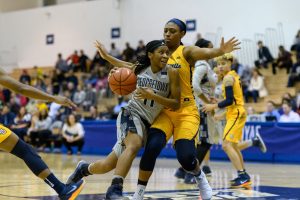