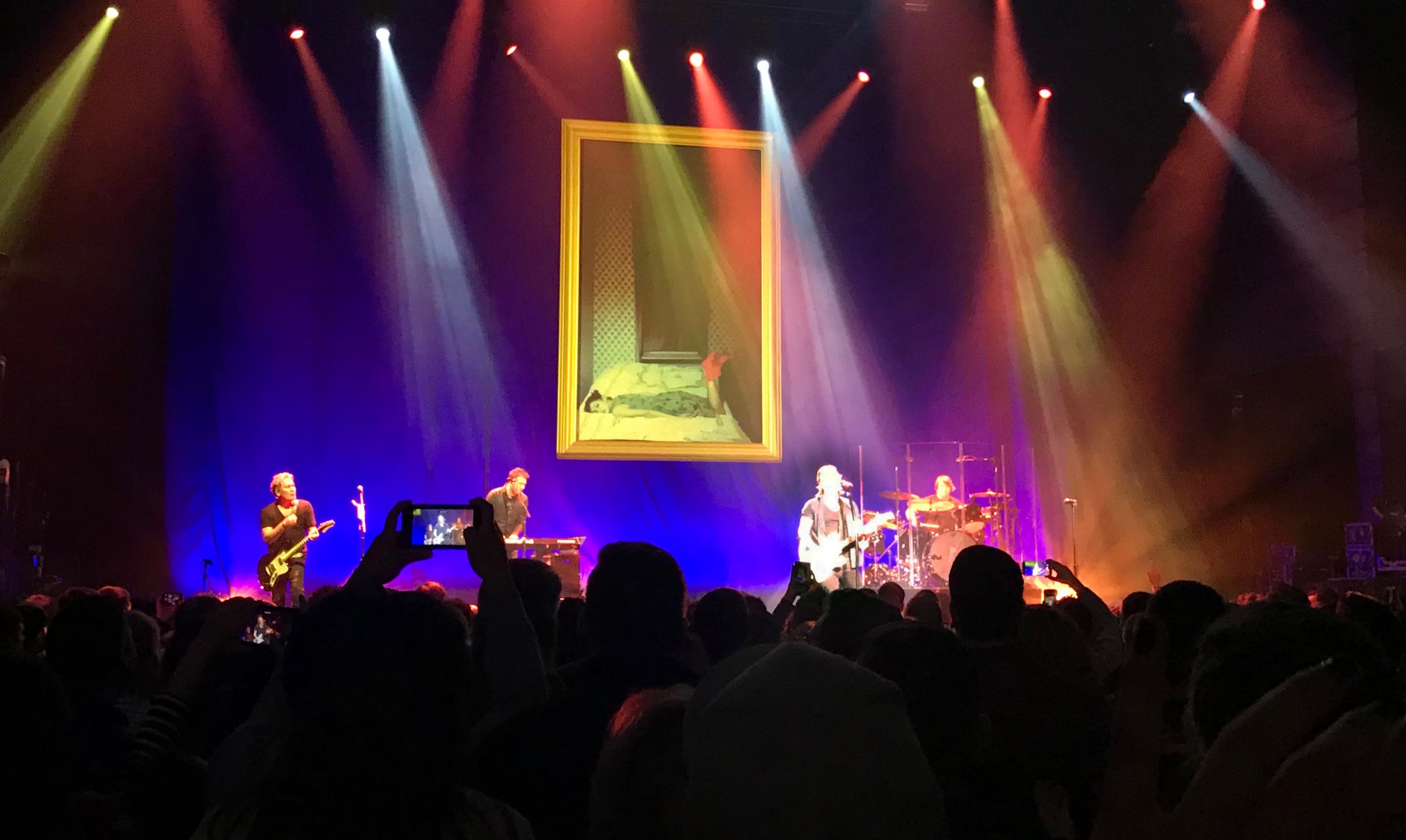 Dizzy Up the Girl may have been released in 1998, but you wouldn’t be able to tell by the look of the crowd that filled the venue. Standing in the middle of The Anthem, I was in front of a middle aged couple, next to a group of twenty-somethings on a girls’ night out, and behind a man that looked to be in his sixties, each of them equally eager for the show to start. I could sense the timelessness of the music before the band even took the stage. The crowd’s anticipation was infectious, as everyone waited to hear live music they had been hearing through headphones for 20 years.

The stage set up was simple: a huge framed copy of the Dizzy album art that features a girl lying on a bed, her piercing stare turned towards the viewer and her iconic pink boots up in the air. During the first set, different patterns of light, corresponding to the song, were projected onto the photograph, combining the classic image with a new, high-tech twist.

The concert was split up into two sets. The first half consisted entirety of the album Dizzy Up the Girl, in order of the its tracklist. There were no strategically placed #1 hits to draw the audience back in, no planned slow songs to calm the crowd. The band relied on their album planning from 1998, letting the music speak for itself. And it worked.

The opening song of the album, “Dizzy,” sparked energy in the room, preparing the crowd for “Slide,” one of the Goo Goo Dolls’ most popular songs. The crowd sang and danced  along with abandon, almost drowning out the band itself,

As the first chords of “Black Balloon” rang out, black balloons descended onto the audience from the stage, and floated above the crowd for the remainder of the show. Fans put their hands in the air to show their absolute awe. People around me closed their eyes as they sang, trying to absorb the emotions radiating from the song, which tells the story of a man trying to save his lover from her heroin addiction.

“Acoustic #3,” one of the Goo Goo Dolls’ less well-known songs on the album, captivated the audience. A hush fell over the crowd. This was one of the few songs from the album to which few people danced or sang. The stage lights went down, and the only sounds in the venue were the haunting strum of an acoustic guitar and Johnny Rzeznik’s voice.

Finally, the moment we had all been waiting for arrived. With the very first notes of “Iris”—a song written for the soundtrack of ‘90s romance movie City of Angels, but has since taken on a remarkable life of its own—thousands of individual voices became one.“And I don’t want the world see me/ ‘Cause I don’t think that they’d understand/ When everything’s made to be broken/ I just want you to know who I am.” The lyrics speak of a deeply personal struggle, but one that perfectly captures a universal human experience. Everyone from the married couples, to the 18-year-old girls, to the people who were actually old enough to be rock fans at the time of the song’s release sang the lyrics freely. The chorus was repeated many times, and each time the room became more invested in the song.

After a brief intermission, the band played a second set that began with a part-music, part-comedy bit, during which frontman John Rzeznik joked and sang with a life-sized video recording of himself. The music quality was consistent with the first set—Rzeznik is undeniably talented—but the bit felt gimmicky. He opened with “Better Days,” one of my personal favorites outside of Dizzy Up the Girl. The performances that followed, including “Can’t Let It Go,” and “Two Days in February,” were musically flawless, and when the rest of the group eventually joined Rzeznik on stage to complete the set, the crowd’s attention returned after the initial confusion caused by the video bit. Although the second set was somewhat unnecessary, it did not invalidate the spectacular first set, which truly showcased the band’s unbelievable talent.

The Goo Goo Dolls’ Dizzy Up the Girl 20th Anniversary tour represents the incredible power of music to unite people. Music like Dizzy brings us together, even 20 years later, to laugh and jump and sing and dance. It has no specific demographic. It only has an undeniable energy that makes people listen, and a timeless honesty that makes them stick around. The genuine, universal emotion imbued in every performance makes Dizzy relevant to all. It’s music that never goes out of style. 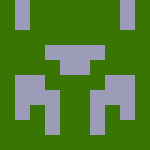