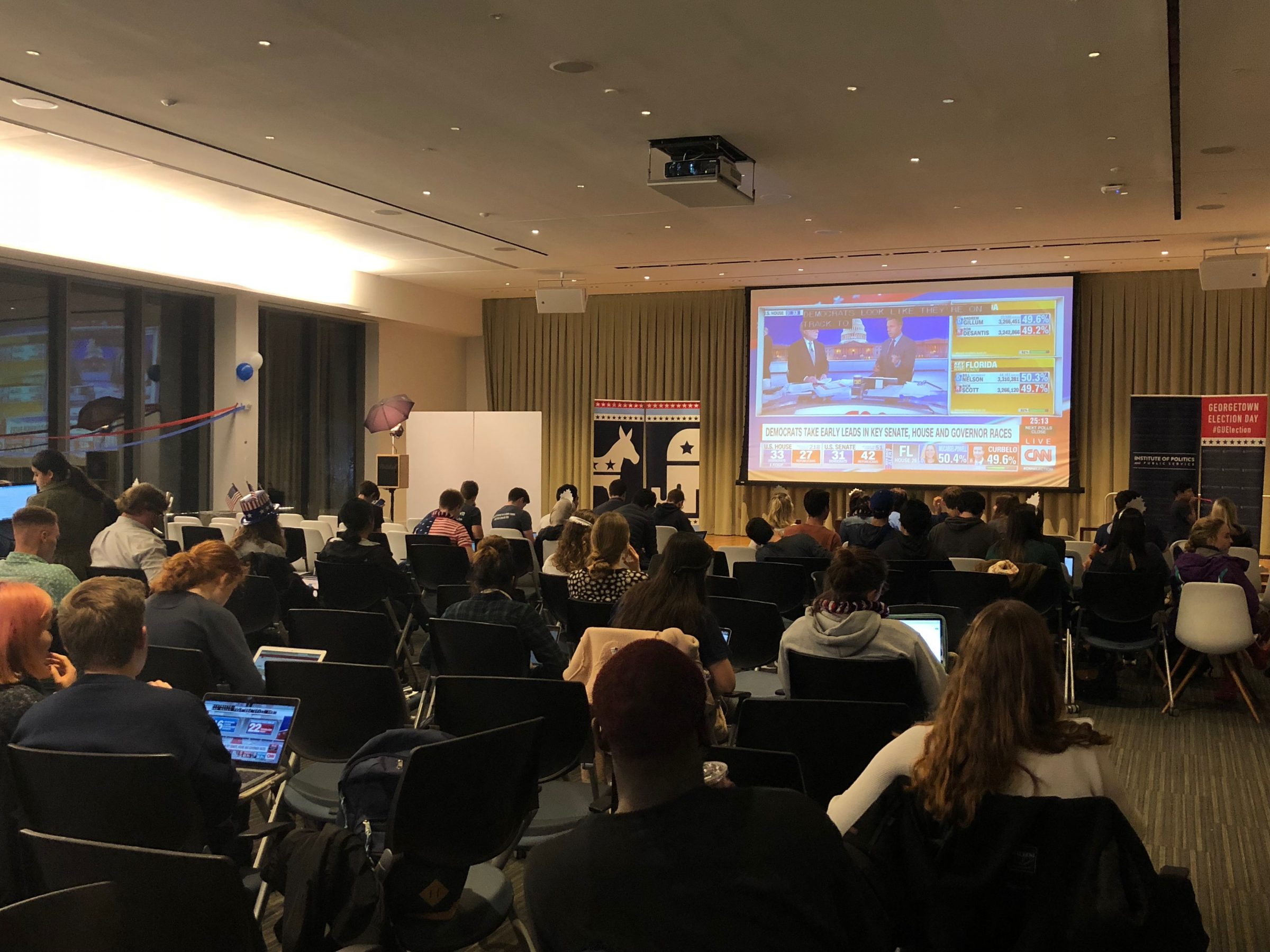 Students voted, watched election results, and participated in events around campus on Election Day on Nov. 6. Many events were organized by GU Politics, but other student groups had programming as well.

Jacqueline Beveridge (SFS ’19), co-president of GU Votes, felt that all of the events provided students with a chance to learn more about the elections. “There’s a lot of programming that happened today that gives you an inside look into some of the issues during elections and just interesting components to midterms and elections in general that you otherwise wouldn’t get,” she said. 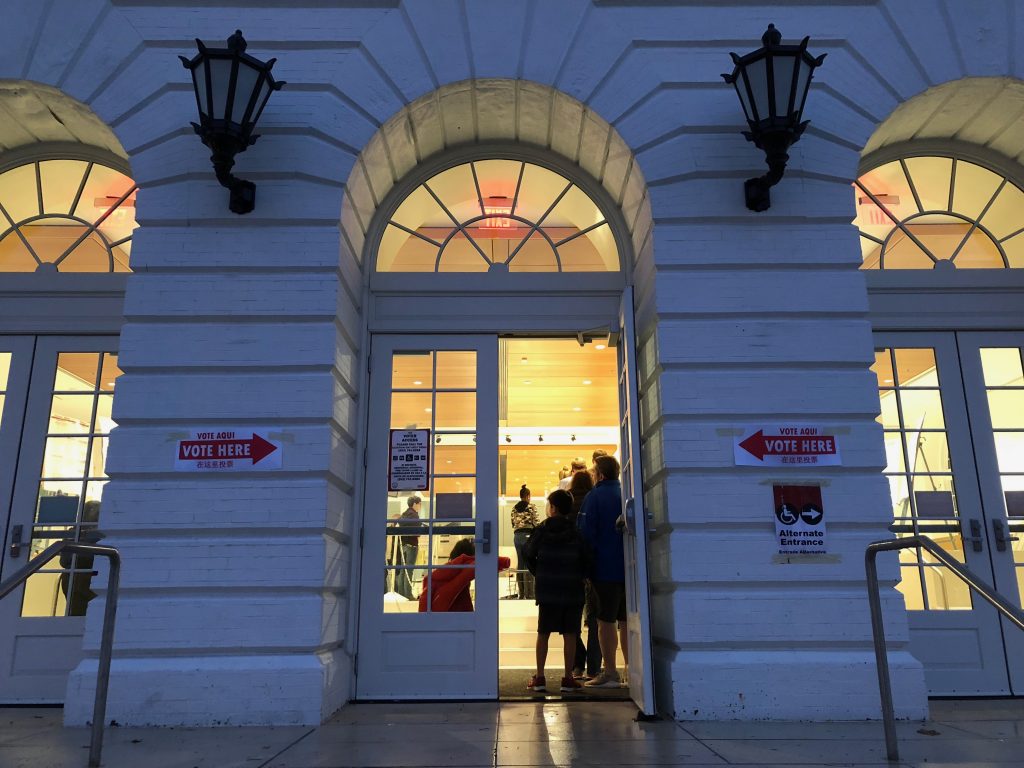 Over the course of the day, GU Votes held three walks along the eight blocks from the front gates to Duke Ellington High School, the closest polling place to campus.

Each walk was attended by five to ten students, and all were accompanied by Beveridge or Georgetown’s representatives on the Advisory Neighborhood Commission.

Part of the purpose of hosting the walks was to build a politically-active community. “We believe that the most important thing is that we can foster a community and a culture of voting and civic engagement, and that can take many different shapes and forms and political parties,” Beveridge said.

The walks also aided students navigating the process of registering and voting, and were particularly helpful for first-time voters, like Stefan Sujansky (SFS ’22).

“I honestly didn’t know where the nearest polling place was, so having a group on campus that would literally walk you to the place and show you the ropes is definitely something that I really appreciate as a first-time voter,” Sujansky said. “This definitely would have been a whole lot more difficult without them.”

While most students do vote via absentee ballot in their home states, some chose to attend the walks due to logistical issues that prevented that. 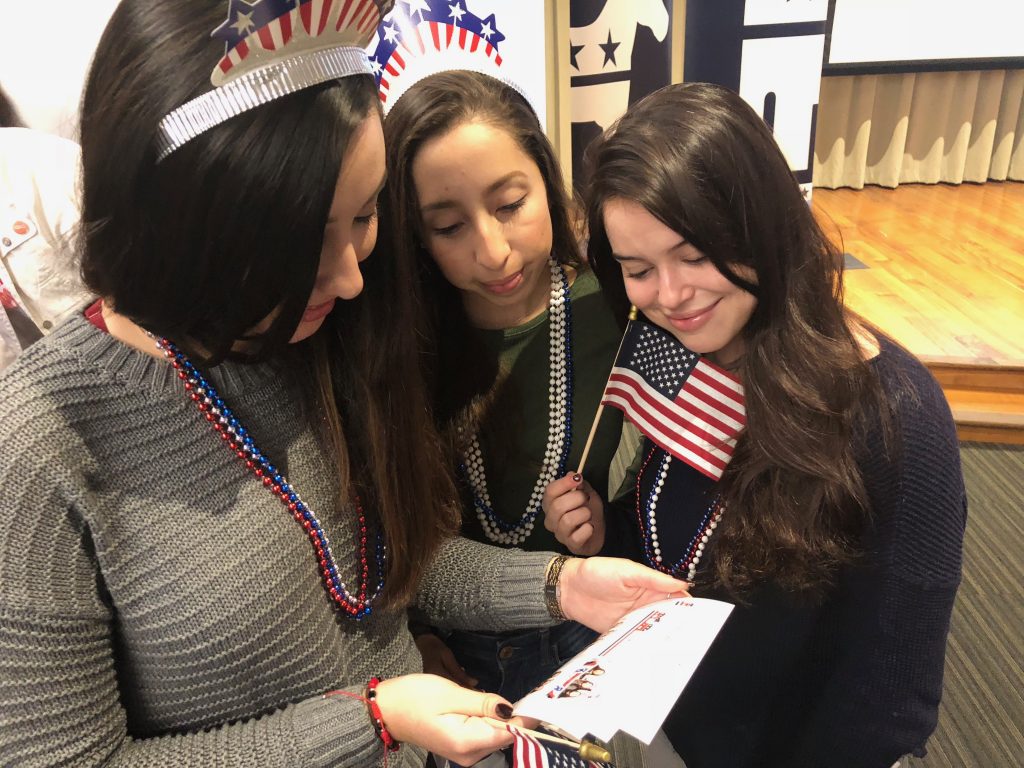 “Sometimes it’s students who unfortunately missed a deadline, and so they want to vote in DC rather than not vote at all,” Beveridge said. “Sometimes it’s people whose families have moved since they’ve come to school, and so they no longer have residence in their state, and they vote here.”

Although many of these students were dismayed that they could not vote for races at home, they still wanted their voices to be heard in some capacity. Beyond that disappointment, some also felt that voting in DC was less important.

“The fact that it doesn’t have any voting power in Congress made voting in DC feel a little less fulfilling,” Sujansky said. This lack of representation in Congress is particularly relevant in a midterm election year, when the only federal-level elections are for senators and congressman.

In addition to voting, students followed election results throughout Tuesday evening in the Healey Family Student Center (HFSC). Students watched coverage from a variety of cable news channels on TVs around the HFSC, while also paying attention to specific races on their laptops and phones.

There was a photo booth sponsored by Politico Playbook, and a competition for the most accurate prediction of the election results. 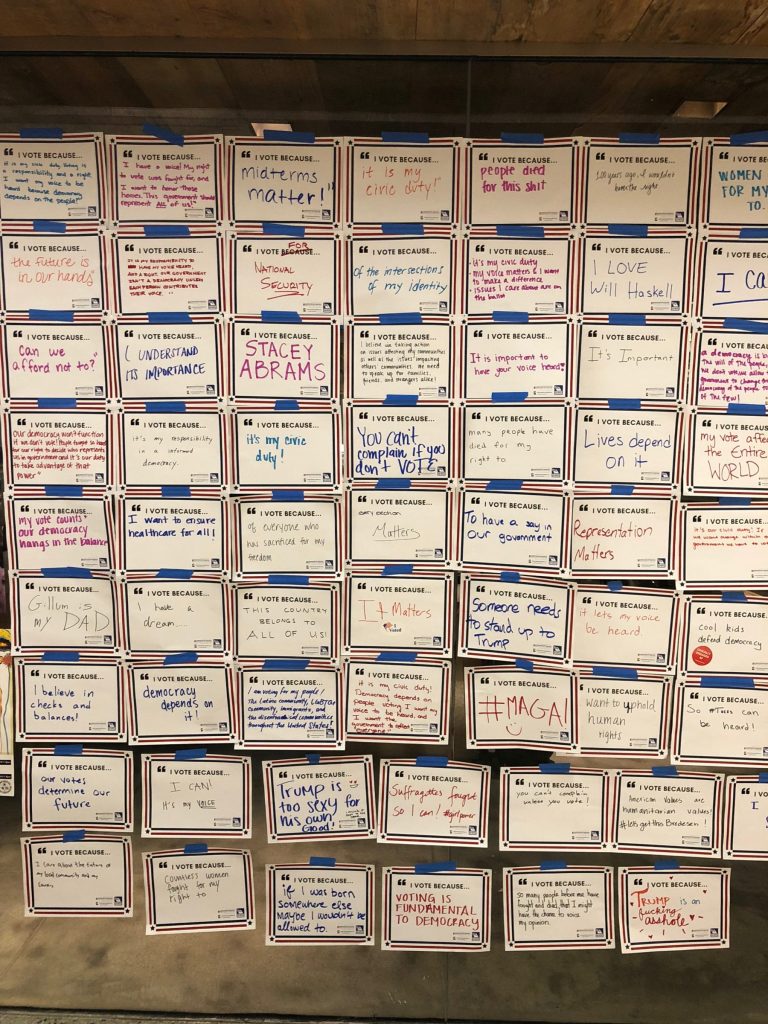 Cards on the “I Vote Because” wall

Students covered the glass wall in front of Hilltoss with “I Vote Because…” signs. There was a wide variety of messages, with some describing voting as a civic duty or responsibility, and others highlighting particular candidates. There was also a map of the 50 states where blue, red, and purple stickers showed how students voted.

As particular races were called throughout the night, the HFSC would erupt in applause or jeers, depending on who won.

Not unlike a sporting event between two rivals, the environment in the HFSC was very partisan, with each side rooting for their own candidates.

“You can see people’s reactions. You can see the disappointment on the other side’s faces, while you can feel really happy at the same time. It’s kind of a perverse form of happiness, but I still feel it,” Mazzeo said.

With partisanship running high, there were students having their own debates on a variety of policy issues. Students from all over the country spoke personally about national issues ranging from environmental policy to healthcare reform.

Some students even chose to substantiate their positions by recording a speech. GU Politics staffer Michael Lundgren (SFS ’22) discussed one way students were able to express their views. “The Georgetown University Public Speaking club had an event titled ‘Discourse and Donuts,’ where students gave a thirty-minute speech in front of a camera and then got a Krispy Kreme donut,” he said.

A few friends eventually came to realize that they held differing political opinions as various races were discussed. “[My friend] wants one candidate, and I want another candidate, and that’s OK. We’re seeing how it goes,” said Henry Dai (COL ’22). “It’s pretty cool how we have such good political diversity, and that allows us to look at things and analyze them without being overly emotional.”

Beveridge felt that having much of the Georgetown community coalesce around the election helped build energy and tied together a very wide range of personal and expert perspectives.

“It’s kind of great to have a community when you have an election, because it’s nice to draw in different people’s experiences and perspectives,” she said. 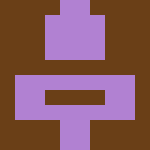 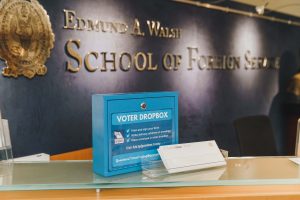 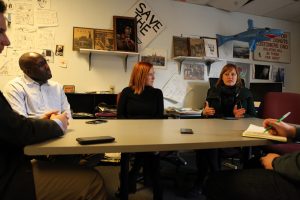