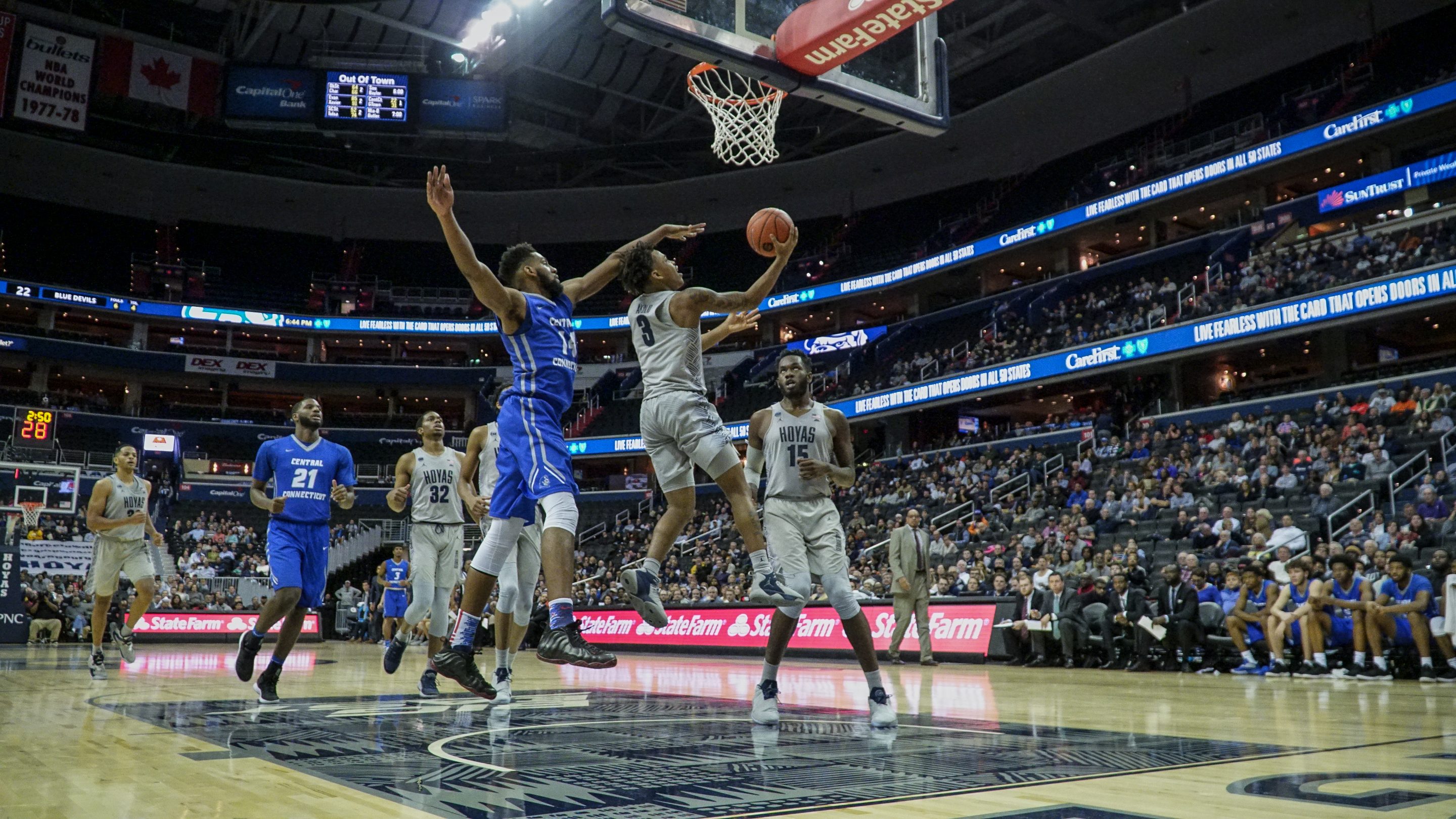 The Georgetown men’s basketball team (2-0, Big East) will play its first road game of the season on Tuesday night when it tips off against the Illinois Fighting Illini (1-0, Big Ten) at the State Farm Center. The Illini are also the Hoyas’ first Power Five opponent of the season, as  this matchup is a part of the Gavitt Tipoff Games pairing Big East and Big Ten teams in remembrance of longtime Big East Conference commissioner Dave Gavitt, who passed in 2011.

The Blue & Gray have beaten two low-major opponents to date, Maryland Eastern Shore and Central Connecticut, by a combined margin of 22 points. Senior center and First-Team All Big East selection Jessie Govan has looked dominant thus far, averaging 19.5 points and 7.5 rebounds per game on 75 percent shooting, and will be likely be leaned on again facing an Illinois team returning no player taller than 6’6”. Complementing Govan offensively will be sophomore forward Jamorko Pickett, who has averaged an efficient 11.5 points per game while shooting 67 percent from the field.

It’s uncertain who will feature for the Hoyas beyond those two pieces, though freshman point guard James Akinjo has handled 29 minutes per game thus far, averaging 10.5 points and 7 assists per game. Fellow freshman guard Mac McClung has started both games in the backcourt alongside Akinjo while averaging 23.5 minutes and 6 points per game, while senior guard/forward Kaleb Johnson and sophomore guard Jahvon Blair will also likely see time. It’s important to note that the Hoyas have committed 32 turnovers through two games, and against Illinois head coach Brad Underwood’s high-risk, high-reward “havoc” defense, the Hoyas will likely only win if their guards can take care of the ball. Both senior forward Trey Mourning and freshman forward Josh Leblanc have started well playing primarily at the four but should have a tougher time getting to the basket against the Illini.

The biggest uncertainty for the Illini is who will step up down low and guard Govan and Mourning. The two seniors have had their way getting to the basket through two games, while Underwood has virtually no size returning. Against Evansville, 6-foot-9 freshman Giorgi Bezhanishvili played over 21 minutes and pulled down 10 rebounds, while 7-foot graduate student center Adonis de la Rosa (Kent State) sat out the opener and is listed as a game-time decision for Tuesday.

Tuesday night will be an important indicator of how far the Hoyas have come to this point in head coach Patrick Ewing’s tenure. The Illini, picked between 10th and 13th in most Big Ten preseason, are the type of opponent the Hoyas have to dispatch if they are going to make a run at the Big Dance this year. Ewing’s first non-conference Power Five game against a team not named Syracuse is finally here, and it should be telling. Tipoff is set for 8:30 ET in Champaign. Follow @GUVoiceSports on Twitter for basketball updates and breaking news. 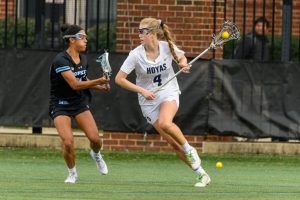 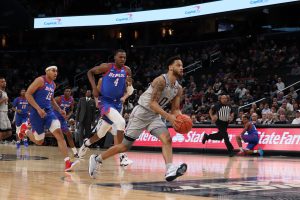 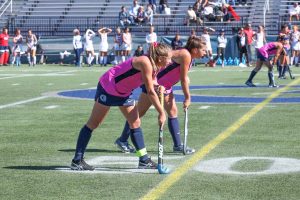