For anyone who has grown up sitting through masses and the homilies therein, the phrase “follower of Christ” probably passes by your ears unchecked. “Follower,” “sheep in the flock,” and “servant to the Eternal Master” are all ways of explaining how we are called to heed and obey the Word of God. While it is true that Catholics are called to follow in our Messiah’s footsteps, I believe that this “follow-speak” can give us a wrong conception of our calling in this world.

I am no exception to this phenomenon. Inundated with commands to be a disciple, I took on the task without fully understanding it. After all, I was simply a boy born two thousand years after the Son of God, taking up my small place in the institution which He established. My Church had seen some of the greatest minds in history, been led by persons of character and fame through times incomprehensibly unstable and treacherous to the modern mind. Even today, there are theologians and clergy far more qualified and holy than I who can lead the flock. To be anything but a follower seemed hubristic.

These views of mine underwent a radical transformation about a year ago when I became Grand Knight of the Knights of Columbus council at Georgetown. Rather suddenly, I found myself thrust into the role of leader. Pervasive thoughts of inadequacy and fears of disappointing others clouded my mind. Again, who was I to seize the reins with my unworthy hands?

Even as the business of running an organization consumed me, I remained unsure of my status as a leader. I set up spiritual discussion dinners, but I did not discuss my faith. Despite helping to publicize adoration services, I found myself further from God. And even when encouraging others to attend daily mass, my time in church suffered.

But one summer Sunday in a pew in my home parish, I came to a realization. My pastor spoke of his process of discerning his call to the priesthood in his homily, recalling how, despite his pursuit of a holy profession, he felt his faith fading to the background amidst the immediate concerns of his busy days. This, he said, was because he had undertaken his faith journey alone. Where was God to be found in all of this hustle and bustle?

This is when it occurred to me. I too had attempted to undertake my faith journey alone. I had constructed a false conception of a leader as a self-reliant forerunner, capable of bearing the logistical and mental burdens of all tasks unaided. But had Saint Paul or Pope Saint Gregory the Great lived without God? No, not even the greatest Catholic leaders of history would dare portray themselves as the origins of their own success. Rather, it was their reliance on God that lent them the strength to persevere, and His presence that gave them guidance in trying times.

Seeing how flawed some of my previously foundational assumptions were, I ventured to further examine my faith. After some time, it became painfully obvious to me that the Christian faith was not one of followers. To follow Christ is to lead. We as Catholics are members of a radically reformative religion, started by a man who preached at the risk of His own life against the entrapments of this world. Jesus did not come to Earth be the sole example of a Christian leader; rather, he empowered the apostles who in turn empowered others to go out and lead the faith community.

Without my experience as Grand Knight, I never would have come to see how wrong my passive version of Catholicism was. We are each called to be leaders, both of our own faith experience and in our communities. We must lead ourselves down the correct path, looking to Tradition and Scripture for guidance, while helping others to do the same.

The need to share my epiphany is especially strong given the condition of the Church today. The perpetuation of the sex abuse crisis was, in part, a product of the feelings of inadequacy and sheepishness akin to what I felt in the Catholic community at large. As laity, it can be hard to assert oneself in the community as a voice to be heard, and the path of least resistance is almost always acquiescence. But if I have learned anything, it is that exerting control over others with the power of a title does not make a leader. Rather, it is the willingness to take command of one’s own actions to exact positive change that constitutes Catholic leadership. In such a time, I believe that we all have the opportunity to better live out our faith as active leaders—both for ourselves and for those around us. 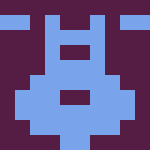