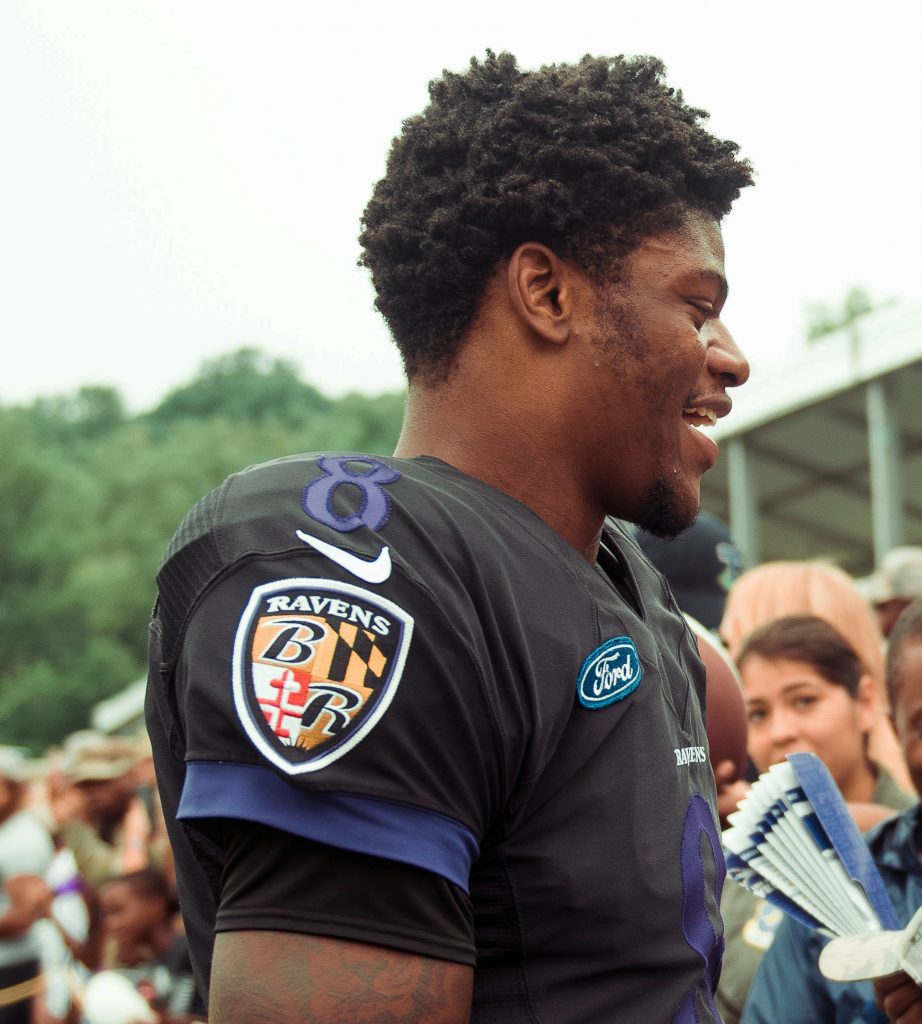 A New Purple Reign in Baltimore

The Baltimore Ravens do not make significant changes in personnel very often, but it seems they are on the verge of something new. While we are used to seeing the calm, cool, and collected quarterback Joe Flacco on the field for the Ravens, it seems his days are limited. With first round pick Lamar Jackson leading the Ravens to victory in his first two games as a starter, one has to wonder: is it too early to jump on the Jackson bandwagon?

Despite Jackson’s success, there is still something to be said for the veteran Flacco, who started off the season hot, leading his team to a 3-1 start. Before his injury, the Ravens scored 12 touchdowns in their first 12 visits to the red zone, making them the first team in NFL history to accomplish such a feat. And no one will forget how Flacco stunned everyone during the 2012 season, winning Super Bowl XLVII against the 49ers and being named MVP. While it is nice to reminisce on Joe Cool’s achievements, we are now in 2018. His coolness is still there, but the Ravens are starting to move on. And after suffering multiple injuries, his current hip ailment is all the Ravens need to open the door for Jackson.

Even though it’s premature to call Jackson a franchise quarterback, his first two starts seem to point in that direction. Against the Cincinnati Bengals, Jackson rushed for 119 yards; he added 71 more yards against the Oakland Raiders this week. While his passing is a work in progress, Jackson is definitely making his name known around the league.

Looking at the Ravens’ previous seasons, it should not surprise anyone that the team is on the verge of making some serious changes—probably on the coaching side as well. Ever since winning the Super Bowl in 2013, the Ravens have been on a downward spiral, failing to make  the playoffs each year since the 2014 season. After changing offensive coordinators multiple times, coach John Harbaugh is now in the hot seat. Still, with up-and-coming threats like Jackson, maybe his tenure will continue.

While there is a ton of commotion on the offensive side of the ball, let us not forget about the defense. Even though the Ray Lewis era is long gone, the Ravens maintain their dominance on defense. Baltimore is currently ranked first in several defensive categories, averaging 18.0 points per game and 295.4 yards per game—the fewest allowed in the NFL. So while all eyes are on the offense, perhaps the defense can lead the team to the playoffs.

The Ravens should not be underestimated as the 2018 season heads into its final stretch. Even if Lamar Jackson does not lead the pack (or flock, in this case), the team has something to look forward to. Besides, I bet we all love seeing Joe January. Let’s hope they actually make it to the playoffs first, though.