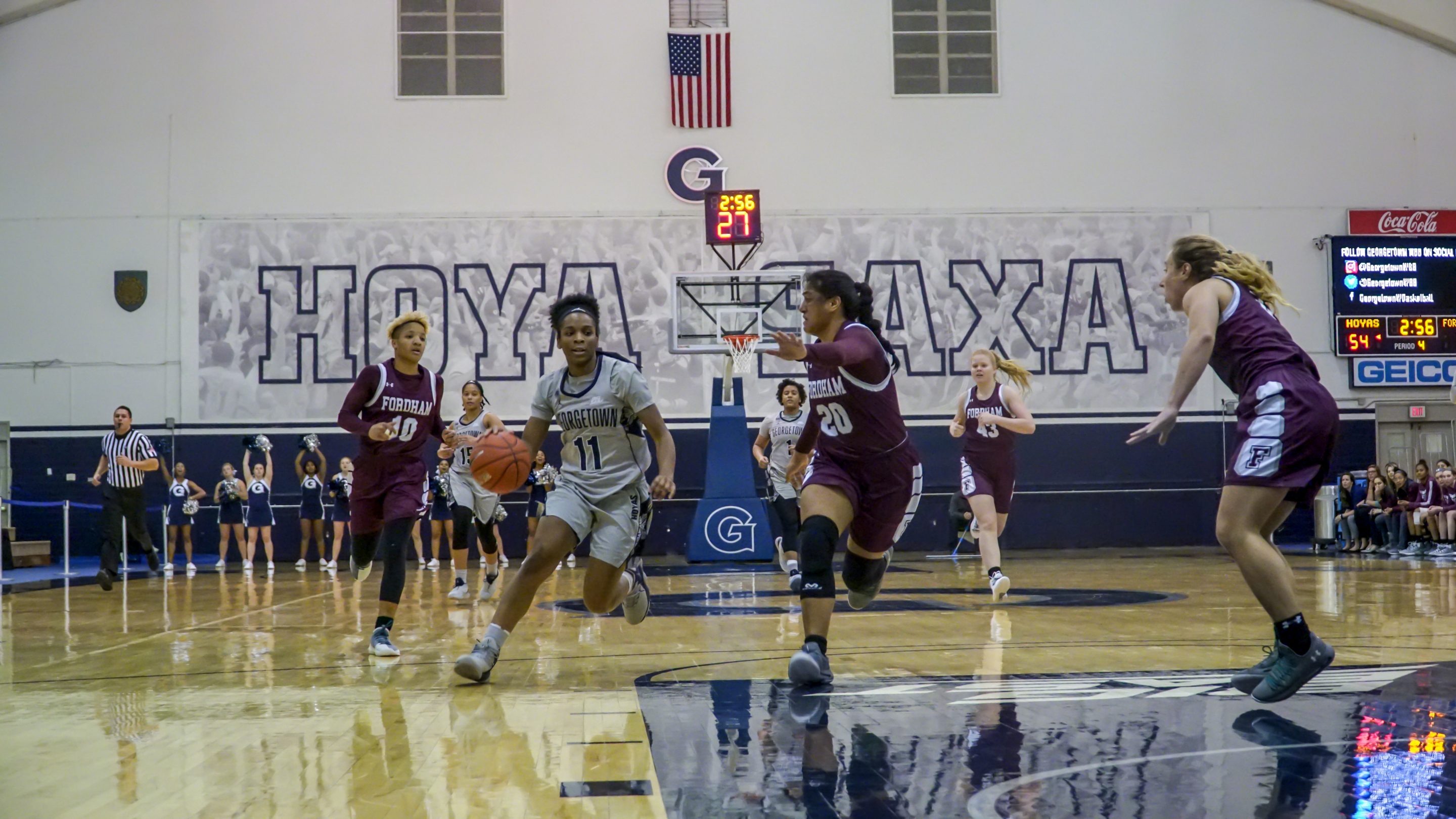 Coming off of a two-game losing streak in Las Vegas last weekend, the Georgetown Hoyas women’s basketball team (5-3, Big East) were able to preserve their perfect record at home on Thursday night, defeating the Fordham Rams (4-4, Atlantic 10) 58-38 in McDonough Arena.

“Getting back home, being able to get back in the gym, trying to get those three seniors’ [White, Adomako, and Venson] rhythm back and get them playing on the same night, all three together—and all three were our leading scorers today, they all scored in double figures,” said Georgetown head coach James Howard. “That’s who we are, and we go off of them.”

“She was quick, and she can shoot, so it was kind of hard guessing what she was gonna do, and not giving her too much space,” White said of guarding Cavanaugh.

Junior forward Anita Kelava opened the scoring for the Hoyas, making two free throws and then adding a jumper. The Rams trailed closely behind the Hoyas early in the game, managing to gain a one-point lead late in the first quarter. Two points from Adomako and a three from Venson helped the Hoyas gain a four-point lead at the end of the first quarter.

“I think we did well sharing the ball and looking for each other, pushing the ball in transition, really focusing on defense and really limiting our mental lapses,” White said.

Both teams continued a tough defensive performance in the second quarter, but the Hoyas began to pull ahead. Junior guard Morgan Smith added a layup to bring Georgetown’s lead to 10 with five minutes left in the half. Coming back from a timeout, Fordham managed to cut Georgetown’s lead down to four, ending the half 32-28.

Georgetown dominated in the second half, with a strong defensive effort allowing Fordham only ten points total in the third and fourth quarters. The Hoyas’ lead grew to 20 points in the fourth quarter, bringing the final score to 58-38.

“We pride ourselves on the defensive end, and tonight, we defended well,” Howard said.

With this win, Georgetown remains undefeated, 4-0, at home so far this season.

The Hoyas will be back in McDonough Arena and looking to keep up this streak in their next matchup against VCU (5-2, Atlantic 10) this Sunday. Tip-off is set for 2 p.m. ET. Follow @GUVoiceSports on Twitter for updates and coverage of all winter sports at Georgetown. 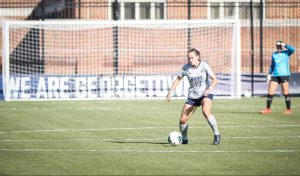