Carrying On: To All the Tinder Boys I’ve Ignored Before 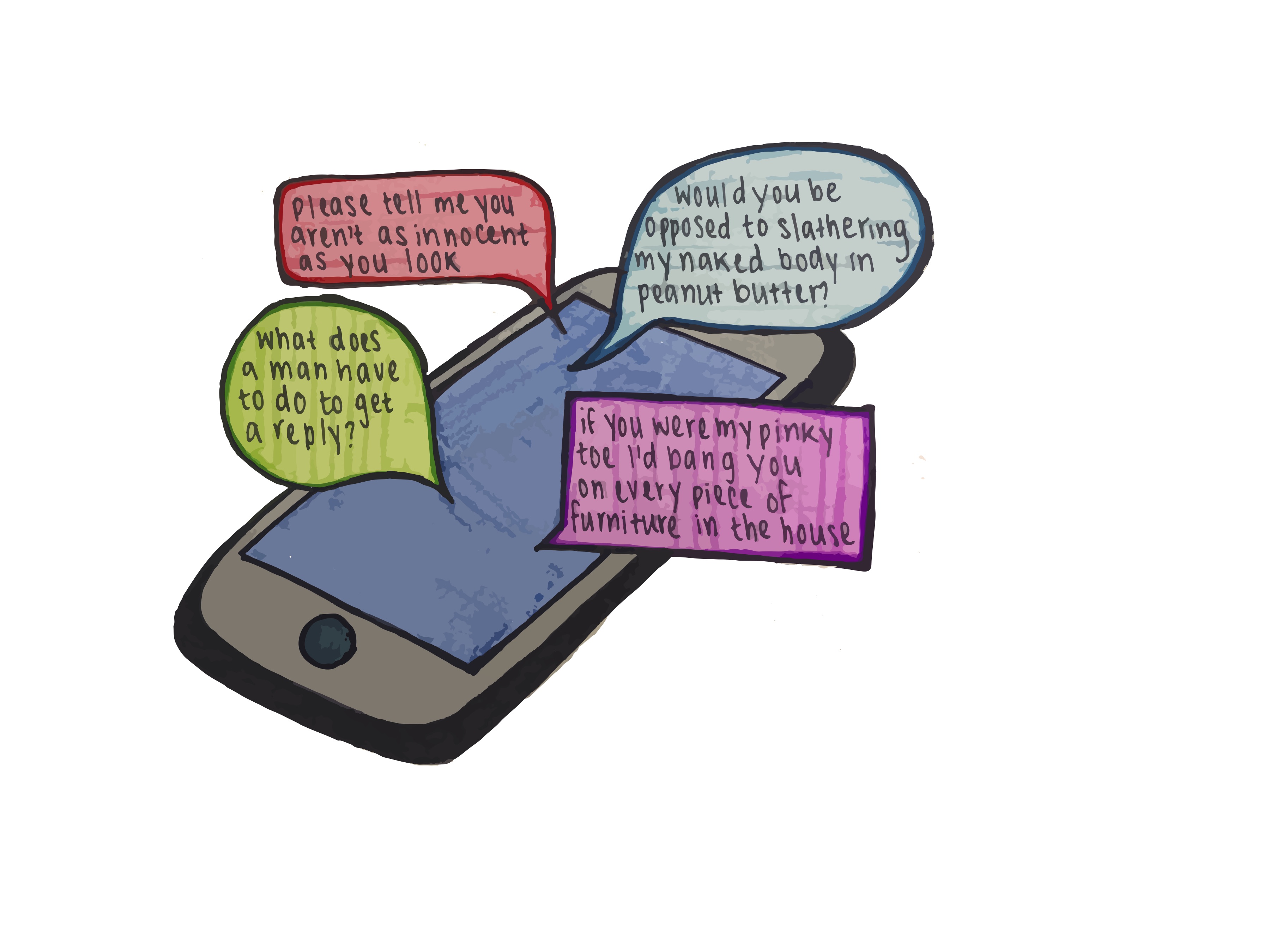 “Would you be opposed to undressing me and smothering my naked body in peanut butter?”

I’m the Tinder girl most Tinder boys seem to hate. You know, the one who carries on a basic conversation but suddenly stops responding out of nowhere? How annoying, right?

I’m the silent girl, the wary girl, the sudden-ghost-girl. The girl who doesn’t think you need to know her exact location or the high school she attended after exchanging two messages.

“If you were my pinky toe, I’d bang you on every piece of furniture in the house.”

Honestly, I use Tinder almost exclusively as a confidence booster if I’m down, or if societal beauty standards have got me feeling bad about myself. It does feel strange objectifying men with a single glance, even though society traditionally does the same to women.

Some may say that’s inconsiderate to the guys who are actually looking for love on Tinder. But to them I ask, “Where are these men?” Tinder has a reputation for being a place to find hookups, a place where most guys don’t take conversations seriously. So why do men get mad at me for doing the same? Why does the woman automatically have to be more emotionally invested, more polite, more considerate?

“I’m single and my type is somewhere along the lines of ‘smart, smells nice, and fucks good.’”

“What are you here for?” is a loaded question. I don’t know. Sometimes I think I want to find someone to share everything with. Sometimes a relationship is the last thing I want, and I’m too scared to be vulnerable. Sometimes I’m too exhausted to start the whole get-to-know-you process all over again.

And honestly, sometimes I’m just not willing to deal with the sexist and disrespectful behavior I’ve often observed in men I try to get to know. The way they treat women like they own them, the way they judge value based on physical appearance, the way I’ve seen their thoughtless actions destroy the self-image of some of my close friends.

“What’s your number?” “How long are you here for?” “What are you into?” “Do you have a boyfriend/girlfriend?” “What’s your type?” “So why’s a pretty girl like you on Tinder?” “What does a man have to do to get a reply?”

One guy even told me that he Googled my tiny, one-traffic-light hometown so he could see it on a map and named a landmark near my house.

In theory, I could just delete Tinder. I could unmatch. I could silence their voices with the touch of a button.

In a spoken word poem called “Tinder Poem,” Talia Young describes harassment on Tinder and makes the point that deleting the app to avoid unwelcome attention from creeps and potential predators doesn’t work because Tinder is just their mouthpiece. They’re still there every time I walk on a sidewalk. They’re still on the peripheries of sweaty, crowded parties, their wandering hands dismissed as simple accidents. They’re still in my classes and across this campus.

“Please tell me you’re not as innocent as you look.”

When going on dates set up with men found on Tinder, women often tell friends where they’re going and share their locations in case of an emergency. We set up contingency plans and pre-arranged phone call check-ins. We send our friends the photos and identifying information of the people we’re going out with, and sometimes a friend even tags along in disguise.

In contrast, men I’ve talked to say their greatest worry on dating apps is the ego bruise of rejection. This is not to say that men don’t face dating issues that should be taken seriously. But statistically, women face harm and violence at much higher rates.

According to a recent UN study, the most dangerous place for women is the home. Fifty-eight percent of the around 87,000 women killed in 2017 were killed by family members or romantic partners. Current or former partners were responsible for a third of the deaths of women in 2017.

In December 2016, the bones of a 26-year-old woman were found in a trash bag at the home of a man with whom she’d gone on several Tinder dates. The man allegedly dissolved her body using hydrochloric acid because she had refused to have sex with him.

In 2014, a woman in New Zealand allegedly attempting to escape violence at the hands of a Tinder date fell from a balcony to her death.

In 2016, 30-year-old Shane Steven Allen was arrested for the beating and kidnapping of a 20-year-old University of Kansas student he met on Tinder. After a successful first date, the pair met again. Convinced she was flirting with two of his friends, Allen punched her in the face and beat her. He then held her against her will for several days, supposedly until the swelling of her face decreased, and committed further violence upon her attempts to leave.

Last year, I matched and exchanged a few messages with someone who has since been accused by multiple women of being a sexual predator.

Jealousy, a feeling of ownership over the female body, and a sense of entitlement to sex can motivate men to commit brutal acts of violence against women. So how am I supposed to simply feel comfortable on dating apps, comfortable with vulnerability, when giving someone a chance could mean risking my life or my safety?

“A few friends and I are having a satanic blood sacrifice later if you wanna come. Super low key. Bring sweet snacks please. We already have goldfish.”

My radar has been refined through years of reinforcement, years of unwanted touches, harassment, and creepiness. One man I knew in high school has harassed me for the past four years, persistently messaging me on social media, attempting to form relationships with my family members, and even creating a new account to continue sending me messages after I had blocked him.

I remember male strength. I remember bruises. I remember one hand holding both of mine immobile. I remember the feeling of a palm on my throat, of an arm crushing my windpipe. Male strength—benignly intentioned, accidentally demonstrated, or otherwise—poses a threat to my sense of security.

“I was just kidding, you know that, right? Are you always this serious?”

I have no reason to believe a random Tinder guy is joking when he makes an overtly sexual comment or an implicit threat. We have to actively resist people’s attempts to gaslight us, to claim they were joking the whole time while harassing us or causing discomfort or fear. Our societal structure attaches female worth to male attention, and as a result, we can be so afraid of not being liked by men that we are much too quick to forgive, too quick to quail under accusations of excessive seriousness or overreaction.

I’m not saying I’m always right to not respond to the creepy messages I receive. Maybe not all of these messages come from dangerous people. My unresponsiveness is a personal choice, but it’s not a blanket solution for everyone. My idealistic hope is that men will fully realize the dangers women face and somehow collectively decide to stop inflicting violence. But until then, it’s essential to acknowledge the reality of these dangers rather than dismissing unresponsiveness as bitchiness. Men must at least stop lashing out against women who don’t feel safe enough to give them the attention they desire.

Our red flags go up for a reason. Women’s wariness, our trepidation, and our reluctance to trust are founded on credible threats of violence. So don’t call me a bitch for taking my safety seriously. 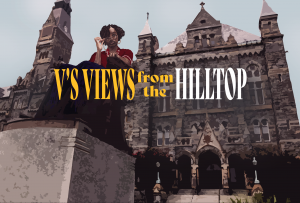 V’s Views from the Hilltop: Episode 3