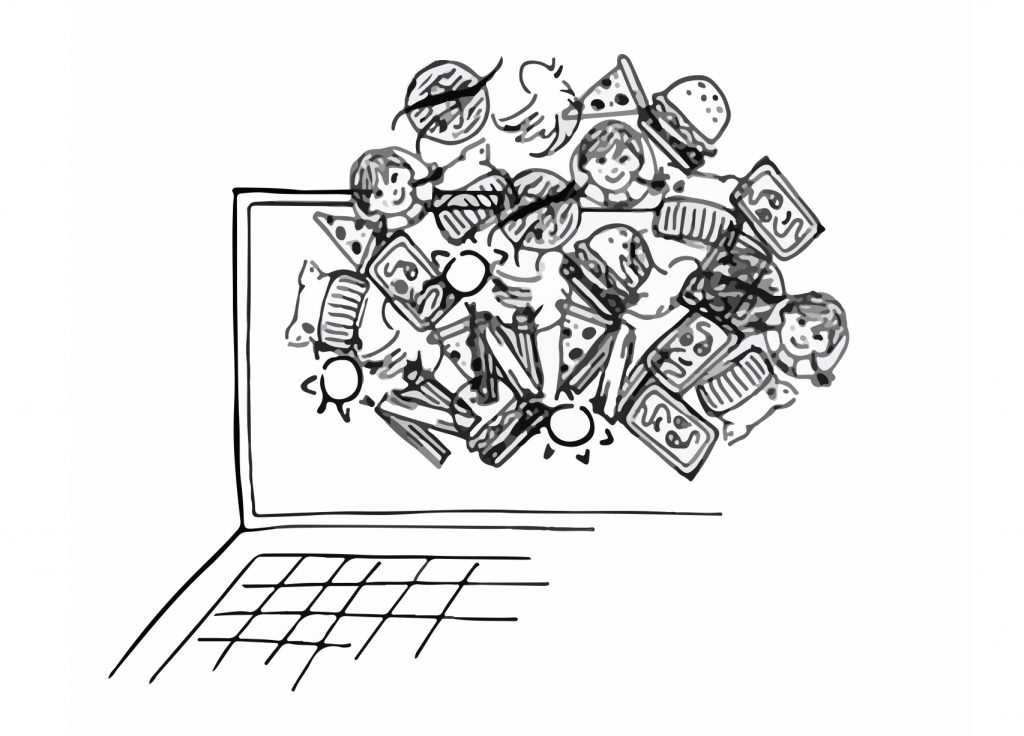 The World Wide Web is a beautifully bizarre land where a Kickstarter for a man making potato salad can raise $55,000. At the same time, the 2017 Women’s March, the largest single-day demonstration in U.S. history, can become a reality through a grassroots Facebook campaign.

“Weird” doesn’t even begin to cover the stupidly influential amalgamations created by the online hivemind.

Social media, in particular, has evoked both praise and criticism by activists and concerned grandparents alike. And while online connection is only bound to increase in the coming years, its full ramifications are currently unknown. But there is one apparent consequence of the growth of social media: brands like Pop-Tarts, Wendy’s, MoonPie, Denny’s, and Burger King have risen to the status of social media superstars.

In a blatantly obvious attempt to appeal to a younger audience and our self-deprecating, sarcastic, and often nonsensical humor, company Twitter accounts have begun to transform from straightforward advertising platforms to a method for

cultivating online followings. By dropping the guise of professionalism, these brands have developed a new form of

advertising based on the sensibilities of their target audience. When MoonPie enters into a Twitter debate with NASA over destroying the sun or the official Netflix account tweets the f-bomb, it’s hard to remember that these companies are still attempting to capitalize on their audiences’ attention.

The people running these accounts are professionals. A few years after the integration of the younger and more internet-savvy generations into the workforce, these company Twitter accounts have evolved into fine-tuned machines dishing out relatable humor. Their work is carefully designed to bypass the knee-jerk discomfort that usually accompanies attempts to connect with “fellow kids.”

However, this leaves brands in the precarious position of balancing humor with the sensitivity of painful subjects. While I may be able to apologize, claim ignorance, or simply delete a post I make, the mistakes these brands make are forever immortalized. Take DiGiorno Pizza, for example, which rightfully received immense backlash in 2014 when the account jumped onto a trending hashtag and tweeted, “#WhyIStayed You had pizza.” #WhyIStayed had been circulated across Twitter to fight victim-blaming in cases of domestic abuse, and DiGiorno’s attempt to advertise their tasty pizza trivialized the issue.

DiGiorno did apologize, but the damage was already done and plastered across the internet. While many varieties of darker humor depend partially on discomfort, DiGiorno’s comment crossed the line into controversy. For this reason, brands rarely, if ever, dabble in politically- or emotionally-charged humor,

instead focusing on the mundane or the abstract. Even so, a mistake like this demonstrates that the trend of brands developing cults of personality for the sake of monetary gain should not be normalized.

The need for brands to inject themselves into every part of entertainment—product placement in movies, commercials on the radio, celebrity endorsements—is an expected, albeit almost universally disliked result of the profit-maximizing goal of our capitalist system.

However, there is something fundamentally different about social media: It is personal. Clear walls between people and brands are a necessary safeguard to stop big business from

becoming more intimately involved in people’s lives. These brands have become Twitter celebrities, with their accounts garnering hundreds of thousands to millions of followers attempting to spark a conversation with their online representations.

Commodifying internet humor, the humor of our generation, in an attempt to make more money should feel unseemly at the very least.

I certainly do not like being manipulated. However, when I see Pop-Tarts tell Toaster Strudel to “Delete your account,” I can’t help but smile. Despite their hilarity, every single joke or conversation thread is a veiled attempt at exploitation. Nothing these brands post has the genuine intention of spreading joy or humor. The people writing the tweets are paid to further brand recognition and loyalty while obscuring that this ulterior motive exists. Since the time of brand accounts only posting updated menu options or new coupons, money has always motivated each tweet and comment.

Now, each account has a defined personality—Wendy’s is a roaster, Denny’s is an abstract pun master, MoonPie is an absurd and nonsensical mess. People are not just tolerant of these new personalities, they like them. These advertisements are forms of entertainment in and of themselves.

When I was younger, I could recognize fast-food logos before I could locate our capital on a map. If brands become synonymous with entertainment, children in the future could receive marketing signals from brands even more deeply embedded in our pop culture: Captain America may become Captain Coca-Cola. On our current trajectory, a fabricated friendship with a snack or the notion of a superhero based around a sassy carbonated drink may not seem so disconcerting anymore.

Steak-umm, a brand of frozen, thin-cut steak, summed it up best in one of their final tweets of 2018: “this tweet is advertising. it is also entertainment. we are a brand. we are also people behind the brand. you’re receiving both overt and covert messages. welcome to the paradox of technological integration between brands and people. strap in, 2019 is only gonna get weirder.” After concerns surfaced about the problematic nature of this comment, Steak-umm’s social media managers argued in the replies that this isn’t dangerous territory, merely the natural evolution of advertisement.

By following these brand accounts, people are subscribing to manipulation and exploitation for the sake of jokes, albeit some pretty funny ones. Even though this novel genre of advertising is undoubtedly bound to increase in popularity, people should at least remain aware of these brands’ problematic and pervasive position in their lives.

Otherwise, we’ll be lining up for the next blockbuster hit, Starburst Wars: The Taste Awakens.

Rachel Weinman is a freshman in the SFS pursuing a major in International Politics and a minor in Lau cubicle art.

Carrying On: To All the Tinder Boys I’ve Ignored Before
#MuteRKelly Black Girls Need Support, Too