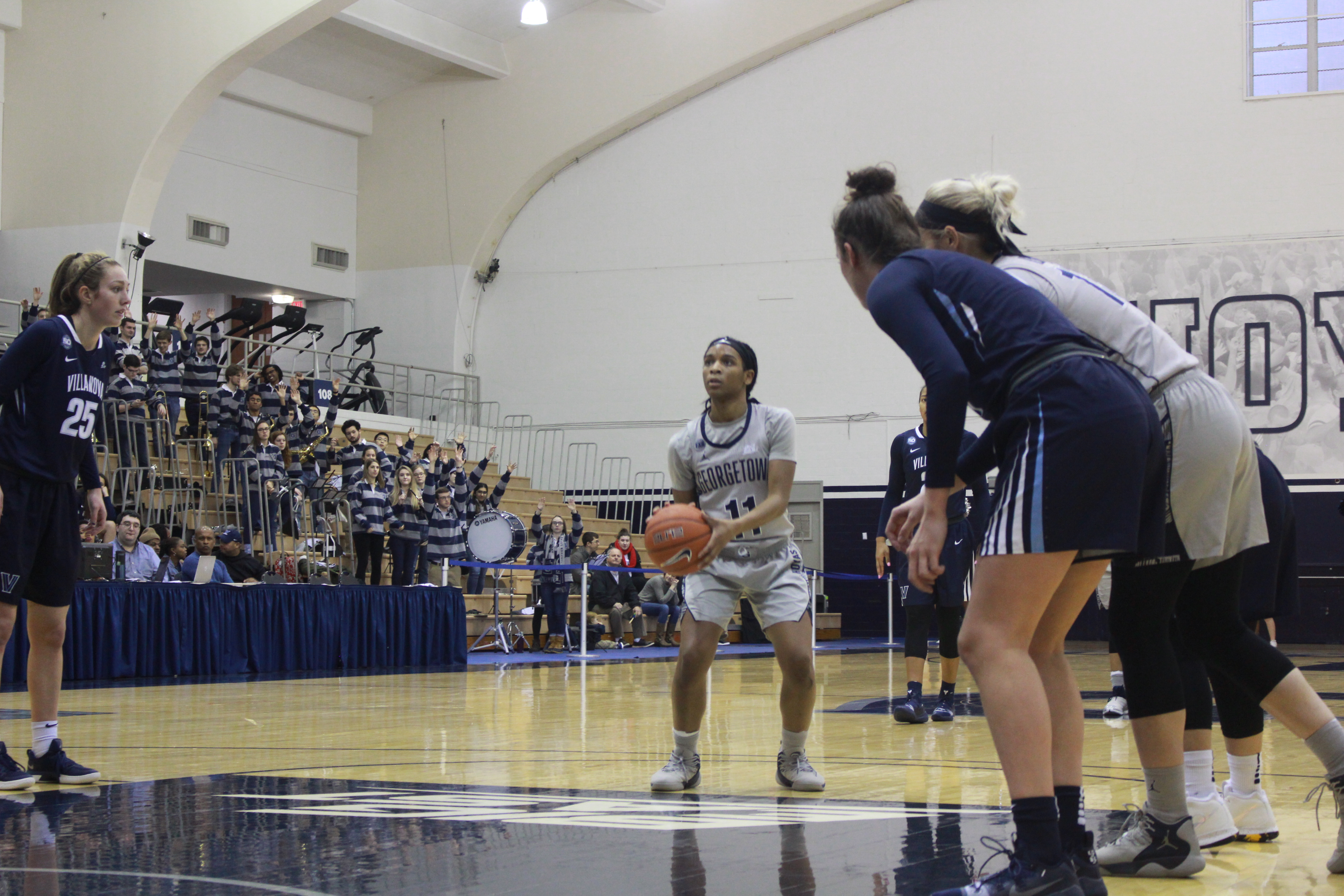 Senior guard Dionna White put up 24 points and eight rebounds and graduate student guard Dorothy Adomako added 20 points and 13 rebounds in the first meeting, and they’ve continued to lead the Hoyas through conference play. Adomako has averaged 18.1 points and 8.9 rebounds over 10 Big East games, while White has added 16.1 points and 6.9 rebounds while becoming more of a facilitator as well, leading the team with 37 assists in conference play. The Hoyas have used their defense to keep games close, amassing 72 steals and 48 blocks in that time. However, the team continues to struggle from the line, shooting just 66.5 percent.

Senior guard Jovana Nogic led the Providence scoring effort against Georgetown with 15 points, while senior guard Maddie Jolin had 11, and freshman guard Keala Webb added 10 points and two steals off the bench. Those three have been the driving force behind Providence’s offense in conference play, averaging 13.7, 10.9, and 9.3 points, respectively. Freshman forward Mary Baskerville has also added 8.7 points and leads the team with 6.4 rebounds per game. Nogic has shot 95.6 percent from the line in the conference, and both Jolin and Webb are 40+ percent 3-point shooters, and they’ll be looking to bounce back after no players reached double-digit scoring against Villanova on Friday.

The game will be streamed on Big East Digital Network. For live coverage of this game, as well as coverage of all of Georgetown’s athletic programs, follow @GUVoiceSports on Twitter.