Panama’s Lesson to the World

Pope Francis’ announcement that Catholic youth from around the world would convene in Panama City for World Youth Day 2019 provoked an expected enthusiasm in many Panamanians. For a small, very Catholic country, receiving the Pope would be an incredible experience. Together with hosting the large number of people who would share in this huge religious event, my city and country would be the center of attention for millions around the world.

However, many Panamanians who are not Catholics, including those like me who are Jewish, saw World Youth Day as an exclusively Catholic event. We respected the Catholic Church and its influence on our country and hoped that this event would be a success. After all, Panama would be in the world’s spotlight.

As the big day grew nearer, many Panamanians, including Catholics, were getting worried about the logistics of the event. The most significant question was whether a small city could accommodate the millions of pilgrims that usually attend this celebration.

The fear of overcrowding was somewhat calmed when Panamanians realized that due to the timing and location of this particular World Youth Day, less than a quarter of a million pilgrims would attend. But still, there were pilgrims arriving in a few months who needed a place to stay. Therefore, the Church decided to ask for help from other faith communities with whom it had increasingly warm ties. While various Christian denominations and other faith communities offered to help out, what garnered the most attention was that Kol Shearith Israel (KSI), the synagogue where I grew up and had my bar mitzvah, decided to host 50 pilgrims, an incredible act of solidarity and brotherhood between two different faith communities. It was something inconceivable 70, 50, or even 20 years ago because of the widespread antagonism that existed between Judaism and Christianity in my country and elsewhere. This began to change with the Second Vatican Council, which, among many other reforms, denounced anti-Semitism and urged for “fraternal dialogues” between Catholics and Jews. Fifty years later, this dialogue and cooperation remains part of our reality as Panamanians and Jewish citizens of our world.

My synagogue’s generosity didn’t surprise me because of how Panama, a country with less than 4 million people, operates. Panamanians are known for being a tight-knit family wherever they go, and the country feels like a neighborhood where everyone knows each other. It seemed like KSI and other religious groups who collaborated during World Youth Day didn’t only see the Catholic Church needing their help. They saw a neighbor and friend who needed support from everyone in their vicinity, even if they didn’t agree on everything.

KSI’s announcement was exactly the Judaism I witnessed and learned growing up. A tradition that, while understanding our special ties to Jews, knows that philosophical, national, cultural, or religious differences can’t be reasons for not talking, working together, or helping each other when we need it. As Holocaust survivor and intellectual Elie Wiesel once said, a Jew’s mission is to make the world more human. In other words, the synagogue hosting pilgrims wasn’t just the right thing to do; it was the Jewish thing to do.

Much attention was put on the various faith communities that aided the Catholic Church during these festivities. However, the decision of Panama’s bishops and priests to ask for help and, most importantly, to embrace Panama’s religious diversity as part of its mega youth event should be also lauded. One would have expected this event to highlight the enormous ethnic, national, generational, and ideological diversity of the Catholic Church worldwide. Panama’s Catholics seem to differ. This event wasn’t only a space to spread faith in Jesus or devotion to Mary (a key theme in this World Youth Day). It showcased a significant feature of Panama’s people and its Catholic faith: people of different beliefs working together. Throughout World Youth Day interfaith choirs sang and children of every faith were part of the World Youth Day official video.

World Youth Day 2019 represented an incredible shift in the Catholic Church’s relations to other Christian churches and faith communities. While it may have started 50 years ago, this event seemed like the culmination of at least 10 years of intense cooperation between religious groups in Panama. The same spirit is reflected at our university as well. One of Georgetown’s most important values is interreligious understanding. It comes from our school’s Jesuit tradition, to which Pope Francis also belongs. This value can be seen every day on our campus from insightful dialogue between students of different backgrounds in classes to Chaplains’ Teas where our chaplains gather every week to meet students. While Georgetown’s Catholic heritage is present throughout the Hilltop, our university’s identity also serves to include those of every faith, questioning, and no faith.

We continue to grapple with religious intolerance and persecution throughout the world, and  there is still room to create more inclusive spaces for different faiths in Panama, Georgetown University, and elsewhere. But thankfully, we can see examples of groups such as Panama’s faith leaders and Georgetown University who, while not compromising on their beliefs, embrace those with other points of view. Only together can we build exceptional communities and countries and a better world for today and tomorrow. 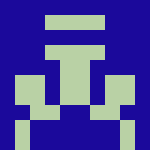