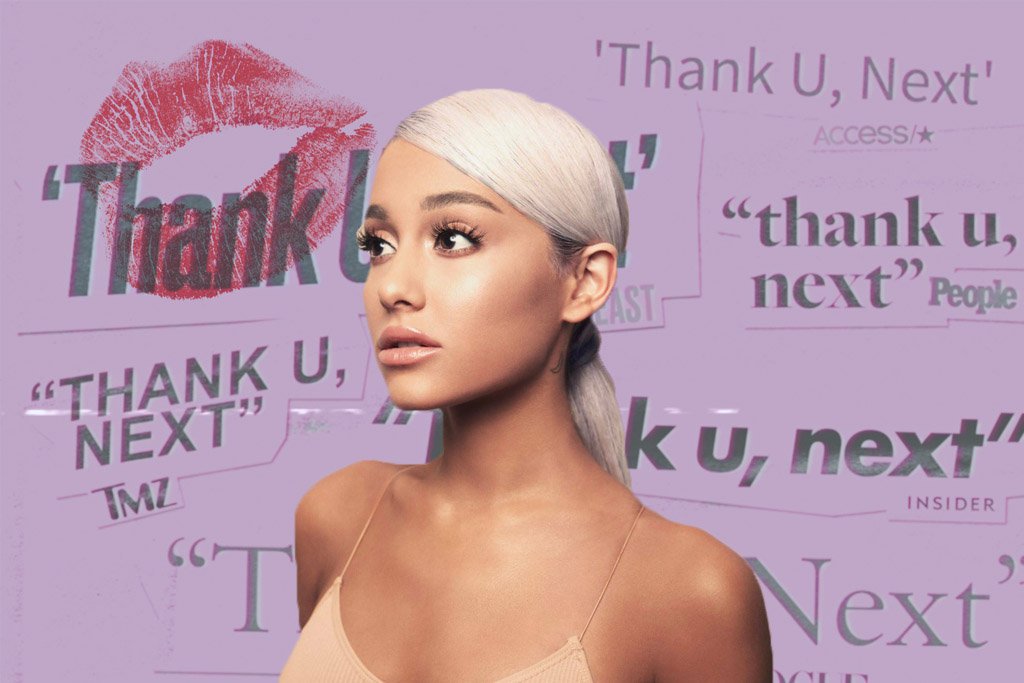 Following the wild success of her two singles “thank u, next” and “7 rings,” Ariana Grande’s new album has arrived and has immediately captivated many listeners. thank u, next is a multitude of things: fresh, emotional, bold, vulnerable, and honest. It’s no wonder that all twelve of the album’s songs have conquered the top charts of both Spotify and Apple Music.

Grande’s latest album comes on the heels of her now Grammy award-winning album Sweetener, which she released only a little under six months ago. thank u, next chronicles the turbulent months the star has recently faced, which included a whirlwind engagement with Saturday Night Live comedian Pete Davidson, the tragic death of her close friend and ex-boyfriend Mac Miller, and a subsequent breakup with Davidson. Despite her publicized personal woes, the true power of the album comes from a shockingly honest, yet profound insight into the personal details of Grande’s life. Each song seems crafted perfectly to fit her narrative, and the album feels like a journey into who she is, the pain she has faced, and the obstacles she is working to overcome.

“imagine,” a promotional single released back in December, opens the album to a twitchy beat balanced with idealistic lyrics that paint a vision of a lost world. When Grande reaches the chorus, her masterful vocals take center stage as they infuse the song with regret and longing. She closes the song with whistle tones, which are elusive for many yet effortless for her.

The next three singles explain what Grande wants from her relationships. In “needy,” she acknowledges her weaknesses as she confesses, “I’m obsessive and I love too hard / Good at overthinking with my heart,” over rhythmic snaps and a pinging, relentlessly persistent note; even the background demands your attention. The song is one of the shortest, and it feels a bit lacking, which perhaps is the point.

“NASA” puts a clever, playful twist on the name of the space organization while also giving a nod to Grande’s adoration of astronomy. The track begins with a feature from Rupaul’s Drag Race veteran Shangela, who rephrases Neil Armstrong’s famous words regarding the moon landing, changing “man” to “woman.”  Dreamy background vocals and a jaunty tempo accompany the star as she sings, “Baby, you know time apart is beneficial / It’s like I’m the universe and you’ll be N.A.S.A / Give you the whole world, I’ma need space.” The song reveals the necessity of independence and self-care.

Grande’s use of sampling is a new feature in her music; they merge snippets of her life into that of the album. Besides Shangela, the star’s grandmother, “Nonna,” aptly introduces “bloodline,” the unexpectedly snazzy and catchy fourth track, in which Grande tells her admirer that their tryst is not one that will be immortalized in the family tree. Later in the album, the voicemail of Grande’s close friend Doug Middlebrook starts “in my head” with a heartfelt piece of advice. The upbeat, echoey track reveals Grande’s regretful admission of her misjudgment towards the true nature of her lover.

After “bloodline,” the tracks contain themes of coping. “fake smile” uses an older sample from Wendy Rene’s 1964 track “After Laughter (Comes Tears)” to begin Grande’s declaration that she will no longer pretend to be fine for the sake of others. “I can’t fake another smile / I can’t fake like I’m alright,” she croons in the beginning, but then switches to a mesmerizing chant of “If I’m hurt I ain’t gon’ lie about it / Arms crossed with the attitude, lips poutin’.” In the next track “bad idea,” a simple hook reigns supreme. In the narrative of the song, Grande suggests having a rendezvous to a new romantic interest. She acknowledges the recklessness of her decision but decides to forge ahead anyway in order to “Forget about him, forget about us, / Forget about me.” Similar to “NASA,” the destructive, coy song “make up” contains another pun: “I love it when we make up / Go ‘head, ruin my makeup.”

Suddenly, a little over halfway through the album, the tone shifts to the powerfully and devastatingly emotional song “ghostin,” which many listeners infer is about her most recent exes Mac Miller and Pete Davidson. In the song, Grande apologizes to her current romantic partner for still being heartbroken over her previous one. The first lines settle over the listener like a heavy cloud: “I know you hear me when I cry / I try to hold it in at night.” As the tempo slows, the orchestrations swell, and Grande’s hauntingly beautiful voice professes her pain, the listener is struck with almost shockingly intimate details: “Though I wish he were here instead / Don’t want that living in your head / He just comes to visit me / When I’m dreaming every now and then.” Once the song fades out, the album returns to its former speed, in a way eager to jump past the loaded emotions of “ghostin.”

“in my head” and “thank u, next” acknowledge Grande’s past mistakes but also show that she intends to move forward, and the last two singles solidify that determination. thank u, next ends on the dominating hustler of a track “7 rings,” a carefree friendship and empowerment anthem, and the playful “break up with your girlfriend, i’m bored.” The last track is a replacement for “reMeMber,” which is allegedly about Mac Miller, who has a song of the same name.  Grande removed the song for private reasons. “break up” samples *NSync’s “It Makes Me Ill” and is an effortlessly cool, catchy track, whose lyrics contain exactly what the title suggests. The video for the song, which Grande dropped at the same time as the album, mysteriously suggests another interpretation of the song that more closely aligns with the self-love hinted within “thank u, next.”

Ariana Grande is a unique star who is playing by her own rules. Her new music is a window into her life and a mirror to those of her listeners. All who listen to thank u, next will be able to see the depth in which she expresses herself. Each song is masterfully crafted, with emotion, struggle, and triumph interwoven throughout the album. Give it a listen, and you’ll see why 2019 is turning out to be the year of Ariana Grande.

More: Ariana Grande, Thank u next