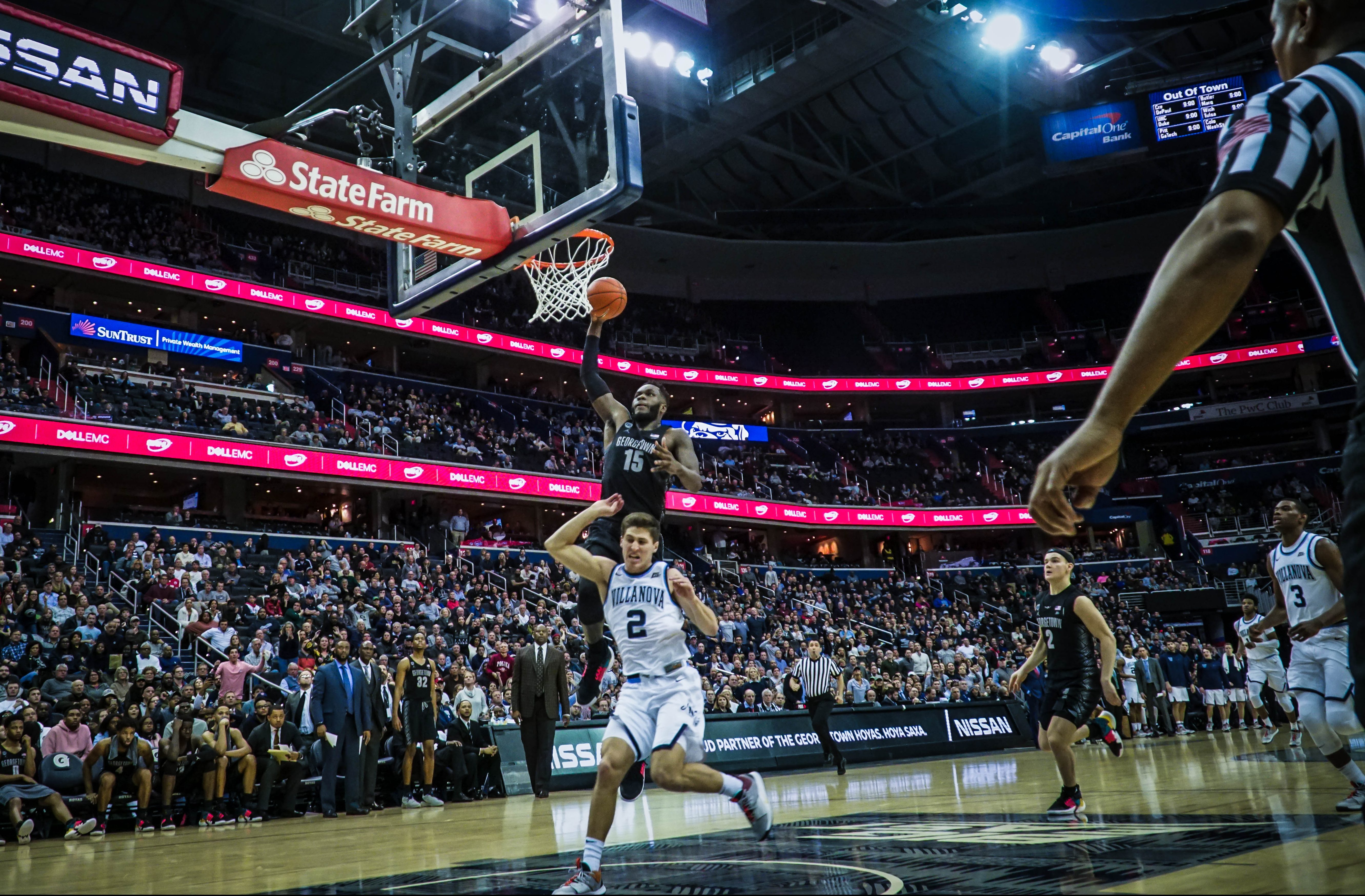 The Georgetown men’s basketball team (16-10, 6-7 Big East) had their strongest performance of the season against No. 17 Villanova  (20-7, 11-3 Big East), winning 85-73 on Wednesday night. Both senior center Jessie Govan and freshman guard Mac McClung scored 21 points for the Hoyas. For the defending national champions, senior guard Phil Booth led the way with 26 points and senior forward Eric Paschall finished with 16 points.

Trailing after two early Villanova threes, Georgetown took control of the contest. After making his first 3-pointer from the top of the key, McClung would go on to shoot, and make, his next three 3-pointers in a variety of fashions. In one pivotal moment, McClung dribbled and put a move on his defender before pulling up from beyond the arc. Early on, Villanova was resilient, responding to one of McClung’s 3-pointers with two quick baskets in order to stop the bleeding.

For Villanova, the first half became a showcase of their two senior playmakers, Booth and Paschall. At one point, the duo had 21 of Villanova’s first 26 points. While Booth would continue to dominate in the second half, Paschall slowed down following Georgetown’s halftime adjustments.

The second half was dominated by senior center Jessie Govan. On back-to-back possessions, Govan was able to convert and-one opportunities underneath. In a moment that underscored the Hoyas’ good fortune on the night, freshman guard James Akinjo airballed a 15-footer, before Govan collected the rebounded and converted a 3-point play. Postgame, Govan was asked about his candidacy for the Kareem Abdul-Jabbar Award, awarded to the nation’s best center.

“I feel like I’m one of the best bigs in the country,” he said. “They’re aren’t a lot of guys that can do what I do.”

While Govan dominated down the stretch, the Hoyas also benefited from their bench unit, particularly their veterans. Graduate student forward Trey Mourning and senior guard Greg Malinowski both hit 3-pointers during a stretch in the second half where Coach Ewing had removed all of his starters. Senior guard/forward Kaleb Johnson had eight points and solidified the bench presence late in the game. The Hoyas would eventually extend their lead to 19 points with three minutes remaining. A short spurt from the Wildcats brought it closer, but the result was already sealed. 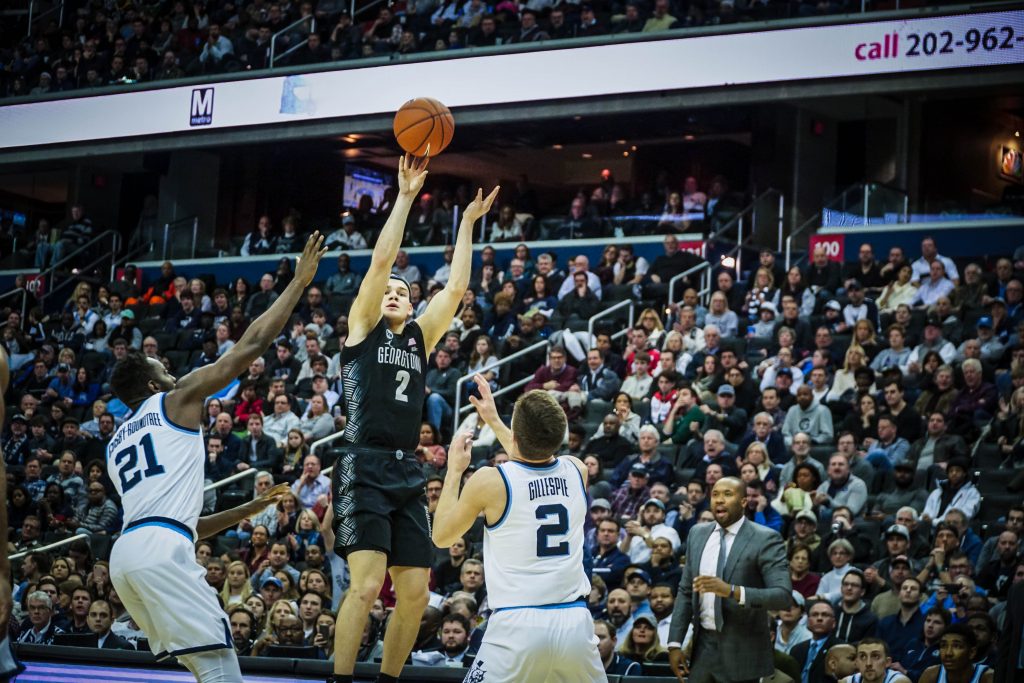 Mac McClung (center) rises up for a 3-pointer over the Wildcats double team. McClung had one of his best shooting performances of the season, going 4-of-8 from deep. (John Picker/The Georgetown Voice)

In addition to a great shooting night, the Hoyas also had a strong night on the boards. Heading into halftime, Georgetown had doubled Villanova’s rebounding total, 20-10. After halftime, the Wildcats made adjustments and ended up with 33 total boards compared to the Hoyas’ 39. Govan had a particularly strong night on the offensive glass, with five of his 11 boards coming on the offensive end.

While McClung had the most notable night of the freshman, Akinjo delivered nine assists on top of 10 points. In one notable play in the first half, McClung drove toward the basket before dropping off a pass to Akinjo, who knocked down his own 3-pointer. Head coach Patrick Ewing was particularly impressed with his younger players.

“You can’t look at those guys and call them freshmen anymore,” he said.

Following Ewing’s first win over a top-25 team, he noted that everyone played their role, detailing junior guard Jagan Mosely’s strong defensive performance during a crucial second half stretch.

“Everyone did something to help us win,” Ewing said.

Govan expressed a similar sentiment, noting that fellow senior Kaleb Johnson had a strong second half as well.

“He’s our glue guy. He’s embraced his role this year,” Govan said. “That’s one thing you can say about Kaleb, he’s always going to give it his all.”

The Hoyas return to action as they travel to Omaha, NE to take on the Creighton Bluejays (14-13, 5-9 Big East) on Saturday. Tip-off is set for 2:30 p.m. ET at CenturyLink Center Omaha. Follow @GUVoiceSports on Twitter for live updates and coverage of all winter sports at Georgetown. 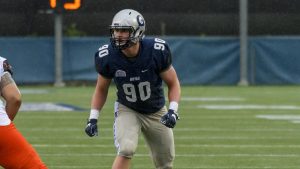 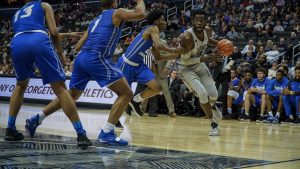 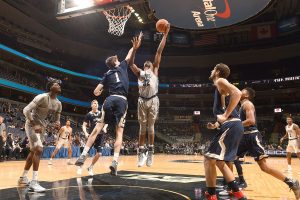