The Voice published its first issue on March 4, 1969. To celebrate, we’re re-publishing articles about previous anniversaries we’ve found in our archives. In this piece, the Voice’s first editor-in-chief reflects on the founding two decades later.

By Stephen Pisinski for the Voice‘s 20th anniversary

My initial reaction upon being asked to contribute to The Georgetown Voice’s 20thAnniversary Issue was mild shock… Shock that so many years had passed since the Voice was founded. Even student journalists age eventually, and, hopefully, gracefully.

My second and more lasting reaction was one of satisfaction. Not self-satisfaction because something I and a handful of others started 20 years ago still exists, but satisfaction that there have been others at Georgetown during the last 20 years who have cared enough about broad issues to review them, think about them, and write about them for the university community no matter what positions writers took on the issues.

For 20 years, Voice staffers have faithfully adhered to the very reason for the Voice’s founding: to bring the nation and the world to the campus and to help the campus look beyond its own world.

It is also satisfying to know that the Voice has contributed over the years to the journalistic fervor on campus along with The Hoya and other publications. Such enterprise is especially remarkable when you consider the university has never had a journalism curriculum. There must be a tremendous amount of satisfaction student journalists, at least Voice staffers, derive from their efforts, as many have gone on to rewarding communications careers. For many, a commitment to learn and communicate about important events and issues has continued beyond graduation.

I’d like to offer one historical reflection to set straight some of what has been said and writer about the Voice’s founding in relation to its campus rival. The Voice was organized not as an attempt to replace The Hoya but as an alternative journalism outlet. The rivalry between the two papers was intense at times, but I admired then and still admire now The Hoya editors’ decision to publish their type of newspaper no matter how unpopular at times their approach with certain student body segments. I believe the journals’ rivalry has been enlivening and beneficial to the university community and gives more voices opportunities to speak.

Just surviving for 20 years is not as important as contributing for 20 years. The Voice obviously has contributed a forum for airing issues, an outlet for student opinion, and a point of view that, if not always controversial, invited thinking and discussion. As soon as the Voice, or any journal for that matter, ceases to make such contributions, it should cease publication.

A 20thanniversary is an appropriate occasion to remember those who played a significant role in launching the Voice: the university, for providing the initial funding; Rev. Raymond A. Schroth, S.J., the first moderator; and Martin Yant, Bunn Journalism Award recipient and the best writer/managing editor on the paper during its early years. Mostly, though, I wish to remember and salute all those students who for the last 20 years have found in working on the Voice a pursuit worthy of their intelligence and dedication. Their legacy is one of caring about and commitment to concerns beyond the classroom and preparation of careers. It is a legacy that hopefully will continue for at least another 20 years.

Stephen D. Pisinski (CAS ’71) was the first editor and founder of The Georgetown Voice. He passed away in 2002 and is dearly missed by all at the Voice. 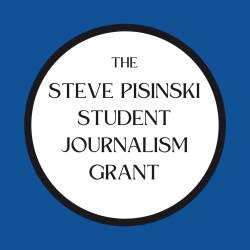 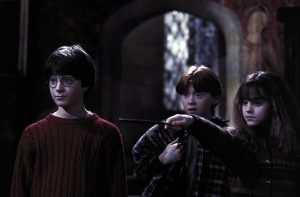