Home » Opinion » Reflections and Memories From a Former Voice Editor 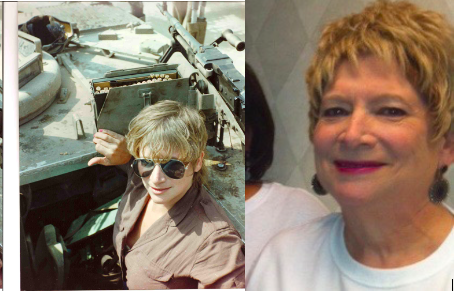 Reflections and Memories From a Former Voice Editor

The phone call came out of the blue. A voice I hadn’t heard in 45 years, Cynthia Paulis (MSB ’ 74) called to tell me about the 50th reunion of editors and staff of the Voice. It really gave me a jolt and made me realize that as far as I’ve come in my career, everything started here.

My grades at Georgetown were not brilliant because I was too busy starting my career. I interned with Jack Anderson on his Pulitzer Prize-winning column, “Washington Merry-Go-Round,” which involved unearthing scandals and payoffs on Capitol Hill. His primary investigative reporter was Brit Hume, who turned out to be a great contact later in life. From Anderson and Hume, I learned the down and dirty, sometimes long and exhausting skills of following a lead through phone calls, personal visits, police reports, court documents, cabbies’ memories, and stakeouts.

In Georgetown’s career center, I found a 3 x 5 index card asking for applicants who could type to apply to ABC News Washington Bureau on Connecticut Ave. I bicycled over there immediately. Interviewed by a production manager, I became the primary typist of teleprompter for the legendary news anchor Howard K. Smith. He had a defining effect on my life as a journalist. My hours were Wednesday through Friday from 3-6 p.m. He often asked me to come in early to open his mail. I was shocked to find that half the letters accused him of being too liberal and half of being too conservative. Howard had what I thought of as a “180-degree mind.” He always explored all the ramifications of an idea in one way, then took on the persona of someone who felt the opposite and explored all the ramifications of what they would think. The resulting editorial piece would be incisive and inclusive. He challenged the viewer to think critically about the news. For me, it was an important lesson.

The current Voice editors, who have Google at their fingertips, have no idea how hard we worked to find people in the era before internet. Reporters’ offices looked like recycling dumps because of all the journals, magazines, newspapers, and books you had to collect. I remember Capitol Hill reporter Sam Donaldson storming through the halls of ABC News and stopping at every office to scream at the top of his lungs that someone had stolen his San Antonio phonebook and they had damn well better give it the hell back!

Back at Georgetown, Rick Newcombe (COL ’73), John Baldoni (COL ’ 74), Mike Flannery (COL ’ 73), Bill Krohn (COL ’ 74), Michael Winship (COL ’ 73), Hugh Allen (FLL ’ 74), Paulis, and our compatriots worked hours and hours every week putting out the Voice. I loved it. We all did. It was fresh, new, interesting, vibrant, and bursting with great things to read. The Hoya with its tedious prose could not compare.

When I graduated, ABC News hired me full-time as a desk assistant. We were in the early days of the Watergate scandal, and I scurried between the bureau, Capitol Hill, and the White House. The reporters were Sam Donaldson, Tom Jarriel, Ted Koppel, Harry Reasoner, Charles Gibson, Ann Compton, Lynn Sher, Peter Jennings, Brit Hume, and Pierre Salinger. I wanted to be more than an errand-running cog in the media wheel, so I applied for a job as producer of the 6 p.m. news at WBAL in Baltimore. The news director, Dick Williams (COL ’ 65), told me that I did the best writing test of the candidates but that he hired me because I was a Georgetown grad, as he was. “Have to help a fellow Hoya,” he said. Dick and I remain friends to this day. He is active in supporting Georgetown sports and interviews applicants from his city, Atlanta, for admissions.

The producer of your local newscast works incredibly hard at news gathering, script writing, debriefing reporters, and keeping the anchors happy. Fortunately, I was already used to long hours because of my time spent on the Voice. We never slept at all the night before because of layout and design and getting the product out to Maryland to the printer. My junior year, I failed a psychology class which unfortunately met at 8 a.m. on the same day the Voice came out, an hour when I was just getting to sleep.

Working in local TV took me from Baltimore’s WBAL to Chicago’s WLS to San Francisco’s KPIX, landing a bigger salary and better title with each move. For the next step, I boldly traveled to London and applied to be an overseas field producer at the ABC News bureau. It was November 5, 1979, my lucky day; 52 American embassy employees had been taken hostage the day before. Many of the bureau staff were on their way to Tehran, so I slotted right into the bureau news coverage.

Those were heady days in TV news. Camera crews were switching from 16mm film to video cameras. Instead of sending film back to London with hastily grabbed passengers on any flight, we brought bulky editing decks with us and contacted local TV stations to use their satellite facilities. This often involved quite a bit of persuasion from field producers like me, but I was good at it. My crew always made their time slot on the 6:30 p.m. “World News Tonight” with Peter Jennings, Frank Reynolds, and Max Robinson.

The field producer is the organizer of the story, so I was the one tasked with booking flights, reserving hotel rooms, ordering phone lines put in, contacting the satellite station, and staying in touch with all parties. In today’s world, there aren’t as many field producers, as the executive producer can easily reach the reporter on his cellphone, and all he needs to broadcast is his laptop and an internet connection.

Covering the hostages took up much of our time. ABC started a new broadcast called “Nightline” at 11:30 p.m. which was devoted to news on the hostage situation. This effectively doubled our workload, as we now produced stories for both “World News Tonight” and “Nightline.” And while we lived in Greenwich Mean Time, we worked in Eastern Standard Time, which was five or six hours later. A live shot for “Nightline” meant 4:30 a.m. for us. A Washington producer told me to get the English Foreign Minister, Peter Carrington, to appear live one night. I reminded the producer of the time difference and doubted such an important official would do it. “Tell him he’ll have 6 million viewers,” the producer said, and I did. Carrington’s assistant responded, “Tell your producer the Foreign Secretary has no constituency in the United States, at any hour.”

In the same years, I was sent to Communist Poland to cover a nascent revolution among ordinary laborers called Solidarity. Through my work, ABC was the first to discover and interview the man, Lech Walesa, who came to lead the revolution and eventually the nation. He became something of a regular on “Nightline” because of his friendship with our translators.

In those days, morning news was a new concept in television. There had been celebrity-cooking-housewife-advice shows in the morning, but now ABC wanted “Good Morning America” to carry hard news. I remember officials refusing to be interviewed for this broadcast, telling me, “No one wants to watch news in the morning.” Good Morning America effectively added a third show to our day, which meant a lot of grumbling on the part of the producers.

For 12 years in the field producer job, I never took a vacation. I rarely returned to my hometown of Princeton, New Jersey. But I always visited the Georgetown campus when work brought me to D.C. During each visit, another playing field disappeared as another building went up. This made me sad, as I loved the Georgetown University of my memory.

In the 1990s, weary of constant travel, I spent six years teaching journalism to young students in Paris. Back in the states, I did freelance stints with Court TV, Food TV, NBC Sports and CBS and stayed in touch with my friend the anchorman Jennings, until his early death in July 2005.

But I made my greatest career shift when I returned to exhibiting and breeding purebred dogs, and became one of the top producers of top winning Whippets and Brussels Griffons. Before college, I raised, trained, and showed Wire Fox Terriers and St. Bernards, so it was a return to an early passion. After 10 years and a lot of study, I qualified to become an American Kennel Club dog show judge, and this pursuit takes me all over the world, judging dog shows in England, France, Germany, Monaco, Italy, Russia, Taiwan, Argentina, and more. And writing about dogs in my book, Paws & Effect: The Healing Power of Dogs took me back to the joy of writing feature stories for the Voice.

Two travel guides from Bantam Books, and six books about dogs from Random House and Barron’s have taken me to my current occupation, ghostwriting. Some people have stories to tell but not the writing skills to tell them. My ghostwritten books are … wait, the ghostwriter signs a contract not to divulge that information. And that suits me just fine. Journalist, producer, ghostwriter; I enjoy working behind the scenes, in the skeleton of the story, not as its face.

One of my books, Paws to Protect, investigates the history of canines used in war. Georgetown turned out to have a place in that book. Stubby, the Georgetown football team mascot from 1920 to 1922, is credited with being one of the pioneer war dogs. If you’re curious, you’ll have to read the book. Or, perhaps I could write up the story as a feature for the Voice. Like I used to do. That might work.

Photos: Sharon Sakson covering the war in Beirut, 1982; Sharon Sakson more recently appearing on a talk show to talk about her book, “Paws & Effect: The Healing Power of Dogs.

Life Lessons from the Voice
What Does the Voice Mean to You?