Your Mood by Jon Rothstein Tweets 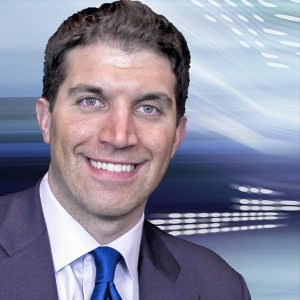 By now, if you have an ear to the world of college basketball, it’s pretty likely that you’ve seen Jon Rothstein. And by seen, I mean you’ve seen his ubiquitous mug in all its glory.

Rothstein, a frequent contributor to CBS’ NCAA College Basketball coverage, has earned great renown not for his insights on the pick and roll, but for his idiosyncratic tweets. Every bit of breaking news, whether it’s a game update or recruiting announcement, is accompanied with a tweet from @JonRothstein that features a trite catchphrase or idiom.

Other times, Rothstein’s tweets have no basketball context whatsoever, and instead seem to be scheduled posts from a bot. Take, for example, a favorite of Jon’s: “‘Every day is a gift.’ – Art Loveley.” Here’s another: “‘Stay Hungry, Stay Humble.’” You can count on those two being tweeted out every single day. Kitschy, yet congruous, is Rothstein’s M.O.

As a voracious consumer of Rothstein’s thoughts in the marketplace of ideas, I’ve found that for every mood, feeling, or situation, there’s a Jon Rothstein tweet that beautifully describes it.

Man, I just spilled this delicious hummus all over the countertop! The epitome of brutality.

I’m really worried about this date. My heart’s going to be palpitating for the two hours, what can I do? Grab your nitroglycerin pills.

Me, trying to explain why I plan my social life around an arbitrary, emotionally and financially exploitative event that leaves almost everyone heartbroken. THIS IS MARCH.

Geeked to spend the evening on my couch, enjoying some Angie’s Popcorn. Who knows where this night will end? “And Here. We. Go.” – The late Heath Ledger as The Joker in The Dark Knight, circa 2008.

I’m a jaded senior with no will left to finish my time at this soul-sucking institution, but I have to actually graduate: WE SLEEP IN MAY.

On second thought, these might just be my experiences and not all that generalizable. Jon, thank you for all you’ve done to help me express my emotions. Please don’t sue me.