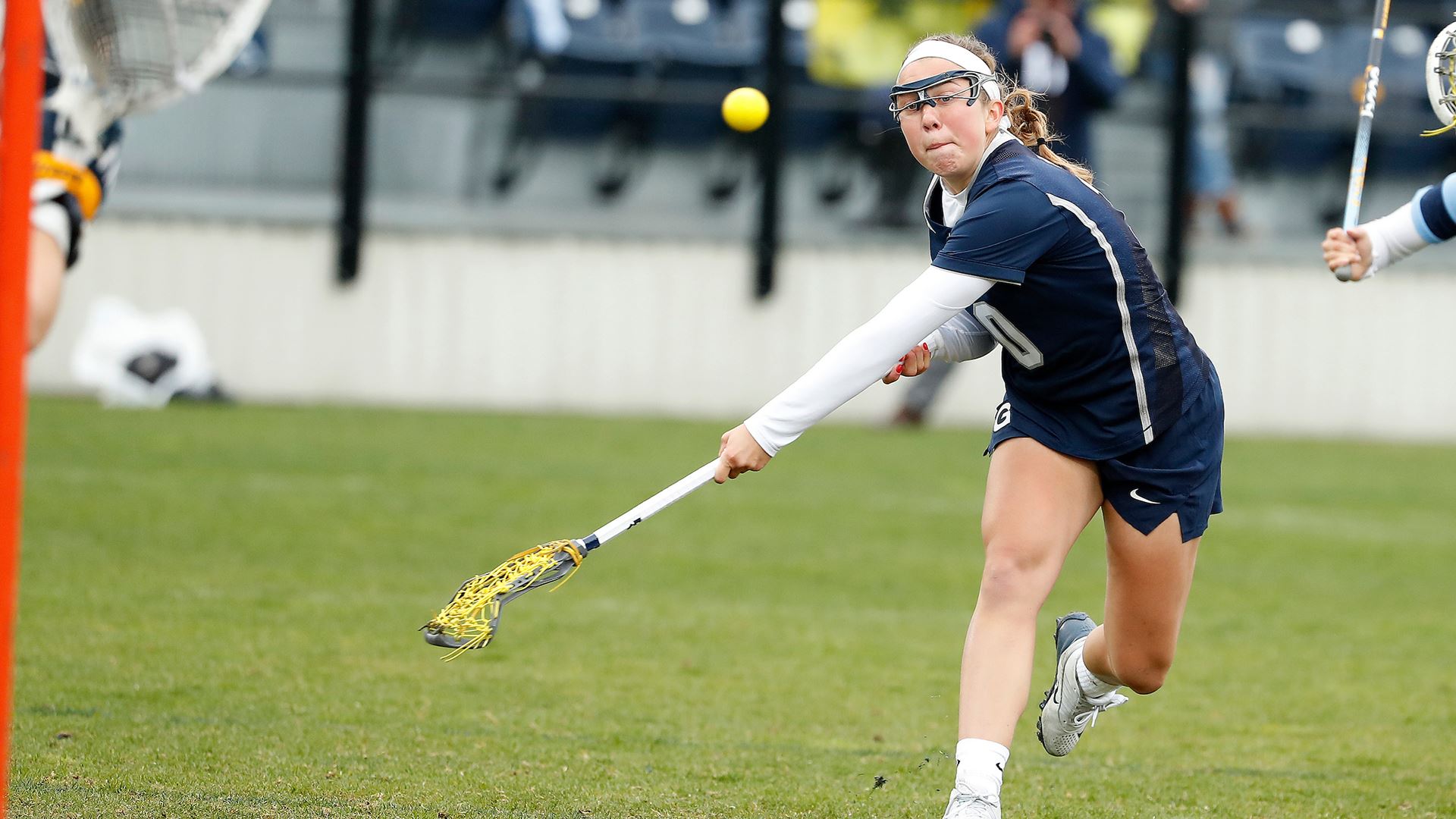 After dropping the regular season finale at Marquette 14-12 on Saturday, the Hoyas came out strong, with Gebhardt on the board after three minutes. Gabriel equalized in eight seconds, but Georgetown scored two woman-up goals in the sixth minute, the first from junior attacker Emily Ehle and the second from Gebhardt. Gabriel added her second before eight minutes were up, but the Hoyas once again responded, with two Gebhardt goals sandwiching Whitehurst’s first of the game. McGuire tried to start a Golden Eagles comeback in the 16th minute, making it 6-3, but Georgetown once again exploded for three goals within three minutes, the first two from Whitehurst and the last from Ryan. Willocks made it 9-4 in the 22nd minute before the Hoyas put together yet another three goal run courtesy of freshman attacker Ali Diamond, Ryan, and junior attacker Michaela Bruno. The Hoyas already matched their goal tally from Saturday’s loss and went into halftime with a comfortable 12-4 lead.

Georgetown was dominant in every statistical category in the opening 30 minutes, and while the Golden Eagles managed to make more of an even second half, the margin was never closer than six goals.

Willocks and McGuire quickly cut into Georgetown’s lead to start the half, but Whitehurst and Ryan restored the eight-goal cushion by the 37th minute. Seven minutes passed without a goal before Willocks made it 14-7 only for Whitehurst to shut down any thoughts of a comeback four minutes later. McGuire and senior attacker Cate Soccodato both scored in the 52nd minute, and this time Bruno answered for Georgetown, making it a 16-9 game with 5:36 to go. Gabriel scored with 4:56 left before Whitehurst scored her sixth in garbage time, completing the 17-10 win.

Georgetown advances to the championship game for a rematch with No. 13 Denver (14-2, 5-0 Big East) on Saturday at 2:30. The Pioneers won at Cooper Field at the start of April, outscoring the Hoyas 8-4 in the second half to come away with a 12-9 win. For coverage of that game, as well as the rest of Georgetown’s athletic programs, follow @GUVoiceSports on Twitter. 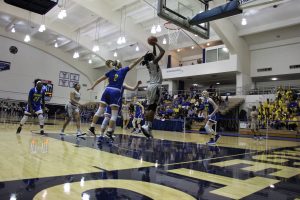 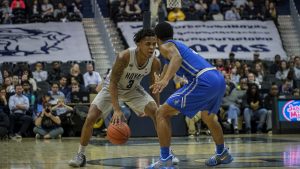