Have We Seen the End of the Cardi B v. Nicki Minaj Beef? 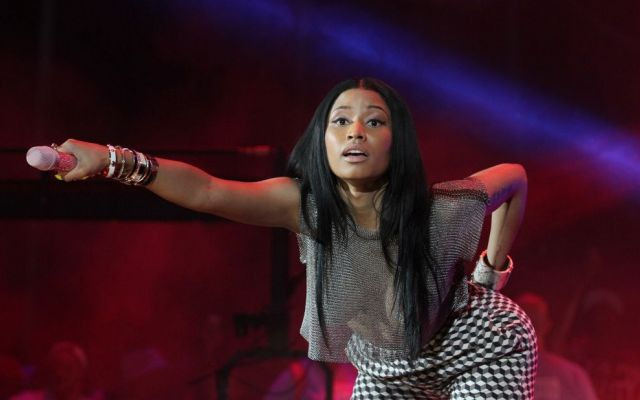 Burr vs. Hamilton. Stalin vs. Trotsky. Cardi vs. Nicki.

To the shock of her fans and haters alike, Nicki Minaj announced her retirement from music last Thursday. “I’ve decided to retire & have my family,” Nicki wrote in a since-deleted tweet. “I know you guys are happy now.”

Now, musical “retirements” are famously short-lived—looking at you, Jay Z, LCD Soundsystem, and Jonas Brothers. Time will tell if Nicki actually commits to leaving music or if this turns out to be some elaborate publicity stunt. In the meantime, however, let’s take a look at how we got to this point in this interborough feud.

Nicki is by far the veteran of the music industry in this beef, having produced multiple charting albums long before Cardi’s 2017 breakthrough single “Bodak Yellow.” After Bodak topped the Hot 100, Cardi and Nicki collaborated on rap trio Migos’ song “Motorsport.” The rappers seemed to have an amicable rapport, until Nicki slipped a subtle put-down into a track later in the year. “I heard these labels tryna make another me,” she rapped on “No Flag.” “Everything you getting little hoe is because of me.”

For a period following Cardi’s rise, tabloid news and fan accounts on social media seemingly rooted for beef. In April 2018, Cardi dispelled the rumors and called the feud “internet made-up.” Much of the social media controversy was based around the narrative that two female rappers couldn’t co-exist in one city, which is a blatant double standard. Commentators never try to instigate beef, for example, between 21 Savage and Childish Gambino, even though they are from the same city, occupy the same genre, and rose to fame at around the same time.

Of all the rappers in New York City, observers seem most eager to stir the pot between Nicki and Cardi, despite the fact that their music and rapping styles are not all that similar. Most recently, tabloid celebrity media has tried to create beef between Cardi and Megan Thee Stallion, even though there is little evidence of any existing conflict between the two. The hip hop world is more than large enough for two female rappers—to quote indie rocker Snail Mail, “female-fronted is not a genre.”

However, any semblance of a friendship between the two rappers evaporated on September 7th, 2018, at the Harper’s Bazaar New York Fashion Week party. Much like the Burr-Hamilton duel, the exact events of the night are hotly disputed. It is unclear who initiated the brawl (this video from the night doesn’t exactly add much context, besides the fact that there was a lot of yelling) but Cardi was rumored to have hurled a $537 high heel shoe at Nicki’s team before leaving with visible injuries.

Cardi, being the social media icon that she is, explained her actions on Instagram afterwards. “I’ve let a lot of shit slide,” she wrote, “but when you mention my child, you choose to like comments about me as a mother, make comments about my abilities to take care of my daughter is when all bets are fucking off!!”

Nicki later took to her weekly Beats 1 show, Queen Radio, to share her side of the brawl. She denied insulting Cardi’s parenting abilities, but cast doubt on the legitimacy of her success. “I never had to bang a DJ to play my songs,” Nicki said. “This woman’s at the highest point in her career and she’s throwing shoes?”

Despite Nicki’s wild accusations, the beef has mostly subsidized since the brawl and its immediate aftermath. Cardi has been busy raising her daughter Kulture, while also featuring on chart-topping albums from Lil Nas X and Ed Sheeran. Cardi had quickly become the bigger of the two names, at least in the first half of 2019.

Which brings us to Nicki’s retirement—to call it unexpected would be an understatement. After a relatively quiet period for the rapper, she returned strong over the summer with features on two hits—rising star Megan Thee Stallion’s “Hot Girl Summer” and fellow New York rapper Pop Smoke’s “Welcome to the Party”—the latter of which has become the unofficial anthem of this year’s Georgetown Football team.

Cardi stans on Twitter were quick to call the retirement a victory, but there is no clear connection between the prolonged beef and Nicki calling it quits. Cardi herself has been uncharacteristically quiet on the announcement, perhaps signalling her belief that the retirement will be short-lived. Meanwhile, Nicki recently announced her engagement to Kenneth Petty, and it’s perfectly possible that she is just burnt out from the music industry and wants a break.

It is easy to forget, amongst all the drama, how much both Nicki and Cardi have innovated within their respective subgenres. Internet culture has inspired fans not only to support their favorite artists, but also actively root against others. Despite this, the music industry is at its best when both Nicki and Cardi are creating.

If you are a fan of hip hop, there is no need to pick a side—just follow in Megan Thee Stallion’s wise words and root for the music.

“They’re two different people, two different rappers. It’s not even the same. I feel like we need to stop trying to compare them,” Megan said. “I love both of them.”

Have We Seen the End of the Cardi B v. Nicki Minaj Beef? – The Georgetown Voice | Lil Twist | lil-twist.com | Official News Source