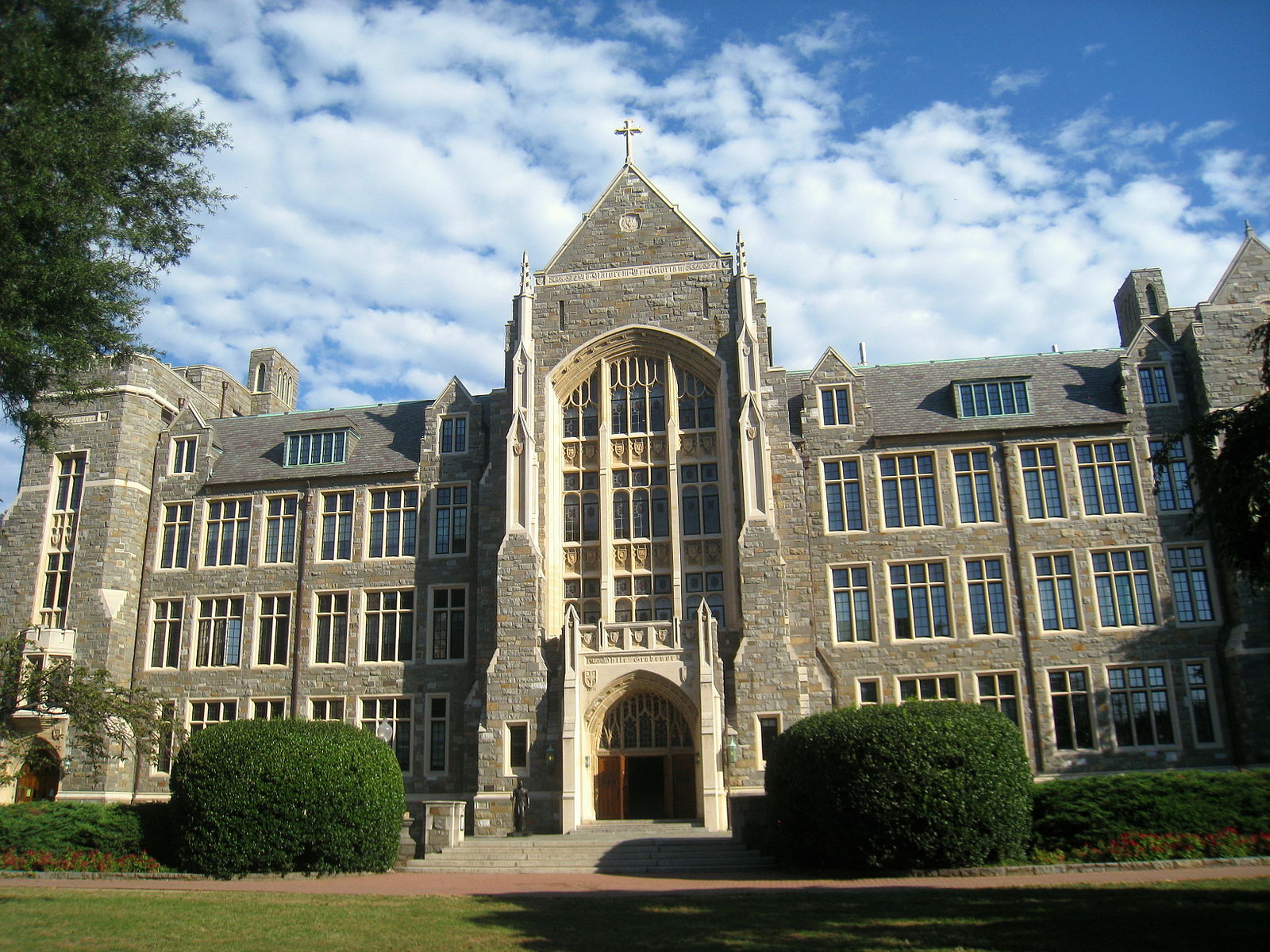 White Gravenor is an acedemic building on campus. Wikimedia Commons

The SAT is supposedly an objective, merit-based assessment; the harder you work, the better you score. But that’s not the reality. Family income and race play too large a role in determining a student’s score. As a result, the SAT is not a fair metric to assess a student’s performance in high school or to predict how they will perform in college.

Schools across the country, including Georgetown, use these tests as an essential part of their admissions processes. It is well-established that the tests give white and affluent students an advantage. Even a test that perfectly corrects for that bias would still reduce students to digits on a page, incapable of expressing their unique traits. Georgetown must make standardized testing an optional part of a student’s application because standardized testing perpetuates racist inequalities, privileges wealth, and does not reliably predict college readiness.

The SAT dates back to the 1920s, when psychologist and avowed eugenicist Carl Brigham helped create an aptitude test to be used in high schools. In his book, A Study of American Intelligence, Brigham wrote that standardized testing would prove that white Americans were superior and prevent “the continued propagation of defective strains in the present population”—mainly, the “infiltration of white blood into the Negro.”

The not-for-profit College Board began administering the SAT in 1934. Racial disparities in scores became evident, and by 1976, the College Board reported that the average black student’s SAT score was about 240 points lower than the average white student’s score. As recently as 2015, the top scorers on the math section of the SAT were 60 percent Asian, 33 percent white, 5 percent Latino, and 2 percent black.

These discrepancies are not a reflection of innate differences in intelligence, but the product of a society engineered to produce white prosperity. Segregationist housing policies, for instance, mean that black students disproportionately attend under-resourced schools starting in kindergarten. It is no wonder black students score lower on average than white students on standardized tests.

As family income increases, test scores also increase. According to the 2018 National SAT Validity Study, students whose families made between $40,000 and $80,000 annually had the same average high school GPA as more students whose families earned over $200,000. However, the two groups had a 169-point gap in their average SAT scores. Wealthy students can afford expensive SAT prep courses and tutors, which raise their test scores.

America’s most selective colleges are also the least socioeconomically diverse. The median family income of a Georgetown student is $229,100. 74 percent of our student body comes from the top 20 percent, while 3.1 percent comes from the bottom 20 percent. Georgetown claims to want to foster a community in diversity, but it’s clear that our admissions process has not created a community in socioeconomic diversity.

In May, the College Board announced an addition to the SAT called an “adversity index.” This index would quantify aspects of a student’s background that might influence their test results and provide a numerical score out of 100. Using students’ zip codes, the College Board would measure neighborhood crime rate, rigor of high school curriculum, parents’ education level, and housing instability. If the SAT needs a comprehensive adversity index to make it a fair test, then the test is in no way the unbiased standard many presume it to be.

In August, following backlash from parents and university officials, the College Board rolled back plans to implement the adversity index in favor of a Landscape” program. The program would provide both admissions officers and students with background information on a student’s neighborhood and school, but it would not generate a numerical score.

At the very least, the SAT is a mentally, emotionally, and financially draining endeavor. At Georgetown, the issue is particularly acute. In addition to an SAT or ACT score, Georgetown also strongly recommends three SAT subject tests, making it one of the more standardized- test heavy schools in the country. Becoming test-optional would decrease the stress and anxiety around the college application process

Going test-optional will not mean decreasing the quality of the applicants. It may just mean using alternative tools to measure the quality of an applicant. At Brandeis University, for example, students can choose to submit either an SAT or ACT, three subject tests, or a writing sample and extra recommendation letter.

There’s an opportunity here for us to do things differently. But in a larger sense, we should live up to our university’s guiding Jesuit value of cura personalis, which in this case means caring about the whole person. We must stop judging prospective students based on an unreliable number which doesn’t say anything about who they are. If we want to be Hoyas for others, and if we want to create a true community in diversity, the university must commit itself to becoming test-optional.

I wish that this article went into some of the implications of making Georgetown test-optional. Firstly, it would greatly increase the amount of applications sent to Georgetown. This obviously would require additional resources that need to be put towards these applications, potentially reduce the yield rate, and reduce the amount of time each application is looked at. Secondly, it would over-emphasize the role of a high GPA and “unique traits,” which could be more subjective and useless than the SAT. Thirdly, the explanation of the SAT perpetuating white prosperity is convincing, but conveniently ignores Asian students, whom I feel are unfairly lumped together with “affluent white students” in this analysis. I imagine that the removal of the SAT would not result in an increase in racial or socioeconomic diversity as the author assumes, but a decrease in the population of Asian students who tend to score highly on these standardized tests.

To clarify, I’m no fan of the SAT, but some of these implications might help explain why Georgetown hasn’t yet gone test-optional.