This past summer, the Working Group on Reforms to the Senate Ethics and Oversight Committee prepared a report to propose solutions to many structural limitations that have undermined the Ethics Committee’s ability to provide proper oversight over GUSA. In the coming days, the Senate will consider a bill that will co-opt many of the suggestions put forth in this report and codify it into the structure of the Ethics Committee. While I stand firmly behind the calls for ethics reform and applaud the members of the working group for their hard work, the proposed “cures” are worse than the disease of insufficient oversight itself and would only create more problems.

In their report, the Working Group argued that its reforms will “allow for further accountability across all of GUSA, rather than remaining isolated in the Senate” and “also strengthen communication between the branches and committees of GUSA.” It highlights how last year, the Ethics Committee was unable to address pervasive absences and unable to clearly navigate impeachment when the issue arose during the transition. However, instead of creating a separate Ethics Commission to actually independently manage these issues and guide the branches, the Working Group decided to propose structural changes to the committee that would defy principles clearly set out in the GUSA Constitution.

The GUSA Constitution creates a clear separation of powers between the Senate, Executive, and Constitutional Council to prevent abuses by any of the branches, especially the Executive. In fact, the Constitution reads that the President can only appoint for “all Executive departments, committees, councils, commissions, boards, agencies and other offices of the Student Association with the advice and consent of the Senate, govern and regulate all such Executive departments.” To disregard the autonomy of the Senate and allow Executive members to have voting power in regards to Senate affairs is dangerous and opens the door to unwarranted and unconstitutional power grabs.

A corrupt administration could easily result in unscrupulous cadres being appointed to fill those spots, especially given that the Senate already does little to no scrutiny of Executive appointees to begin with, and direct them to pursue actions to quash opposition within the Senate. If the proposed bill adopts the math of the Working Group Report, where in fact non-Senators would have a slim numerical advantage, this could seriously threaten the Senate’s ability to properly legislate based on the will of the student body.

In regards to student-body representatives sitting on the Ethics Committee, my chief concern is that the people who would apply to take those positions would not be fully representative of the student body. In the past, positions like these have largely been filled by friends of Senators or friends of Executives because these members of GUSA, naturally, recruit them to apply. It is not as common to see individuals apply out of nowhere to fill positions in GUSA and this means that the applicant pool will inherently be more self-selected and not nearly as representative as are, say, duly-elected Senators. This idea is not inherently problematic, but without proper safeguards, it could backfire horribly and open the door to more issues. And there is no shortage of good ideas to reform Ethics enforcement within GUSA.

Though I have enormous faith that President Francis and his administration would almost certainly not use these new powers to advance their agenda and personal ambitions, I do not have faith that the same could or will be said about future administrations. The recent history of GUSA and many of the large institutions on campus has shown a shocking prevalence of abuse of power and malfeasance, so I worry about what could happen to the millions appropriated through Student Activity Fees if these powers can be co-opted. For this reason, I urge my colleagues in the Senate to vote against this bill when it comes to the floor. 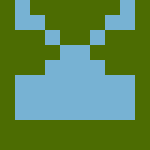 excuse me sir this is a wendys