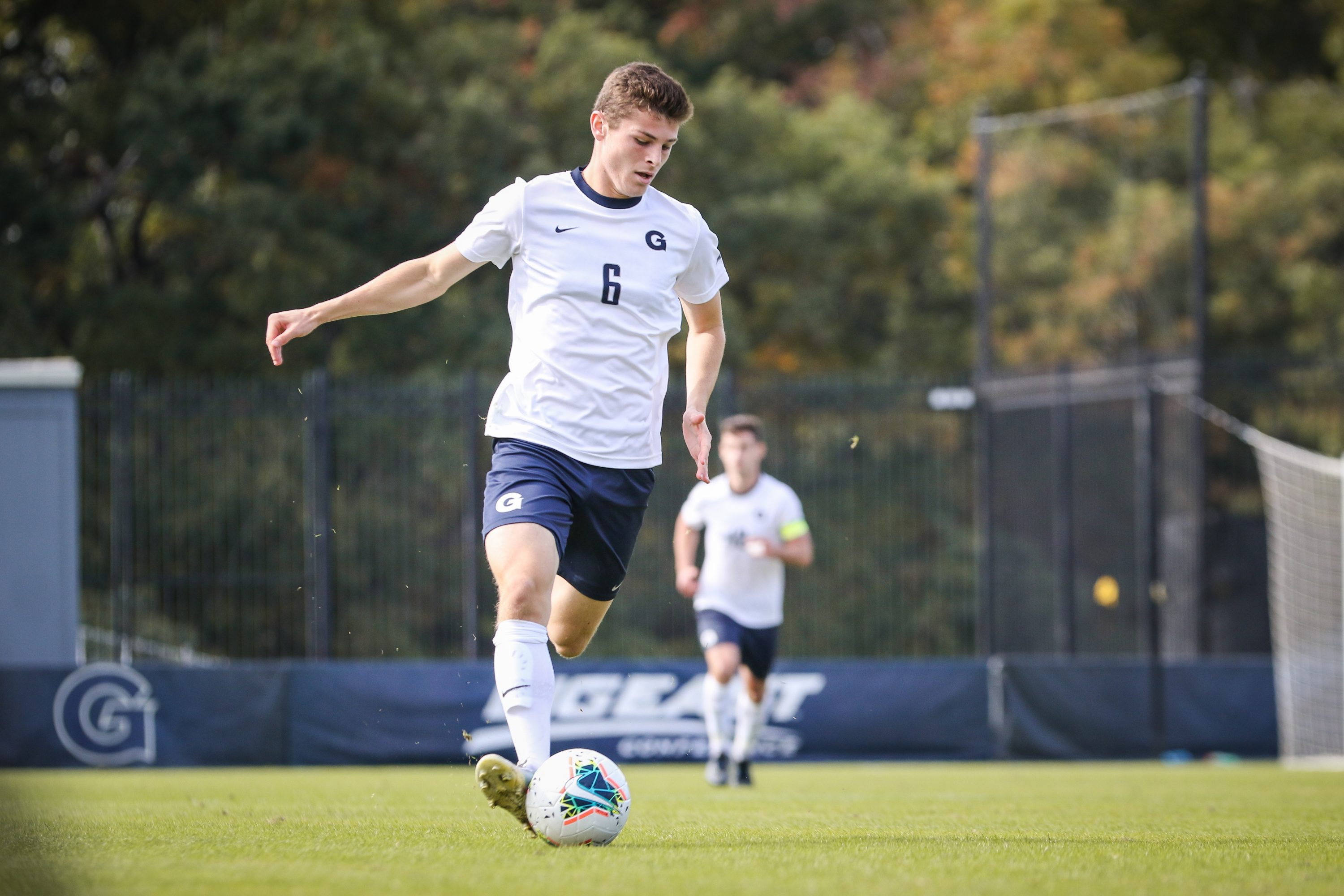 After an enormous victory over St. John’s midweek, the No. 7 Georgetown men’s soccer team continued its dominance over Big East opponents with a 3-0 win over Marquette Saturday afternoon at Shaw Field. A pair of quick goals gave the Hoyas a comfortable margin to work with as they settled into the game, and they eventually picked up a third early in the second half. Hot starts have been a consistent theme for Georgetown over the team’s six-game winning streak.

“It’s just our mentality,” junior midfielder Jacob Montes said. “In this game, coming out of that game against such a high-ranked team, Coach [Brian Wiese] just always emphasizes staying focused and getting the job done no matter who we play.”

In the opening few minutes, the Golden Eagles (7-7-1, 3-4-0 Big East) struggled defensively, handing the ball to Georgetown (13-1-1, 6-0-1 Big East) multiple times deep in their own territory. But the Hoyas did not take advantage, as they struggled to establish possession for any length of time. In the 13th minute, Marquette senior midfielder Connor Alba fired a left-footed shot from well outside the box that just sailed left of sophomore keeper Giannis Nikopolidis’ net, and it appeared as if the first half would remain a competitive back-and-forth affair. However, that would quickly change over the course of the next five minutes.

In the 17th minute, Montes got on the ball in the Marquette half and went on a brilliant dribbling run through multiple defenders. He eventually found graduate student midfielder Ethan Lochner for a one-two pass that got Montes through on goal. Montes could not reach the ball first, but instead of clearing, the defender directed the ball into the back of the net for an own goal. Despite the goal not being added to his season tally, Montes made a spectacular play to get the open space and was pleased to help his squad open the scoring.

“I got the ball,” he said, “it was put on my back, so I kind of turned him, saw Ethan in the split so I just played a one-two. A little tricky to get through and then obviously the defender hit it in for me. It’s always good to get the goal early for the team so it was a good start.”

The Golden Eagles’ problems at the back continued, and just a minute later, senior defender Dylan Nealis was taken down in the box for a penalty kick. Junior forward Derek Dodson, the team’s penalty specialist, deferred to senior forward Achara on the Hoyas’ Senior Day. Achara stepped up and placed the ball just left of sophomore goalkeeper Cedrik Stern’s dive to double the lead.

“For me, the emblematic moment of the game was the penalty kick,” Wiese said after the game. “Derek Dodson is our first choice penalty taker and he shuffles the ball over to Achara without even thinking about it. Achara scores it and away we go. There’s a real unselfishness to this group which is pervasive and probably why we’ll be successful long-term.”

Five minutes later, Marquette nearly cut the deficit in half, as senior forward Josh Coan tried to catch Nikopolidis out of position with a shot from the halfway line, but it sailed just over the crossbar.

By the later stages of the first half, the Hoyas began to control the ball more and their defense prevented any easy opportunities for the Golden Eagles.

“We’re super confident in the back,” senior defender Dylan Nealis said of the backline that has conceded zero goals in their last seven games. “I think no matter who it is behind us, Giannis or [freshman goalkeeper] Tomas [Romero], we feel confident in both of them. We’ve been on a hot streak right now.”

The Hoyas nearly increased the lead to three several times before halftime. In the 38th minute, sophomore midfielder Sean Zawadzki found freshman forward Will Sands with some space in the left area of Marquette’s box, but the subsititute’s shot just missed the near post. A minute before the intermission, senior forward Jack Beer had a chance with a daring left-footed effort from outside the box, but his shot deflected off the crossbar, and Georgetown had to settle for a 2-0 lead at the break.

Coming out of halftime, the Hoyas kept up the pressure on Marquette’s net with a series of opportunities that eventually led to a third goal in the 55th minute. With an incisive pass from Montes putting Achara through on goal, all the latter had to do was slide the ball across the face of goal towards Dodson, who was patiently waiting to tap it into the open net.

After the Hoyas picked up that third score, they controlled the majority of possession and the tempo for the remainder of the game, allowing Wiese to empty his bench and use a total of 22 players in the Senior Day matchup. Marquette got off just one shot the rest of the way, in the 68th minute, which was safely managed by Nikopolidis, and the Hoyas emerged triumphant, securing a 1 or 2-seed in the Big East Tournament in the process. After the game, Wiese reflected on his team’s winning mentality.

“This group, to their credit, hasn’t had a single match all year where we haven’t come out with the intent to play well,” he said. “Even the 0-0 draw at DePaul, the guys showed up that day, they just didn’t score. If you really look at what they were doing, their energy level, their mentality, was really good. For me, this starts to become what the team is. They show up, they know they have to play, they have to perform.”

The Hoyas have two regular season games remaining on their schedule, beginning with an away match at Villanova (8-6-1, 1-4-1 Big East) next Saturday. Kickoff is scheduled for 1:00 p.m. ET with live stats and a stream available at guhoyas.com. For continued coverage of all Georgetown sports, follow @GUVoiceSports on Twitter. 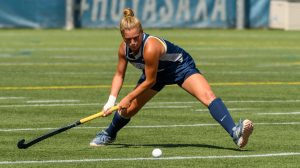