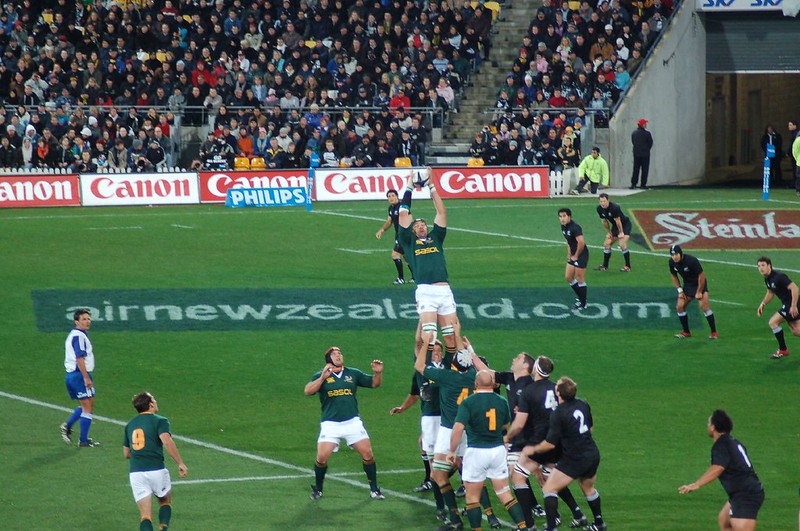 The last time English head coach Eddie Jones faced South Africa in the World Cup, he led Japan to one of the greatest upsets in the history of the game. He was prepared with a game plan to face a bigger, more physical opponent, and his team did what they needed to do to win. Last week, Jones pulled the same thing off against the two-time defending champion New Zealand All Blacks, winning their semifinal match 19-7.

That score does not do the English performance justice, however. They completely dominated the game, and would have scored more if not for some inopportune penalties leading to tries being called back. They won the possession battle, and when the All Blacks did have the ball, they made them play in their own half. But most impressively, England won at set pieces and at the breakdown. They held all their own scrums, and won 20 lineouts, including two steals on New Zealand throw ins, and won more rucks and mauls than their opponents. This created 15 turnovers and forced New Zealand to concede 11 penalties. England slotted four penalty goals for 12 points, which was ultimately the difference on the scoreboard.

Jones has a track record of having a plan in place to win the game at hand, and his team played a complete match of dominant rugby to make it to the finals. It was likely the game of their lives as a unit, so if they can return the same level of execution and physicality on Saturday remains to be seen, but what is a very good sign for them is that the way they beat the All Blacks is exactly the kind of game their opponents will want to get into.

South Africa had a far less convincing victory to make it to the final, but demonstrated exactly the kind of game they want to play, and that they excel at. Despite holding the ball for nearly 20 minutes less than Wales, the Springboks were still able to dictate play and hold on to win 19-16. They refused to play in their own half, opting to kick for territory and maybe getting lucky and recovering it instead of trying to build an attack through a couple of phases. Fortunately for them, Wales had much the same game plan in mind, and the teams combined for 81 kicks.

What ultimately swung the game to South Africa was the laurels they rest on, being big, being mean, and wearing down their opponent until something gives. This means huge, driving mauls, and scrums that make their opponents look completely outmatched. Both of these can be a launch point for an attack from their speedy (and still very large) backs, or they can force the other team into committing a penalty, letting them kick for points, as fly half Handre Pollard did four times during the match.

These teams do not have contrasting styles, per se, but South Africa takes the field position game to the nth degree. If they can force England into a kicking battle and slow the game down, getting in more hits, more rucks, and more chances to push the England front row around in the scrum, the Springboks could walk away with a victory that appears a whole lot closer on the scoreboard than it does on the field. Even then England showed against New Zealand that they have the ability to get into a game like that and make it out in front.

But I don’t think that’s going to happen. England has a penchant for scoring a try early in the game, pulling some play out of their back pocket to try and get the lead within the first few minutes of the game. Against the All Blacks, Manu Tuilagi scored two minutes in and England never looked back. An early score might force South Africa’s hand to let the game open up a bit. With more space for Billy and Mako Vunipola to rumble, and room out wide for Tuilagi, Johnny May, and captain owen Farrell, England could put up scores fast.