The GUSA Senate passed resolutions to support the decriminalization of sex work in D.C., an upcoming walkout in support of the Deferred Action for Childhood Arrivals (DACA) program, and the naming of the new MedStar surgical pavilion after a prominent alumna at their Nov. 3 meeting.

Sen. Eric Lipka (COL ’23) and GU Pride co-sponsored a resolution to support D.C.’s Community Safety and Health Amendment Act. Currently under consideration by the D.C. Council, the act would decriminalize sex work in the District among consenting adults. The bill currently sits in the Council’s Committee on Judiciary and Public Safety.

Under District law, it is illegal both to buy and sell sex. Mayor Muriel Bowser, the Office of the D.C. Attorney General, and the National Organization for Women have registered their opposition to the act. Supporters include prominent LGBTQ rights groups such as the Human Rights Campaign and Lambda Legal, as well as the American Civil Liberties Union.

Sam Dubke (SFS ’21) shared his concerns that the Senate would send a message in support sex work by passing the resolution. “I don’t think it’s something we should condone as a body,” he said. “I can’t vote on something that encourages this kind of work.”

Lipka responded in support of destigmatizing sex work. “I just think that views like that just feed into the stigmatization of the issue,” he said. “This is valid work, real work.”

The bill passed with 20 votes in favor and six votes in opposition.

Sen. Zamudio (COL ’20) introduced a bill to support the demonstrations that will occur Nov. 8 concerning the Supreme Court’s hearing on DACA. Hoyas for Immigrant Rights will be leading a group of students in support of DACA in a demonstration on Copley Lawn with the support of several student organizations. The resolution praises the university for its support DACA recipients, and urges organizations and students to both stand in solidarity with undocumented and affected students, and to attend the walkout if they are able.

The demonstrations will be attended by staff at the Center for Multicultural Equity and Access (CMEA), the Georgetown Scholarship Program (GSP), and the Center for Social Justice (CSJ).

Dubke suggested that “there’s a fine line between supporting undocumented students while discouraging the act of illegal immigration,” stating that the resolution did not accomplish this.

Sen. Alexandra Mucher (COL ’22), however, stated that she did not believe it was GUSA’s role “to be discouraging illegal immigration,” and highlighted the resolution’s potential to support undocumented students and students with undocumented family members.

Sen. Daniella Sanchez (COL ’22) introduced a resolution supporting naming the new MedStar surgical pavilion after Georgetown Alumna Sister Dr. Eileen Niedfield (MED’51), the valedictorian of the first class of women graduates of the medical school. Sanchez cited Niedfield’s historical importance to the university and the lack of buildings honoring women on campus as support for the resolution.

The bill was inspired by an op-ed written by C.C. Borzilleri (COL ’19) in January in the Hoya. “Recognizing Niedfield, who dedicated her life to others and served people in need worldwide, would bring attention to one of the most incredible students to graduate from the university,” Borzilleri wrote.

A co-sponsor of the bill, Sen. Joshua Marin-Mora (SFS ’21), said the building had not yet been named.

The resolution also included a petition that will be sent to the student body. Students can then sign the petition to demonstrate their support for the proposed name.

The bill passed the body unanimously. 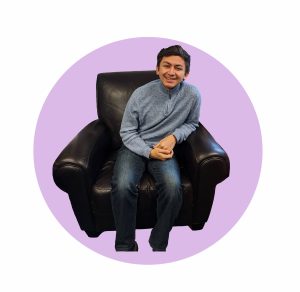