Something deeply important is unfolding on the Georgetown campus this fall: the university’s graduate assistants, represented by their union, the Georgetown Alliance of Graduate Employees (GAGE) are negotiating their first bargaining agreement with university officials. Georgetown’s graduate assistants chose to be represented by GAGE, an affiliate of the American Federation of Teachers, by a vote of 555-108 on November 8, 2018.

This is a historic development of which this university can be justly proud, for Georgetown is one of the few private universities in the country that has recognized the right of their graduate assistants to form a union, and that has committed to negotiating with the union in good faith.

To appreciate the importance of this negotiation, consider what has happened recently at other Catholic and Jesuit institutions when graduate assistants have attempted to unionize. In February 2017, graduate employees at Loyola University of Chicago (LUC) voted to unionize in an election supervised by the National Labor Relations Board (NLRB); in September 2017, graduate employees at Boston College followed suit and also chose a union in an NLRB-supervised election.  Realizing that the NLRB’s membership was in the process of being reshaped by Donald Trump’s appointees, who made clear that they opposed union rights for graduate assistants, both universities simply stonewalled their graduate assistants and waited for help from the Trump appointees. That “help” came this past September 23, when the NLRB announced a rule change that would henceforth bar graduate assistants from forming unions under its jurisdiction.

Foreseeing that eventuality, Georgetown drew on Catholic social teaching supporting workers’ rights to union and bargain collectively and adopted a different and far more just approach on April 2, 2018.  After considering the issue from several angles the university decided that it would adopt an independent route to graduate unionization so that it could chart its own course, no matter what direction Trump’s NLRB took. Georgetown asked for an election to be monitored not by the NLRB, but by a non-governmental entity, the American Arbitration Association. The contract now being negotiated will represent a compact between the university and its assistants capable of withstanding whatever further twists and turns may come in federal policy (which historically has been fickle when it comes to the protection of workers’ rights to unionize).

In taking this approach, Georgetown confirmed a commitment it made fourteen years ago in 2005, when it promulgated its visionary Just Employment Policy.  That policy guarantees employees a living wage and recognizes their right to organize and bargain collectively.  It remains arguably the most progressive such policy laid down by any U.S. university. The forthcoming Georgetown-GAGE contract will be among the policy’s most important fruits, for it will help point the way forward for other universities in an otherwise backward and regressive time.

No doubt we will soon find, as those on many unionized public university campuses have already found, that graduate employee unionization is a positive good.  Grad assistants are not only students; they are also workers. They grade papers, teach classes, run labs and discussion sections, conduct research for professors, and more for their pay. Consequently, they face distinct issues not faced by grad students who are not employed by the university. Many of those issues—such as the level of their compensation or the details of their health coverage—can’t be dealt with on an individual and case-by-case basis: they require a collective solution.  Collective bargaining can deliver that.

But the contract now being negotiated is about more than dollars and cents; it is also about the quality of our university community. Organization will help grad students surface issues of which the university is unaware. Addressing those issues will improve our graduate education experience and help us continue to attract top graduate students in the future.  It will promote dialogue and joint problem-solving. It will result in a fairer, more inclusive, and more equitable graduate work experience.  It will ensure that a wider range of voices will be heard when the university considers how best to pursue its mission and the common good. And, importantly, it will give Georgetown’s grad assistants a vehicle through which to participate in the broader struggle being waged across the nation by unionized higher ed workers and their allies against the growing corporatization of academia.

So take notice, Georgetown, something profound is happening in your midst: in the polarized America of 2019, two groups whose perspectives and priorities naturally diverge on occasion (as happens in all employer-employee relations) are sitting across the table from each other, negotiating win-win solutions to the problems that confront them.  As the saying goes, this is what democracy looks like. And that’s something to celebrate. 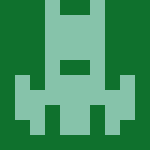