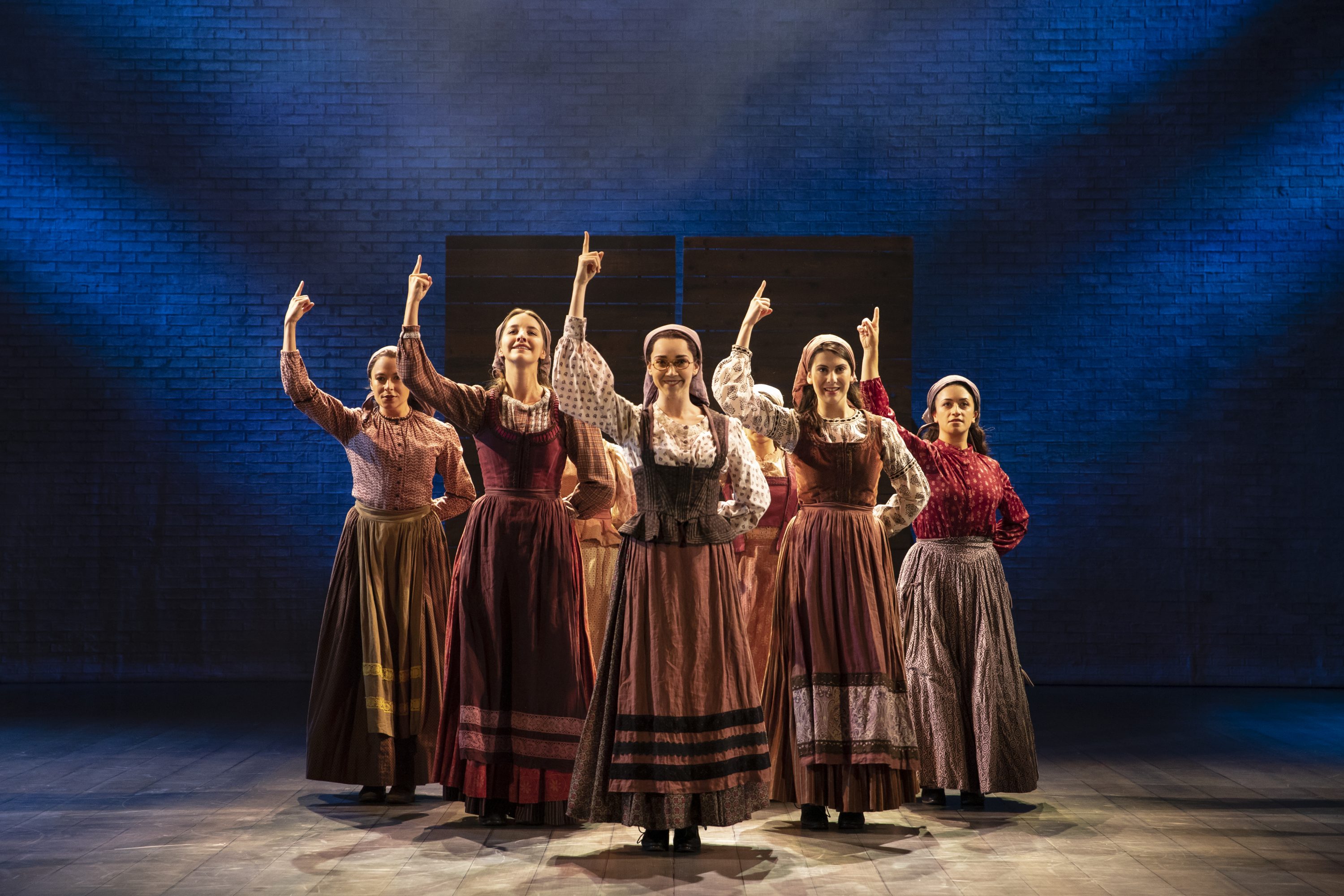 Perhaps one of the most defining moments of a young Jewish child’s adolescence is seeing Fiddler on the Roof. The musical, first performed in 1964, is a celebration of love and faith, as well as an ode to the hardships of the Jewish people during the late 1800s and the early 1900s.

Uniquely, Fiddler on the Roof can be performed in Yiddish or in English. The National Theatre in D.C. is showing the English version of this classic musical.

Set in the quaint, old Russian village of Anatevka, the production opens with the Fiddler (Ali Arian Molaei) strumming his violin to the illustrious tune of “Fiddler on the Roof.” As the violin plays, smiles creep across the (mostly older) audience. There is a clear air of sentiment around the theatre as the audience reminisce on their first viewing of this play. For newcomers, this short violin piece provides only a sneak peek into the wonderfully catchy tunes to come.

Then, Tevye (Yehezkel Lazarov), father to five daughters and husband to Golde (Maite Uzal), comes onto the stage, signaling the beginning of the great musical. The show follows Tevye as three of his daughters get married. He struggles to accept his daughters’ choice of partners as they each choose to marry their love (while the village norm is to be set up by the town matchmaker (Carol Beugaurd)). The set is part of the nostalgia of the show. There is the staple well in front of Tevye’s house where his two eldest daughters both ask his blessing for their unconventional weddings. The sunset background illuminates the cast in a glow of orange as they belt out “Sunset, Sunrise.” The Fiddler continually pops up in the background of the musical acts, reminding the audience that the lives of Tevye and his family are as unpredictable as a Fiddler perched on a roof.

Besides the music of the show, the choreography and production design are nothing less than spectacular, after all Fiddler on the Roof is a Tony award winning show! Each dance number is more dramatic then the next, keeping the audience on the edge of their seats. Perhaps one of the most masterfully executed numbers was the dream scene where Tevye retells a (fake) dream to his Golde with the intention of persuading her that it is right for their eldest daughter to marry her true love rather than the old man the matchmaker found for her. Nightmarish facemasks dance in the background of the musical number as long-dead Grandma Tzeitel (Brooke Wetterhahn) descends over Golde and Tevye, commanding them to let their daughter marry the man of her choice. It is hauntingly beautiful with some of the most intricately decorated costumes of any musical.

At the wedding of his oldest daughter there is a wonderfully complex, yet brilliantly fascinating scene where some of the Jewish men from the village dance a traditional program with bottles of wine on their heads. As a little girl, I remember being mesmerized with this dance and not much has changed, I am still in awe with this magical number.

Overall the production was very professional. Lazarov and Uzal excellently accentuated their character’s personality: Tevye’s sarcastic one-liners made the audience laugh every time and Golde’s attitude and sass reminded much of the viewers of their own stubborn Jewish mothers’. For instance, Tevye would continually respond to his wife’s criticism of his laziness by quoting the “good book,” except that his quotes were never actually from The Bible, but instead his own sarcastic and sassy twist on a generic theme from The Bible. The audience roared in laughter after everyone of these sarcastic remarks. However, Uzal perhaps stole the show. Her voice beautifully belted out high notes and her acting truly made the audience feel like they were in her Jewish home.

There were some minor hiccups with a few of the characters’ pronunciations and some of the men’s cast could have sung with more intention, often missing notes and speaking their lyrics instead of belting them out. For instance, during the male dominated number “L’Chaim-To Life!,” the singing was quite off with many notes falling flat and many Russian words mispronounced. However, the intricate and well-executed dancing made up for these small issues. In numbers where the whole cast was on stage completing difficult choreography, it was amazing that no one bumped into each other. The cast seemed to glide across the stage in organized, beautiful chaos.

The musical is a cautionary tale about love and happiness, but it also confronts the viewer with some insight into what the Jews endured during the terrible pogroms in Russia. During these raids, Jews were violently forced out of the villages they and their ancestors had inhabited for centuries. Set before World War I, the show foreshadows what haunting times are to come for the Jews. As the story comes to an end, Tevye’s family splits up with only some of the family going to America. The rest stay in Europe until they can earn enough money to come to America. You can’t help but leave the musical with a small twinge of guilt for those who remain in Europe.

Although Fiddler on the Roof is thought of as a “Jewish” play, this English production is a great option for people of all ages and all faiths. The music and dancing are iconic and the subject matter is relatable for many audience members. Experience this classical musical at the National Theatre through Dec. 15.

More: Fiddler on the Roof, The National Theatre, theater review 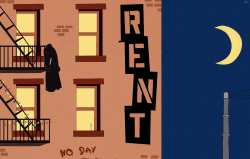