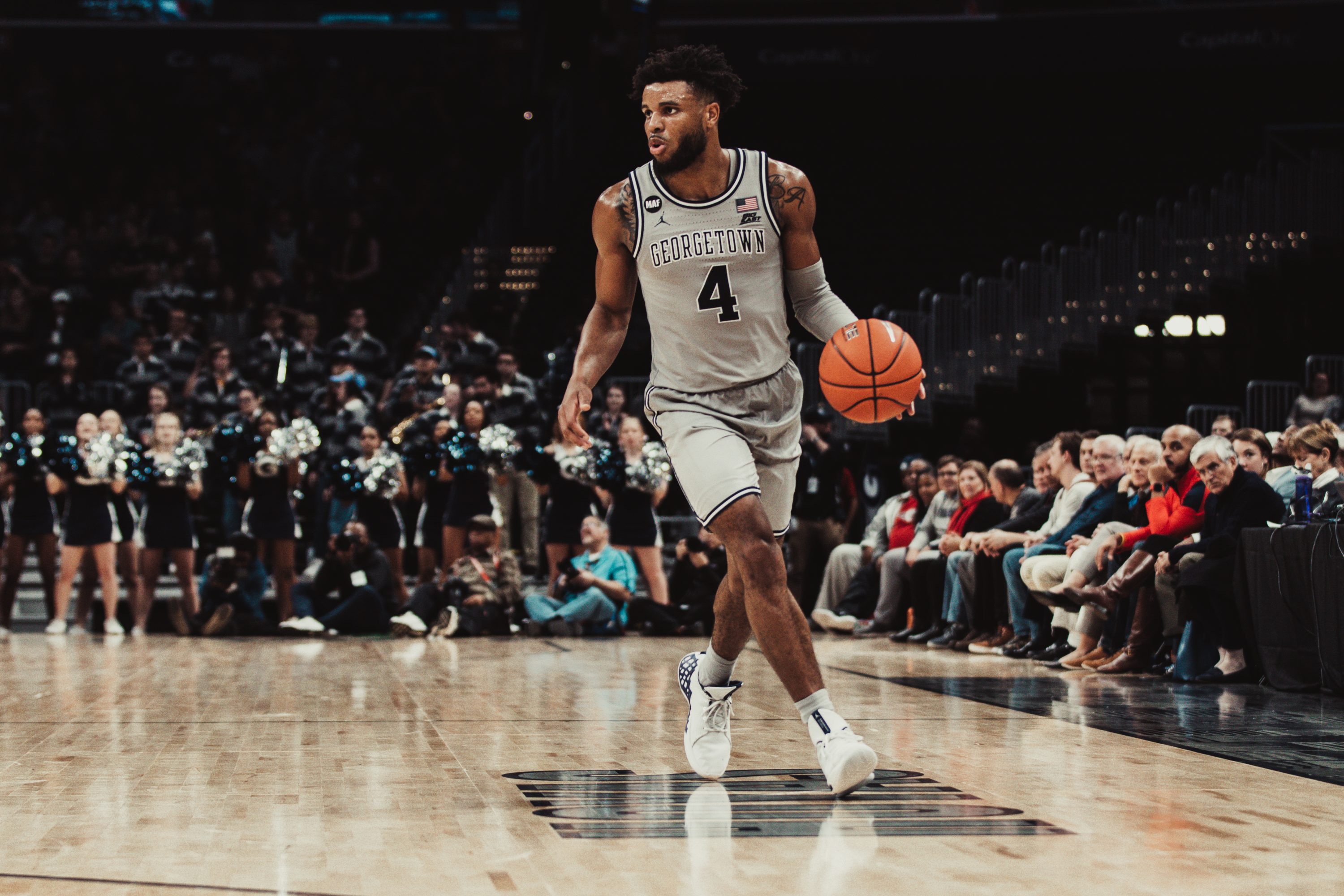 Following a hard-fought victory over No. 25 Creighton on Wednesday, the Georgetown men’s basketball team aims to build off its second conference victory with another home matchup against Marquette on Saturday. The Hoyas (12-6, 2-3 Big East) and Golden Eagles (12-5, 2-3 Big East) are scheduled to tip-off at 2:00 p.m. ET at Capital One Arena, with the game available on Fox Sports 1 and live stats at guhoyas.com.

Against No. 14 Villanova last weekend, the Hoyas played a tight first half, but let the game slip away after the intermission. Facing the Bluejays, the Hoyas again kept it close early on, but were able to frustrate Creighton’s shooters and maintained a slim lead throughout the second half. Despite allowing 80 points for a second-straight outing, Georgetown’s perimeter defenders were able to hold Creighton’s two standout guards, junior Ty-Shon Alexander and sophomore Marcus Zegarowski, to 12-of-31 combined shooting.

Offensively, senior center Omer Yurtseven had a huge bounce-back game. After being held to just 10 points against a small Villanova lineup, the seven-footer put up 20 points and 13 rebounds on an efficient 9-of-14 from the field. Sophomore guard Mac McClung was also solid with 19 points on 50 percent shooting, while junior guard Jahvon Blair made his mark off the bench with 12 points, including a pair of timely 3-pointers. Senior guard Jagan Mosely continued to provide versatile play, with scrappy defense to go along with a line of 13 points, four assists, and four rebounds over 40 minutes of playtime.

After finishing second in the Big East last year with an overall record of 24-10, Marquette has been less impressive this season. Star guard Markus Howard decided to return for his senior season, but the Golden Eagles lost both Joey and Sam Hauser to transfers after they were key components of the starting lineup last season. Howard has continued his stellar play, leading the nation with 27.3 points per game, but he will need more help for Marquette to compete on the national stage. The team’s second-highest scorer is senior guard Sacar Anim at just 12 points per game, and no one on the roster is averaging more than three assists or six rebounds.

Marquette defeated Villanova back on Jan. 4 when the Wildcats were ranked in the top-10, but subsequently fell at home in overtime to Providence and away at Seton Hall. Most recently, the Golden Eagles recovered with a 20-point win over Xavier on Wednesday. Howard again carried the load with 35 points on nearly half of the team’s total shot attempts. Junior guard Koby McEwen, junior forward Theo John, and Anim all reached double-digit scoring in the win, and their continued production will be much needed against the Hoyas.

For the Hoyas, the biggest task will be slowing down Howard, who was forced out of their first matchup last season just three minutes in, before putting up 28 points in Georgetown’s 86-84 win in the final game of the regular season. Mosely and graduate guard Terrell Allen will be largely tasked with defending Howard, who is a threat from deep as soon as he crosses half court.