When Lebron James left the Miami Heat in the summer of 2014 to rejoin the Cleveland Cavaliers, the Heat still felt optimistic regarding their future as All-Stars Chris Bosh and Dwyane Wade remained with the team. The Heat had been to the NBA Finals the prior four seasons, including winning two NBA Championships, and had no intentions of letting up for their upcoming seasons. Unfortunately, Bosh would go on to play just 97 more games in his NBA career before blood clots in his leg forced him to retire prematurely in 2019. Wade, battled injury as well and played just two more seasons with the Heat before leaving in free agency to join the Chicago Bulls in 2016. After these unfavorable situations played out, you would think the Heat would have to undergo a full rebuild as they were left with no star players on their roster.

Surprisingly, however, the Heat have remained competitive in the Eastern Conference to this day after the departures of James, Bosh, and Wade. They have never finished below tenth in the Conference, and although they have only made the playoffs twice out of five seasons since losing Lebron, they are currently second in the Eastern Conference and are looking to make a run at the Finals this season.

How you may ask, has this team remained consistent after it lost all of its ‘Big Three’ members and has selected top ten in the NBA draft just once (Justise Winslow, Pick 10, 2015) since its last Finals appearance? The answer: their strong internal development that gets little to no recognition. The Heat have time and time again turned undrafted and waived players, second-round picks, and other castaways into solid starters and rotational options that keep this Miami team afloat.

This season, it is easy to see. Although Jimmy Butler gets much of the praise related to the Heat’s current success, they would be nowhere near as successful as they are now without the other players on this team complementing Butler.

Let’s start with Kendrick Nunn: an undrafted guard out of Oakland University who played in the G-League all of last season, he is currently second on the Heat with 16.2 points per game. He is doing this on a very efficient 46.1% from the field and averages two threes made per game. Nunn also averages 3.5 assists per game and is able to get his teammates involved as well as score in bunches. Nunn has gone from undrafted to a starter on a top team in the East in a span of a year––pretty crazy to think about. Nunn’s tremendous production has landed him Eastern Conference Rookie of the Month for November and kept him competitive for the Rookie of the Year Award.

Another standout performer this season has been another undrafted player, Duncan Robinson (University of Michigan), who is currently in his second NBA season, both coming with the Heat. Robinson played on a two-way contract for the Heat in his first season and only appeared in 15 games. However, he was given a guaranteed contract last offseason and has been huge off the bench this season. Robinson currently averages 11.8 points per game on 45.7% from the field, as well as a fiery 42.9% from 3-point territory. He averages 3.3 threes made per game, and is fifth this season in three pointers made. Along with this, he shoots the highest percentage from three out of the top ten leaders in three pointers made. He has been absolutely stroking it from deep this season, and has been an integral piece of the Heat’s bench. With top-minute getters Jimmy Butler and Justise Winslow both shooting below 30% from deep this season, Robinson has provided a much-needed, consistent three-point shot to help space the floor.

Now we turn to yet another undrafted player who has been key to the Heat’s success this season. Sense a pattern? This player is Derrick Jones Jr., who went undrafted in 2016 out of UNLV. Jones then signed on with the Phoenix Suns, where he appeared in 38 games over a season and a half before being waived. The Heat saw potential in Jones, and inked him to a two-way contract midway through the 2017-18 season where he saw the floor on a very limited basis. That offseason Jones was signed to a standard minimum contract by the Heat and started to become more involved on the court, averaging seven points per game over sixty games last season. This season, he has become an even more important part of the team as he is averaging career highs in minutes, points, rebounds, assists, and steals. Jones is a freak-of-nature athlete who can soar to incredible heights to grab rebounds, throw down dunks, intercept passes, and block shots. He is not a three-point presence, but is hard to stop in transition or when he gets even a slim look at an open lane.

As you can see, the Heat make a lot out of a little, and all three of the players I just listed are making under $2 million this season. Nunn and Robinson have team options for the same low price next season, while Jones is in a contract year and is bound to make much more money wherever he may go.  It is players like these that define top NBA teams. As we have seen with one-man shows like Devin Booker in Phoenix, just having a star isn’t enough. You need consistent players playing with the stars in order to compete, and the Heat have done just that. Even more impressively, they have done it all from internal development.

As I previously stated, this is nothing new for the Heat, as they have been able to stay competitive for this long due to developing players that other teams are not gunning for. An easy example of this is Hassan Whiteside, a second round pick by the Sacramento Kings in 2010 who was waived by the Kings after two underwhelming seasons in which he played in just 19 games. After being waived, Whiteside bounced around in the D-League and overseas before being signed in 2014 by the Heat. Whiteside would go onto have a very productive five-year stint with the Heat where he would average a double-double and at least 1.7 blocks per game each season. During the 2015-16 season Whiteside averaged a league-leading 3.7 blocks per game, and during the 2016-17 season a league-leading 14.1 rebounds per game. This is a guy who was out of the league for two whole seasons because no team would take a chance on him, yet transformed into a dominant big man for the Heat.

Other examples of the Heat’s development over recent years include undrafted guard Tyler Johnson, who became a double-digit scorer for the Heat before being traded to the Phoenix Suns. There is also Josh Richardson, a second round pick by the Heat who became a starting guard who averaged as many as 16.6 points per game before being dealt to the Philadelphia 76ers in exchange for Jimmy Butler.

True consistency in the NBA has been based off internal development over the past decade. There are teams like the Lakers and Knicks who hope and pray each offseason that they will land a top free agent, but more often than not end up as a bottom feeder (although the Lakers have made some big moves recently). Then, there are the teams who are always in it: star or no star. The Jazz, Raptors, Nuggets, and especially the Heat are all teams that focus on building from within. They all have a lot of success to show for it. The Heat have a legitimate chance to compete for a run at the Finals this season, and if everything goes right, it’ll be their foundation that gets them there––not just their stars.

Alex Brady
Alex is a junior in the MSB from Chicago. He is a sports junkie who loves basketball and his hometown Bulls. 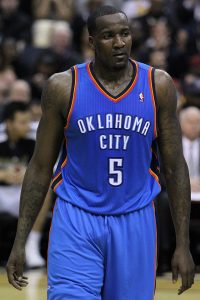