The Boston Pride Are Unstoppable, Even After Their First Loss Of The Season 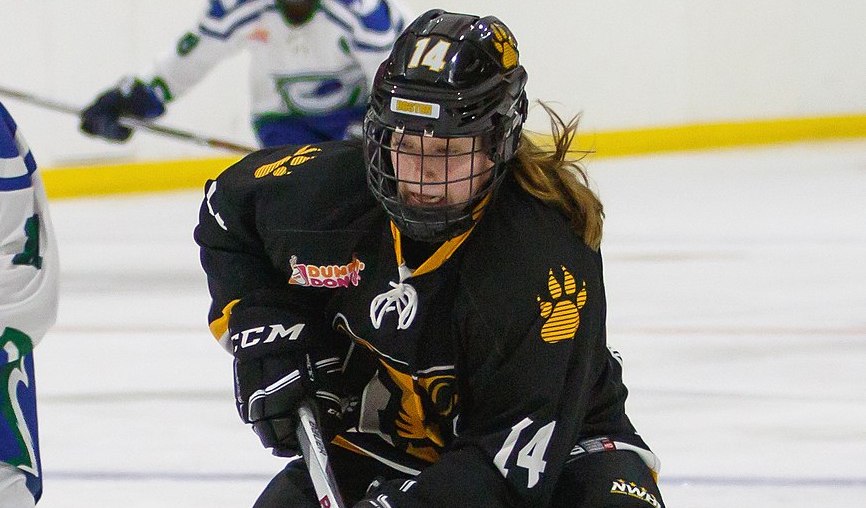 The Boston Pride lost Saturday, 4-3, on the road to the Minnesota Whitecaps. That might be a fairly unremarkable sentence if it weren’t the team’s first loss of the season, and if that first loss didn’t come until the 20th time they stepped out on the ice, only 5 wins away from completing a perfect regular season.

Ultimately, this loss is only going to be a bump in the road for a team that has been rampaging through the NWHL this season. The Pride returned to their winning ways on Sunday, downing the Whitecaps 4-2 in the back half of their weekend series in St. Paul, showing once again just how scary good they are.

During their win streak, the Pride were not just winning, they were blowing teams out of the water. Their goal differential through 21 games is +66, winning by an average of three goals a game. At 108 goals on the year, they have more than twice as many goals as each of the bottom three teams in the league, and 26 more than the second place Whitecaps (82). The Pride have allowed the fewest goals (42) in the league on their way to 40 points in the standings (20-1-0) and clinching the first seed for the Isobel Cup Playoffs (named for Lady Isobel Gathorne-Hardy, Lord Stanley’s daughter) with 3 games remaining in the regular season.

The team’s overall success has been fueled by having some of the top players in the league suit up for them game after game. Forward Jillian Dempsey, who will be serving as one of the captains for the upcoming All-Star game, leads the league in points (36) and assists (21) and sits third with 15 goals. McKenna Brand is not far behind as the league’s second-leading goal scorer (17) and second in all scoring (31 PTS, 14A). Dempsey and Brand are both shooting at over 10 percent (.112 and .130, respectively). So are seven other players on the team. And (while I think it is a silly stat that really does not speak to a player’s contribution to a team but people who refuse to accept “fancy stat” innovations continue to tout it), no one on the team has a negative plus/minus rating.

Special teams is no different. The Pride have scored on 22 percent of powerplay chances, and killed off 89 percent. Even when excelling with the powerplay, only 20 percent of their goals have been scored outside of 5-on-5 play.

Backing up the scoring is the best goalie tandem in the NWHL. Victoria Hanson and Lovisa Selander lead the league in goals against average at 1.97 and 2 goals a game, respectively. Selander leads the league in save percentage, stopping 93.4 percent of shots faced. Hanson is not far behind at 91.9, good for third in the league.

To go on a 19-0 run to start the season obviously requires some luck. But when a team is this good, how much luck is it really? The Pride have only been taken to a shootout once, and they came away from it victorious. Looking at their Pythagorean win percentage (a predictive measure of how many games a team should have won based on a ratio of goals for and goals against) their expected win percentage is .868, a 18-3 record through 21 games. Boston has won two one-goal games, and if those go the other way you’re at that predicted record.

Even then, an 18-3 record is absolutely dominant, and at this point it feels like there is only one way this season can end, with the Pride lifting the Isobel Cup just like they did at the end of the league’s inaugural season in 2016. Anything can happen when teams take to the ice, which is why you play the game, but if one of those teams is the Pride, the other team doesn’t stand much of a chance.